Top 5 things to check out in Toronto 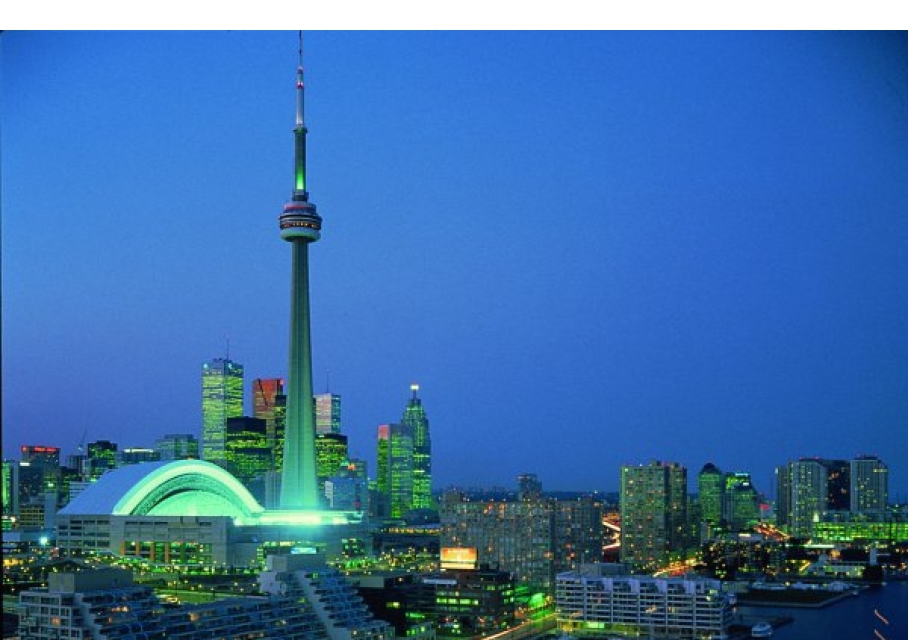 Number one: The CN Tower is Canada’s most recognisable icon and it is the world’s tallest building and free standing structure with panoramic views of Toronto. At a height of 1,850 feet 5 inches it is Canada’s national tower, an important Telecom hub and the centre of tourism in Canada with more than two million international visitors annually. Things to do in the Tower include shopping, eating over one thousand feet above ground at the revolving 360 restaurants and of course enjoying the view.

Number three: Chinatown. Toronto has one of the largest Chinatowns in North America. The Toronto region now has six distinct Chinatowns. Three are located within the city boundaries while the other three are located in adjacent suburbs that have emerged over the last fifteen years or so. On weekends the sidewalks are crammed with open air food stalls, vendors and thousands of people from all backgrounds eager to shop, eat and socialise.

Number four: Skydo. Skydo became the new home of the Toronto Blue jays on Monday June 5th of 1989. It is the first stadium with a retractable roof allowing any sport to be played indoors or outdoors. From the artificial turf to the one hundred and sixty one private sky boxes, the finest attention to detail was given. The jumbo tron video display board is the largest video display board in North America and second largest in the world second to Japan’s.

Number five: The Royal Ontario Museum, commonly known as the ROM. It is a major museum for the world’s culture and natural history in Toronto. It is the fifth largest museum in North America and contains more than six million items. It has notable collections of dinosaurs, near Eastern and African art, East Asian art, European history and Canadian history.”