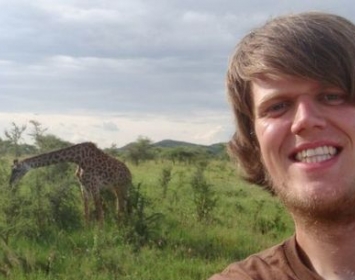 Woman hit by truck saved by landing on Amber the 15st dog
1. What’s the name of the woman?
Joyce MacDonald.

2. What kind of dog is Amber?
English Mastiff

3. What kind of injuries did she suffered?
She suffered serious back injuries, cuts and bruises.

5. Now she can walk easily. Is it true or false?
It’s false, she struggles to walk without a help.

Backpacker collects one million Giraffe pictures in 440 days in wacky bet
1. What’s the nationality of the man?
He’s Norwegian.

2. What’s the name of the backpacker?
Ola Helland.

3. What’s his profession?
He is a web designer.

6. He says he chose the mammal as …
Every giraffe drawing is different and people seem to smile when they draw them.

2. What’s the name of the real winner?
Amanda Ware.

3. What’s the name of the broadcasting company?
Foxtel.

4. Why won’t Sarah go away empty-handed?
Foxtel, the broadcasting company will be sending her to New York as well as awarding her 25.000 USD as a prize.

5. Which city will the real winner visit to meet with ELITE agency?
New York

Man beats odds to win lottery twice
. After his second victory, he acted like …
it was no big deal.

4. He won twice with … ticket.
scratchers

5. Ernest Pullen first won … dollars and the second time he doubled that prize by winning … dollars.
one million, two million