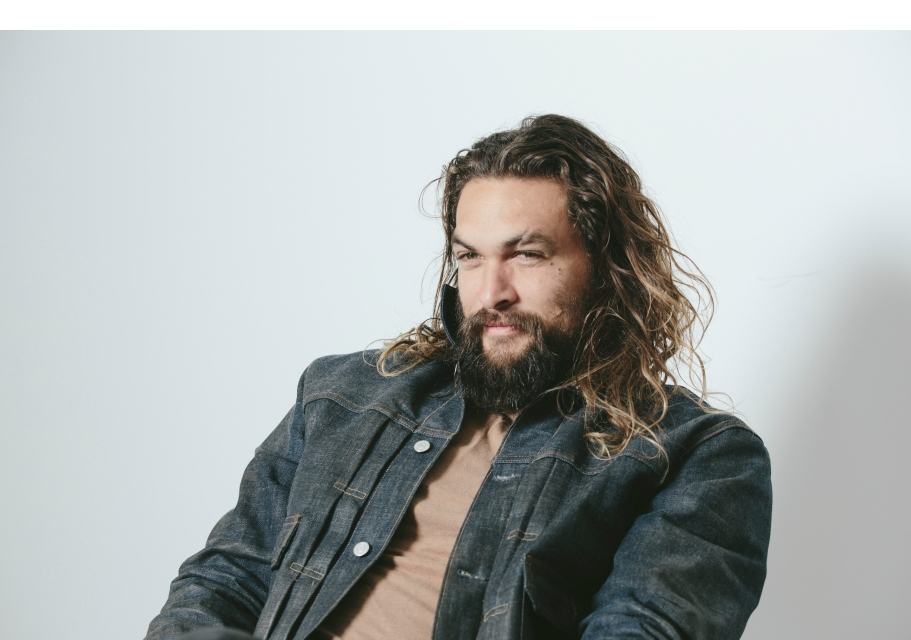 “I got called pretty boy my whole life.” 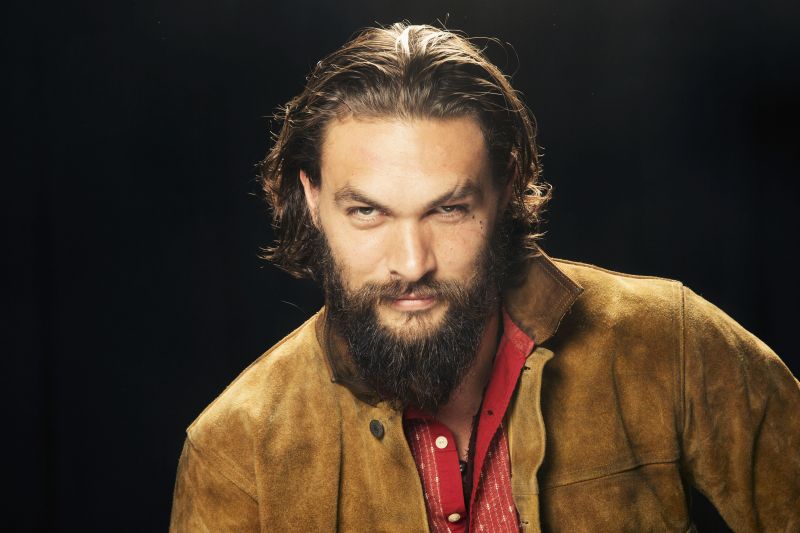 Jason Momoa had originally struggled to be taken seriously since early roles in shows like Baywatch. Things are very much changing for the better now for this heroic looking actor with blockbuster roles such as Aquaman and being part of the compelling show that is the Game of Thrones.

Joseph Jason Namakaeha Momoa was born on August 1st, 1979 in Hawaii. He is an American actor, writer, producer and director, now living in LA and perhaps most famous for his role in DC Universe as Aquaman and for his role as Khal Drogo in the fantasy TV series Game of Thrones.

He is an only child, his father, a painter, is Hawaiian and his mother is of German, Irish and Hawaiian background. Although born in Hawaii Momoa was raised in Norwalk, Iowa in America by his mother. Momoa is very proud of his Hawaiian heritage.

He went to high school on Norwalk Iowa where he met Brandon Routh who was Superman in one of the earlier films in 2006. So, it seems that the superhero links started early.

After high school considering his later role as Aquaman it is also interesting that Momoa studied in marine biology, before switching to wildlife biology. Another strange career link is that he was the youngest lifeguard in the Gulf Coast when he was in his teens considering his future Baywatch role.

He is professionally known as Jason Momoa, and often plays warriors and tough fighters, helped no doubt by his height – he is over 6ft 3 inches (1.9m) and muscular build along with his deep powerful voice. He has long dark hair - which he says his wife insists he does not cut as she likes it that way. Momoa has a couple of scars on his face, one of which was caused by an attack on him in a club in West Hollywood in 2008.  He was slashed in the face with a broken beer glass resulting in 140 stitches and needed reconstructive surgery leaving a scar on his eyebrow.

Momoa’s heavily tattooed chest and arms include signatures of his two children and a memorial to his grandfather. The largest tattoo is the tribal half sleeve of his Hawaiian familycrest. He also has a tattoo that translates to say, “Always be drunk”.

He takes his performances seriously, once he suggested to his friend that the part he was playing in a film (Conan) would look more likely with a broken nose – his friend immediately punched him in the face breaking his nose.

He does play a lot of warriors but quite likes the idea of a comedy so watch this space.

Jason Momoa was discovered by designers who encouraged him into a modelling career in 1998. He even won the 1999 Hawaii Model of the Year.

It was in 1999 when his acting career began when he beat thousands of hopefuls to be cast in the action drama series Baywatch Hawaii. He appeared in this for 2 years as Jason Ioane. This wasn’t the start he really wanted and says that he didn’t even know how to act then, and it took him five years after that to get an agent as no-one would take him seriously. “I lived in the shadow of that (Baywatch) for a long time.”.

After Baywatch ended Jason went travelling and in 2001 moved to LA to continue his acting career. After a short series of North Shore Jason became best known for his TV work initially especially as Ronan Dex in the military science fiction series Stargate Atlantis which became quite a cult series; and Khal Drogo in the HBO fantasy series Game of Thrones, also as Declan Harp in the Netflix series Frontier.

Game of Thrones is a huge show around the world, and that played a large part in Momoa’s success. Momoa was the Dothraki King Khal Drogo. To get the job he even performed the Haka – a traditional war dance of the Maori of New Zealand.

Momoa met his wife Lisa Bonet in 2005 in a jazz club, and they got married in 2017. Lisa is an actress who was, in her early life, famous for her role in the hit American Show the Cosbys and a Different World. Momoa admits to having had a crush on her at the young age of 8 when he saw her in those shows.

Jason is stepfather to Lisa’s daughter Zoe Kravitz from her previous marriage to Lenny Kravitz, and they now also have two children of their own.

Despite his muscular frame, Momoa is not interested in lifting weights he prefers more active exercise.

Momoa loves music, he would even play his guitars dressed as Aquaman on the set of Justice League in 2017. He enjoys art saying, “I’m a huge art buff”. His favourite film is the 2007 “The Diving Bell and the Butterfly”.

Guinness is a favourite drink of his, and the company even made a drink for him called “Mano Brew”.

Momoa visited Tibet when he was young to study Buddhism and continues this by meditating daily.

It’s clear that Momoa has come a long way since Baywatch and although there have been challenges to be taken seriously things are looking up for this new action hero. 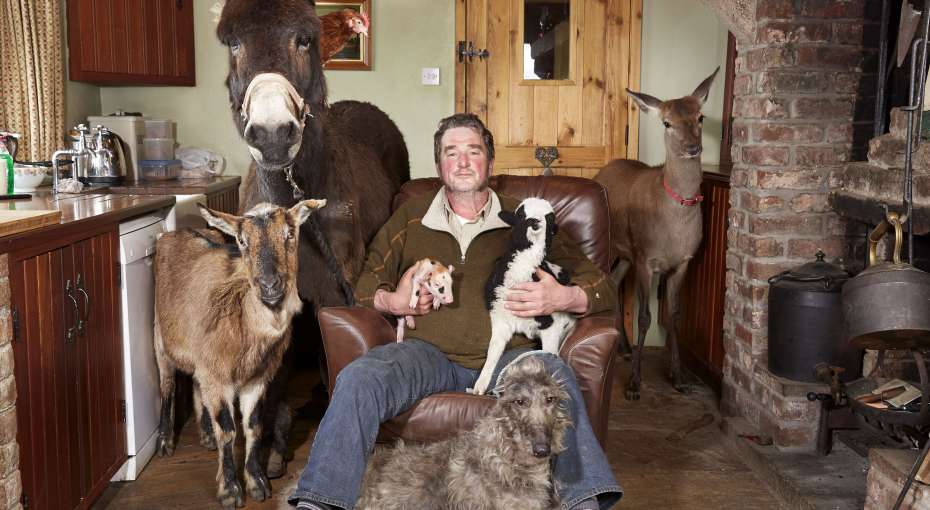 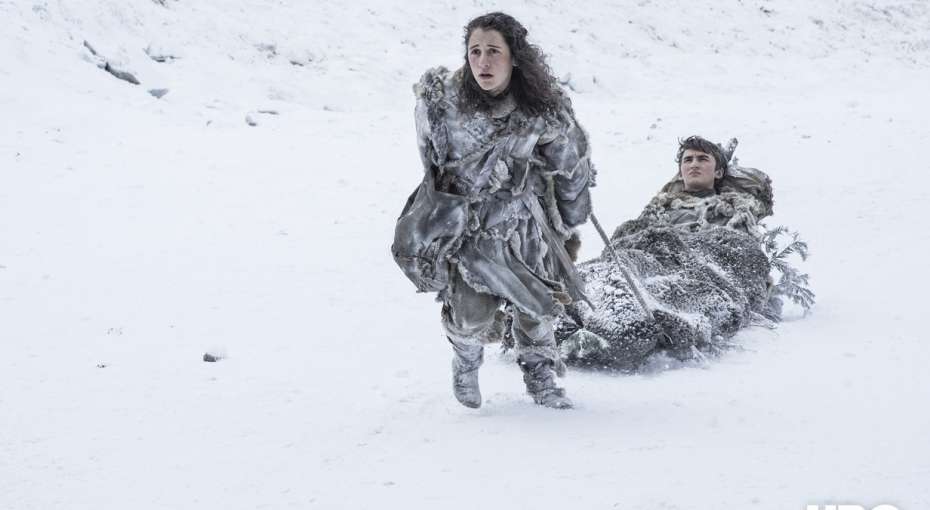