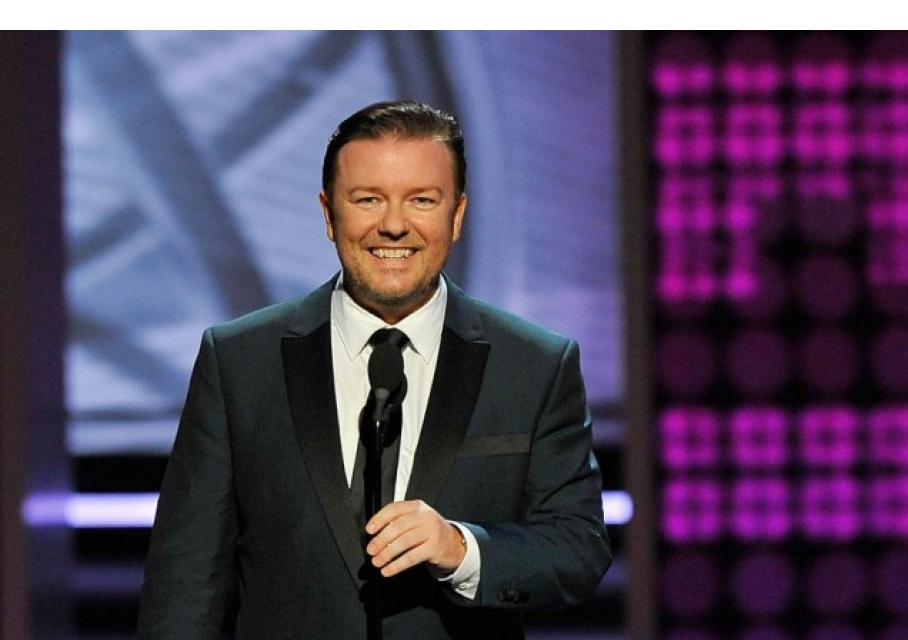 Hollywood's man of the hour -- became persona non grata at the Golden Globe Awards. Ricky Gervais used his hosting gig to blast tinsel town's biggest names -- and bloated egos. Here's a clip of the funny man's most talked about zinger -- courtesy of NBC.

GERVAIS: "Also not nominated -- I Love You Phillip Morris, starring Jim Carrey and Ewan McGregor—two heterosexual actors pretending to be gay. So the complete opposite of some famous scientologists. (Crowd reacts)"
GERVAIS: "My lawyers helped me with the wording of that joke."

Gervais said he was going for the gusto. Apparently that meant going for the jugular. Reviews are mixed, with the LA Times saying....

"The opposite of dull and deferential is not snotty and abusive."

Right now Ricky's probably hoping -- there really is no such thing as bad publicity. Or was this all planned? MSNBC takes a look.

GEIST: "He promised he was going to hold nothing back -- going after people in the room. He lived up to it. It was awkward at times. Not a lot of laughter. Some cringing. Maybe people not allowed to laugh because of his targets -- many of them their friends sitting at nearby tables."

Not all of Hollywood's incensed at the roasting. Regis and Kelly got a kick out of Ricky's wicked humor.

PHILBIN: "He's very, very funny, but I thought -- I was hanging onto my chair."
RIPA: "I said, it's the first time I've watched an awards show at home and I had to excuse myself to put deodorant on. I was sweating! (That nervous, huh?) The sweat was just pouring out of me!"

And some stars even fought back -- at the microphone. CNN has that -- and a rumor of Gervais getting the boot....mid-show.

GERVAIS: "Many of you in this room probably know him best from such facilities as The Betty Ford Clinic and Los Angeles County Jail. Please welcome Robert Downey, Jr."
DOWNEY: "Aside from the fact that it's been hugely mean spirited and with mildly sinister undertones, I'd say the vibe of the show is pretty good so far, wouldn't you?"

HAMMER: "When Ricky was off camera for awhile during the show -- it felt like an hour or more -- rumors started flying on Twitter that he'd actually been fired...yanked from the show in the middle of it. He wasn't."


Turns out -- the Hollywood Foreign Press really was upset. PopEater says -- the Globe's organizers won't be inviting the Brit back.


"For sure any movie he makes he can forget about getting nominated. He humiliated the organization last night and went too far with several celebrities whose representatives have already called to complain."


Several reps for offended celebs have already contacted the Hollywood Foreign Press. So, what's your take? Did they get what they paid for? Or did Gervais take it too far?