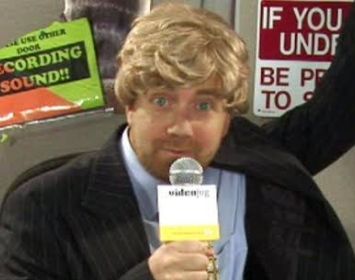 Arguments can be tough; winning an argument can be tougher. You can prevail, however, if you’re armed with a handful of successful techniques. VideoJug’s Ten Tips For Winning Any Argument will show you how you can mix it up and take the fight every time.

Step 1: Quiet
The quieter you are, the harder your opponent has to work to listen to you. Keep your voice low. Once your opponent leans in, he’s yours.

Step 2: Facts And Figures
Know your stuff. The better prepared you are with real information, the more likely you are to intimidate your opponent into agreeing with you. Bonus Tip: Feel free to fake it, as long as you can do it convincingly.

Step 3: Listen
Stop worrying about what you’re going to say next. LISTEN to your opponent. The more he talks, the more opportunity you have to drive a truck through the holes in his argument.

Step 4: Achilles Heel
Find your opponent’s weakness, and exploit it! If he can’t think on his feet, ask him rapid-fire questions. If he is afraid of cheese, order lunch. Use whatever you can to get him off his game.

Step 5: Focus
Stay on track. Avoid tangents. Don’t argue a point for the sake of arguing it. Stick to your subject, and remember what you want. You don’t need to be right; you need to achieve your goal.

Step 6: Apologize
Sounds counterintuitive, but if you apologize for a small slight or mistake, your opponent will be disarmed. By choosing your moment to expose your “flaws,” you will make your opponent feel guilty for opposing you.

Step 7: Emotions In Check
Do NOT show emotion, and do NOT let your emotions affect your argument. Your opponent will see frustration, defensiveness or tears as signs of weakness, and you will lose all the ground you’ve gained. Bonus Tip: Whatever you say when you’re upset will be stupid, anyway.

Step 8: Velvet Glove, Iron Fist
Just because you shouldn’t show real emotion doesn’t mean you shouldn’t turn it on at some point. If it’s time to intimidate your opponent, go big. Remind him who’s boss. Just keep it controlled.

Step 9: Manipulate
Sometimes, it’s best to let your opponent think he came up with the resolution to your problem. This is a long-haul strategy – you have to seed the idea in your opponent’s mind and then nurture it with words – but when you want something from your opponent, it’s an excellent tactic.

Step 10: Shhhh….
Best tip of all: Just stop talking. That’s it. Go silent. It’s impossible to argue with someone who won’t argue back. Your opponent will eventually start feeling like an idiot and slink away. It takes some confidence and a pretty strong will, but so does winning.

with the permission of Videjug