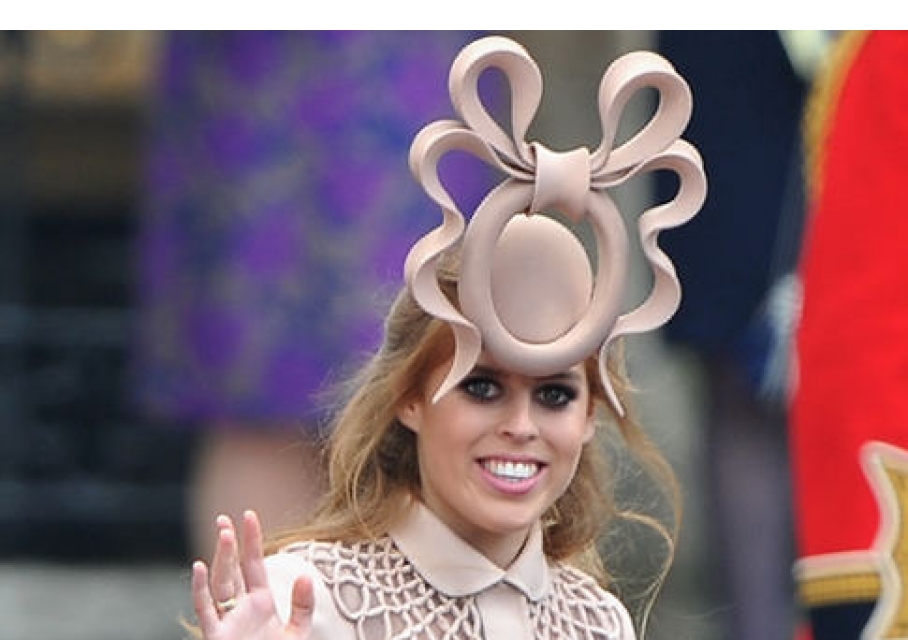 Barbara Walters: Remember the hat we've been teasing about worn by Princess Beatrice at the royal wedding?
Joy Behar: Yes.
Barbara Walters:It just sold in an eBay charity auction for $130,000.
Joy Behar: What? [Applause]
Joy Behar:and they said the apocalypse did not come? I disagree.

Yep. Six figures -- for a hat!
Speculation’s been spewing all over the web. Nobody knew exactly what the hat was supposed to be.

Reporter: “Was it a door knocker, perhaps an octopus, maybe it was a toilet seat, a cat flap or a pretzel? Could it even be a set of antlers? On London’s streets memories are still fresh.”
Reporter: “I am going to show you a picture now, you might remember this. What did you think of it?”
Woman: “Disgraceful. Utterly disgraceful.”

Since the hat’s debut, spectators have been relentless with their opinions of Beatrice, her hat and even her sister’s wardrobe.

Nick Watt: “They have, very unkindly, been likened to certain sisters in a Cinderella movie. The Internet is a cruel place. Listen. Beatrice went out on a fashion limb and it snapped.”
Alice Stephenson: “I think anyway you look at it Princess Beatrice gets a gold star for being brave enough to put that hat on and wear it with a smile. So, I applaud her.”

Others just see it as a chance to poke some fun.

Phil Han: “Now, you may have seen some photos out there swirling around because of social media about this hat which has been superimposed on other people, so there is actually a picture of Barack Obama and his team all wearing that hat. People like Donald Trump have that hat on, even I think I saw a photo of Dr. Evil from the Austin Powers movie wearing that hat.”

For those of us dying to know who closed the deal on eBay, a blogger on Jezebel has clear advice on spotting the bidder: “eBay didn't reveal the winner's identity, but if they're planning to wear it to the grocery store, gym, and coffee shop like we would, they shouldn't be too hard to spot.”


Fashion debate aside, Princess Beatrice says she is donating all proceeds to Unicef and Children in Crisis.