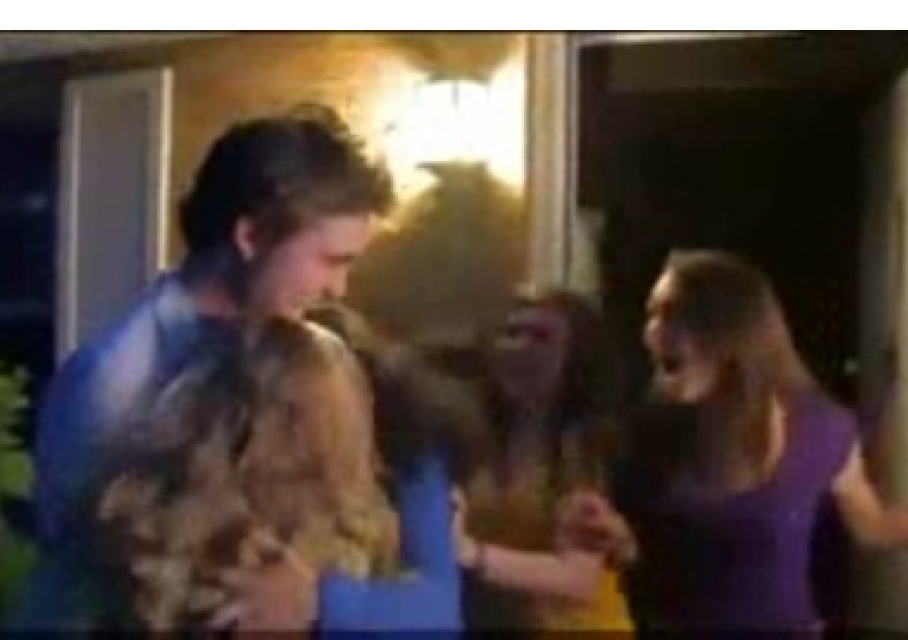 középfok
Facebook Tweet
Mit szólnál, ha egy este Robert Pattinson csöngetne be hozzátok vacsorára? Valószínűleg hasonlóképpen reagálnál, mint az a három család, akikhez a Twilight sztárja beugrott látogatóba:- ) Nézd meg a videót!
By now, many Twilight fans feel as if they have already seen this week’s upcoming episode of The Oprah Show, so prevalent have spoilers about what lies in store for the episode been. Airing on Thursday, May 13th, the show found several stars of Twilight in Chicago last week to tape the show.

Among the many highlights fans are looking forward to is coverage of Rob’s surprise visit to fan Maria Mele and her family, in Naperville, Illinois. Mele wrote in to the show in response to an ad on The Oprah Show web site calling for fans to share how “Twilight” changed their life—the most she hoped for was to score tickets to the show.

Rob’s visit to the Mele house has been well-documented and well-photographed, but lesser-known is the fact that Rob visited the homes of two other families of Twilight fans in the Chicagoland area that day. Though Rob’s fame and his rigorous production schedule make large-scale meet and greet appearances prohibitive, when low-key opportunities arise, the actor is consistently reported as graciously taking time to meet his fans.