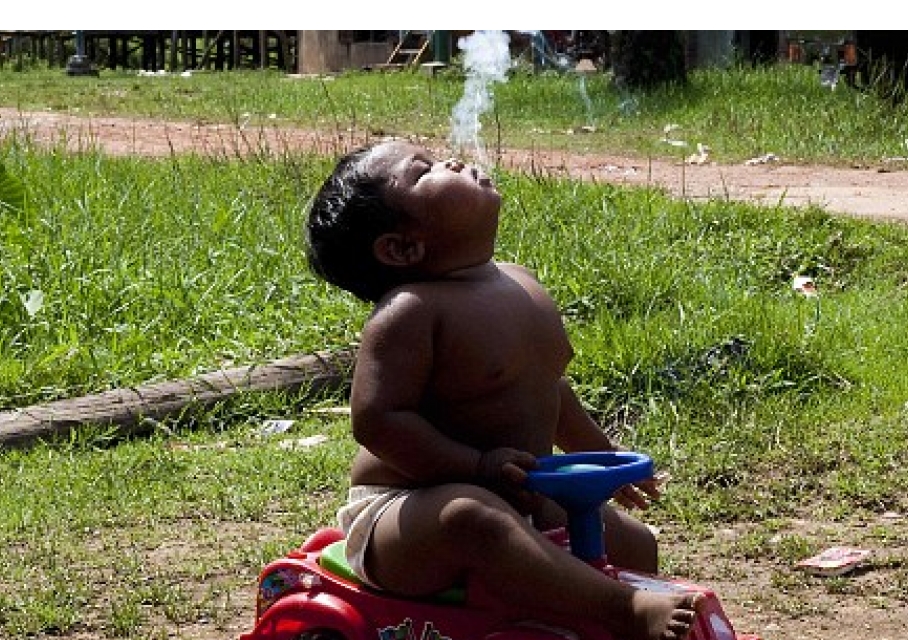 A three-year-old has mysteriously picked (1) an addiction to smoking cigarettes and downing beers after surviving a road crash. Ya Wen has been smoking up to a pack a day since the accident last year when she was hit by a speeding van. Her parents say that her personality (2) since leaving hospital, where she recovered from five days in a coma and severe injuries.

Her mother Gao said she has started acting like an adult. 'She likes drinking,' she said. 'Three glasses of beer is no problem to her.' Her mother, who collects rubbish to sell in Huizhou, China, said she found her daughter hiding in a toilet and smoking her father's cigarettes.

At first she just thieved those, but now gets them (3) credit from a local shop. The store owner said Ya Wen often came over and took one or two packs (4). 'We thought she was buying for her father,' he said. Mrs Gao, who lives in a shelter, said her daughter has now been addicted to smoking for a year and has also changed her preference in clothes. 'She only likes boy's clothes. If we don't buy them for her, she cries (5) protest.'

Ya Wen's father has now stopped smoking and the family have moved to the other side of the city, but said she still cries for cigarettes (6) she sees them.

(6)
A ever
B whatever
C either
D whenever