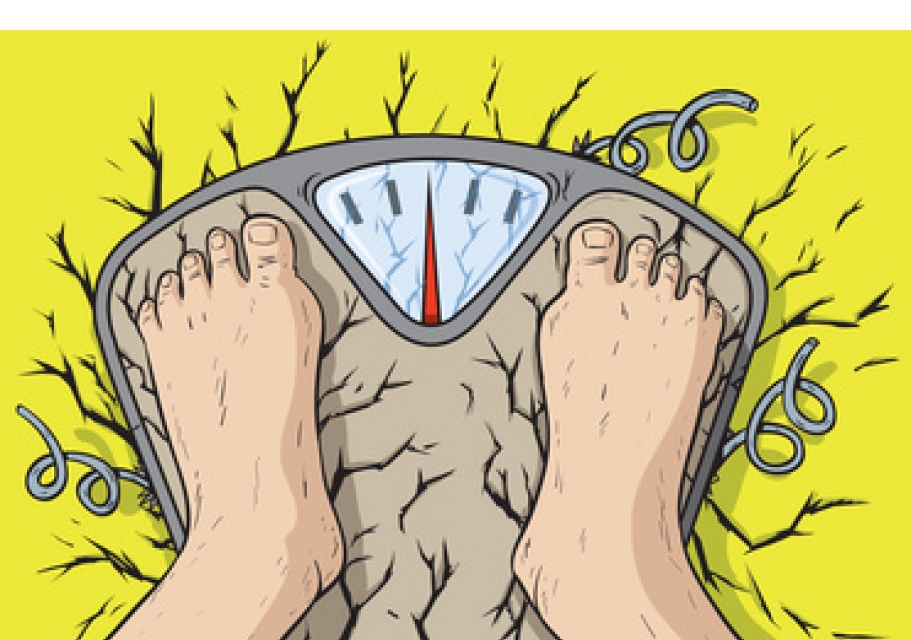 A man who was so fat he stopped breathing up to 80 times a night can finally sleep soundly after losing 17 stone (108 kg). Kayes Uddin, 32, weighed a whopping 30 stone (190 kg) and was so obese he developed a terrifying sleep disorder that meant his heart stopped every time he dozed off. His XXXXXXXXL frame was crushing his windpipe and the father of three from Newham, London was warned he would be dead within two years if he didn't lose weight. The council project manager underwent gastric surgery on the NHS, losing a massive 17 stone and meaning he can finally sleep without fearing he will never wake up.

Now a trim 13 stone (82 kg), Kayes said: "Being diagnosed with sleep apnea was my lowest point. To be told my heart was stopping at night because I was so fat was terrifying. I was scared to sleep in case I never woke up. Now I'm so fit I've cured the condition and don't have to wear a mask in bed every night".

Kayes finally sought help from his GP in 2011 after a life long battle with his weight. Thanks to a diet of curry, junk food and fizzy drinks, by the age of 15 he weighed 15 stone and had to wear a customized school uniform. "I stood out a mile, but it was easier to hide the pain and carry on eating than try to diet. It seemed impossible".By the time he left school he was over 17 stone and continued to grow after getting married and starting a family. "With each baby that came along my wife and I both put on weight. We were eating a typical Asian diet with lots of fat as well as take outs, sweets and junk".

By his mid twenties Kayes already weighed 30 stone and had to wear specially ordered 7XL size clothing. "I couldn't walk without getting out of breath. Playing with the children left me exhausted and I knew I had to do something but didn't know where to start". Then he started waking with pounding headaches and suffered unexplained tiredness. "It didn't make sense because I was going to bed at the same time but woke feeling like I'd stepped out of the boxing ring".

Then his wife Lufta, 30, noticed Kayes was waking with a start throughout the night. It got worse and he started leaping out of bed gasping for breath before falling asleep and doing the same again. Tests confirmed he was suffering with sleep apnea. It had been triggered by his weight and was caused by fatty tissue at the back of the neck blocking his airway as he lay down to sleep. The only solution was to sleep with a mask on that regulated his breathing. "It looked like a gas mask. I felt so old and useless before my time but it was keeping me alive".

Kayes was warned he would be dead within two years unless he lost weight. Finally his GP referred him for gastric surgery on the NHS. The operation in July 2011 meant he could only consume tiny portions. Within the first five months he lost nine stone, curing his sleep apnea meaning he could stop wearing the mask. "It was a great feeling to go to bed without it. It's fair to say it had been a passion killer".

Earlier this year he reached his target weight of 13 stone - losing 20 inches (50 cm) alone from his waist, which went from 50 inches to 30 inches. Now he walks to work every day and runs three miles most evening. Kayes said: "The whole family has benefitted. We have all adopted a totally healthy new approach to our eating and fitness. I can easily keep up with the children now and they love having the fit dad they deserve. The operation was the starting point, but I've enjoyed success because I've been committed and worked with it to get the best results. It's not the quick fix people think it is, but if you commit to healthy eating and exercise, the results can be amazing". Now Kayes has started a facebook page to help support other slimmers.