Read the article and decide whether the following sentences are true or false.

Anne Boleyn and Henry VIII's secret love nest: The charming cottage where (legend has it) king romanced second wife... while married to his first

With its stained glass windows depicting Elizabeth I and Edward VI, you might think that The Thatched Cottage – in the village of Stoke Mandeville, just outside Aylesbury in Buckinghamshire – has some kind of link to the Tudors. Well, local folklore has it that this was where Henry VIII would have clandestine meetings with Anne Boleyn while he was still married to his first wife, Catherine of Aragon.

In 1529, Stoke Mandeville, and the whole of the Aylesbury area, was inherited by Sir Thomas Boleyn, Anne Boleyn’s father. Henry had started taking an interest in Anne in 1526 and pursued her throughout the tail end of his marriage to Catherine, which finished in 1533.

Although Anne never actually lived in the house, she is said to have used it to entertain the King. 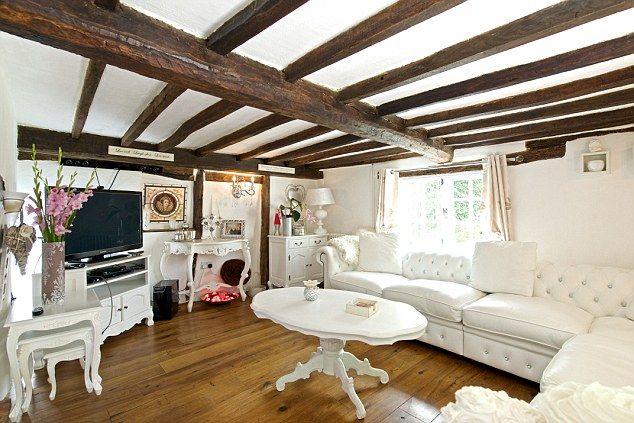 Anne is known locally as the ‘Fair Maid of Aylesbury’, although her early days were spent at the family’s Hever Castle in Kent. She later moved into Hampton Court to be with Henry and soon after they married their daughter, Elizabeth I, was born. But she failed to give Henry a son – having three miscarriages – and in 1536 he had her executed.

The Grade II listed house is certainly old enough to have been in existence for trysts between Anne and the King, who, in the early 1520s, had Anne’s sister Mary as his mistress. The Thatched Cottage is believed to be the oldest house in Stoke Mandeville and was built in 1409. There is a stone slab under the dining room floor confirming the date.

The property’s small stained glass windows – Elizabeth I in the sitting room, Edward VI in the dining room – are believed to be Victorian, but many of the three-bedroom cottage’s features date back to its earliest days, such as its original oak beams and bread oven. It is currently for sale through Michael Graham estate agents in Aylesbury for £535,000.

'It was always our dream to live in a thatched cottage and we loved the property from the moment we saw it,’ says Paul Aughton, 56, who bought the property in 2011 with his partner Pearl, 55. ‘The only reason we are moving is to retire overseas.’ 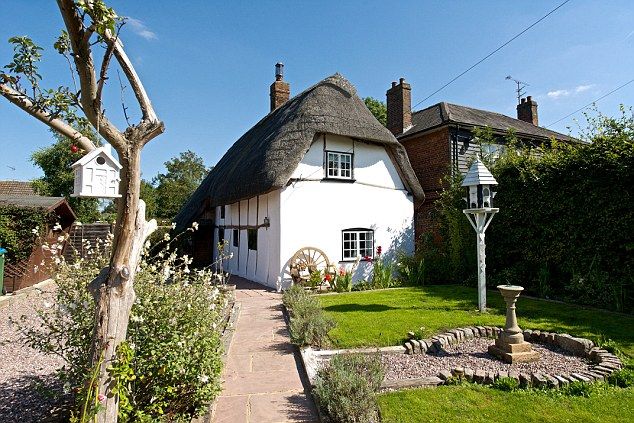 According to Pearl, admirers of the cottage often stop to take photographs of it. ‘Whenever there’s a wedding or christening at the church opposite, some of the guests point their cameras at our cottage to take photos, which is always a compliment.’

The thatched roof lasts about 25-30 years before needing to be replaced, Paul says, and the current one has about 20 more years of life in it. The main door to The Thatched Cottage is at the side of the property, which leads to an open-plan sitting room and dining room. The two rooms are divided by a double-sided fireplace with a brick hearth housing a large wood-burning stove and the original bread oven. The kitchen has fitted units with wooden butcher’s-block style worktops and black iron furnishings. In it, there are also natural stone floors and a lead-lined window. There is understairs storage and a separate utility room with a butler sink.

On the first floor there are three bedrooms. The master bedroom has a vaulted ceiling and a window overlooking the front garden. The second room is dual aspect with two lower-level lead-lined windows and another vaulted ceiling. Bedroom three is accessed via a separate staircase. Also, there is a study on the landing with built-in office furniture.

Gardens surround the property. At the back, there is a lawn area along with a summerhouse, timber workshop, decked barbecue area, pergola, patio and raised vegetable beds created from railway sleepers. The front garden is mainly laid to lawn but has an ancient stone well in a corner. There is room on the gravel driveway for up to three cars, and a white wooden latch gate is in keeping with the colour and style of the property. 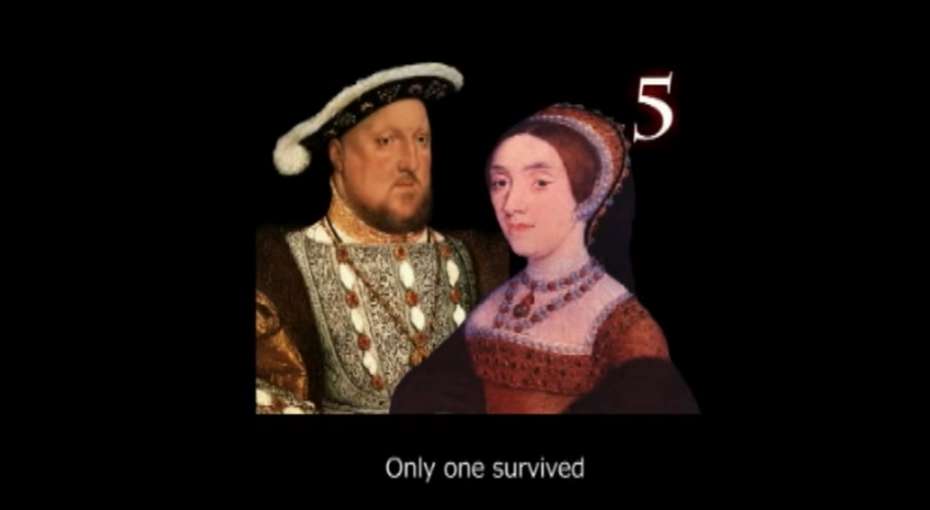 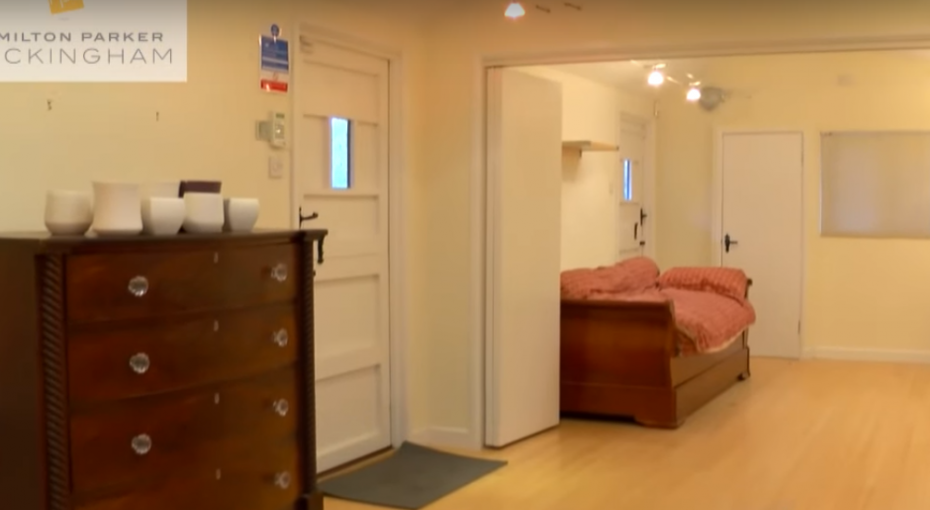 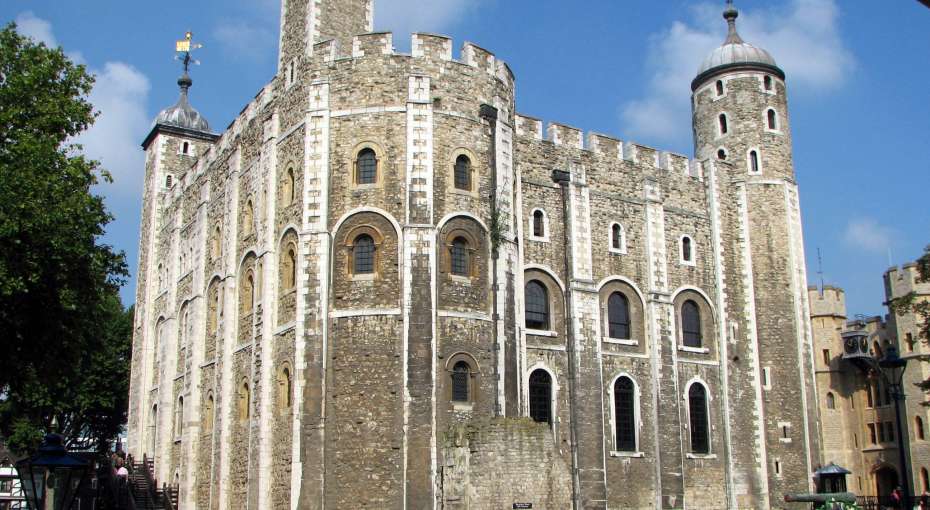 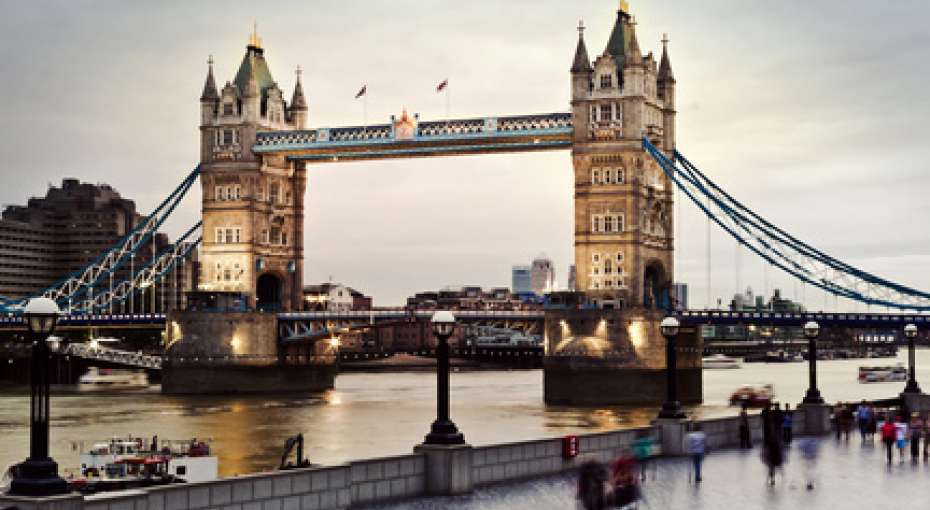