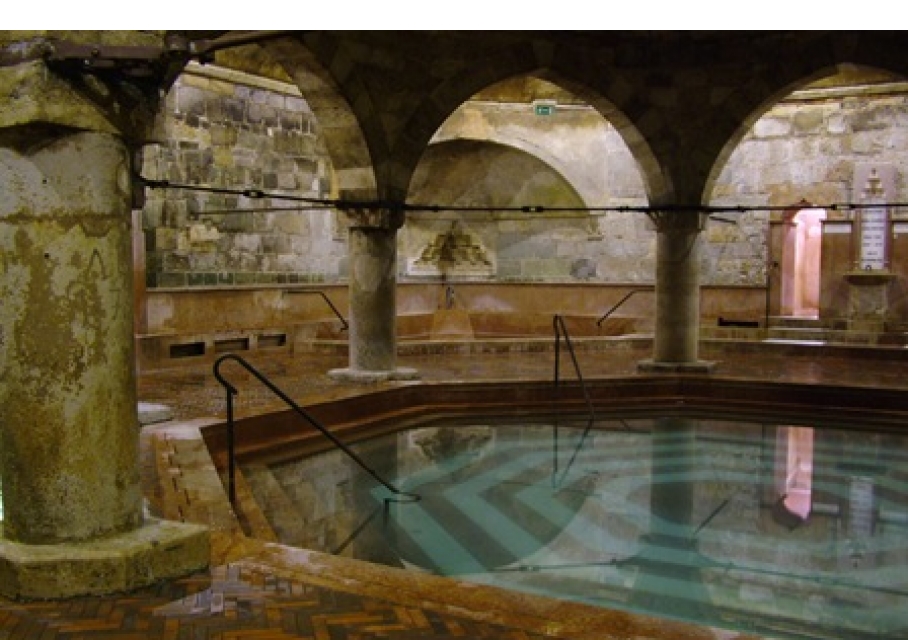 Hungary is known to be the country of goulash, beautiful women, and an extremely difficult language. Just to mention a few! But do not forget that Hungary is also a secret garden of healing and wellness! The Romans were the first to fall in love with Hungary, but certainly not the last… It is said that wherever they went, they built, and where they built, they bathed. Visitors are spoilt for choice not only in terms of the wide range of wellness spas and resorts, equipped according to the highest medical standards, but also when it comes to accommodation – there is something for all tastes and budgets. Whether you chose one of the famous cities, such as Budapest, Eger, Esztergom, Szeged or Visegrád, or the holiday capital of Lake Balaton, there is something for everyone and for every taste. 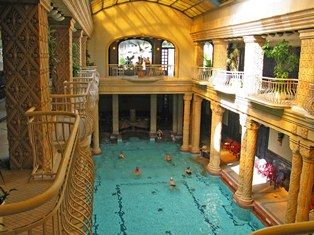 Budapest is a city of spas and thermal baths, which cater for both locals and tourists alike. The city is unique in having so many thermal baths in one location and they have become a huge attraction for visitors coming to the city. In fact, they are some of the most popular attractions for tourists coming to Budapest, and in many cases they are also a must see. The city has had thermal baths ever since the time of the Romans and they became even more popular during the Turkish occupation.

Probably the most famous spa is the Gellért thermal baths, located on the Buda side of the Danube. The building was opened in 1918 and is built in the Art Nouveau style. There are many different baths in the complex and many different treatments. The hot springs contain many minerals, which help in the treatment of many diseases, from bone and joint illnesses to Asthma and other breathing problems. The baths are also a good place to relax and hang out.

The complex also includes saunas and plunge pools and an open-air swimming pool, which creates artificial waves in every ten minutes. There is also a Finnish sauna with cold pool and children's pool. Towels and bathing robes are available from staff and the prices are about 4,300 HUF per day. A masseuse is also available for about 4100 HUF per session. There are many special treatments such as the chocolate massage which is very relaxing and sensual. So, the Gellert is the perfect place to relax and to be pampered in luxurious surroundings with a multitude of health and wellness treatments. 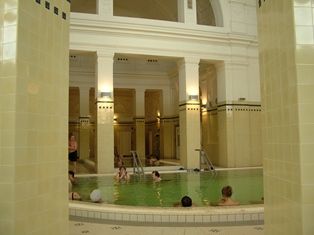 Budapest has more than 80 geothermal springs, and one of the oldest and most historic of them is the Rudas Spa, located at the foot of Gellert hill, close to Elizabeth Bridge. Situated on the banks of the river Danube, on the Buda side of the city, it is centrally located and is perfect for exploring the city either on foot or by using public transport. The building was constructed by the Ottoman Turks dating back to the 16th century.  During the week it is men only, except on Tuesday when it is women only. At weekends it is mixed and on Fridays and Saturdays the baths stay open until 4 a.m. in the morning. 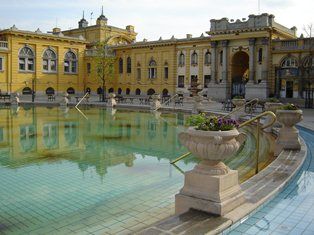 The Széchenyi Bath in Budapest is the largest medicinal bath in Europe. Its water is supplied by two thermal springs; their temperature is 74 ° to 77 °C (171 °F). The complex is a Baroque building and has 3 outdoor and 15 indoor pools. The spa is located in the beautiful City Park and is close to the Széchenyi Fürdő metro stop. The baths are not far from Heroes Square and the museums, so you can relax in the baths in the morning and explore the city park in the afternoon. The cost of a ticket is between 3500 and 3750 HUF. 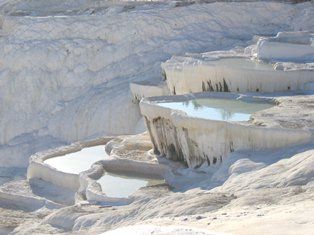 The Salt Hill Spa and Wellness Baths of Egerszalok are unique not only in Hungary but also in the world. The springs have formed a natural salt hill in a perfect relaxing environment. There are 17 pools, which include wave and whirlpools, indoor and outdoor pools and pools for children with slides. There are also many kinds of wellness treatments – indulging bathtub baths, special massages with their soothing and stress relieving effects, saunas and steam baths. The hot air and rustic setting are perfect for releasing stress and cleansing the body of physical, emotional and spiritual toxins. It is karma for the body, soul and mind.

The spa is located 6 kilometres from the city of Eger. Eger is located in the heart of Hungary’s wine region, so it is the perfect location for those who like to relax with a glass of fine wine. The surrounding region is also very beautiful with forests, walking trails and hills. The city is 120 kilometres from Budapest, so it is well worth a day trip for the more curious and adventurous traveller. Here you can also get a feel for the real Hungary, away from the hustle and bustle of the city. Family entry (2 adults,2 children) from 11.200 HUF. 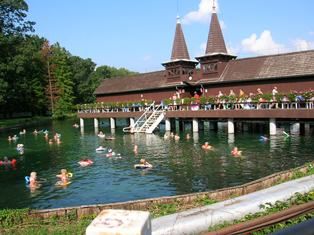 The Hévíz Spa is located at the western end of lake Balaton, one of the largest lakes in Europe. It is one of the most famous medicinal spas in the world and has been a centre for thermal treatments since Roman times. It is based on three principles: natural curative effect of the lake, presence of professional medical care and medical diagnosis. The surroundings and location close to Balaton means that there are lots of things to do even when not at the spa. 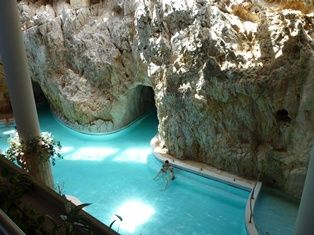 The cave thermal baths of Miskolctapolca are probably the most unique in Europe and one of the hidden gems of the region. The spa is inside a cave system, which makes it quite fun to swim in and you feel like you are inside a fairy tale. The closest city is Miskolc, the third largest in Hungary. It costs 2300 HUF for adults, which is very reasonable for such an alternative and unique experience. 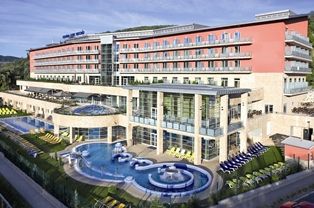 Not far from Budapest on the Danube Bend you will find Slivanus Hotel and Thermal Hotel Visegrád, in the city of Visegrád. The hotel provides the perfect spa experience in beautiful surroundings. The complex provides many extra treatments for example, indulge in various spa treatments and make use of the fully equipped conference facilities for all your business needs. The city also provides many interesting sites for the discerning traveller. The historic Visegrád castle is a must see, rising high above the Danube River.