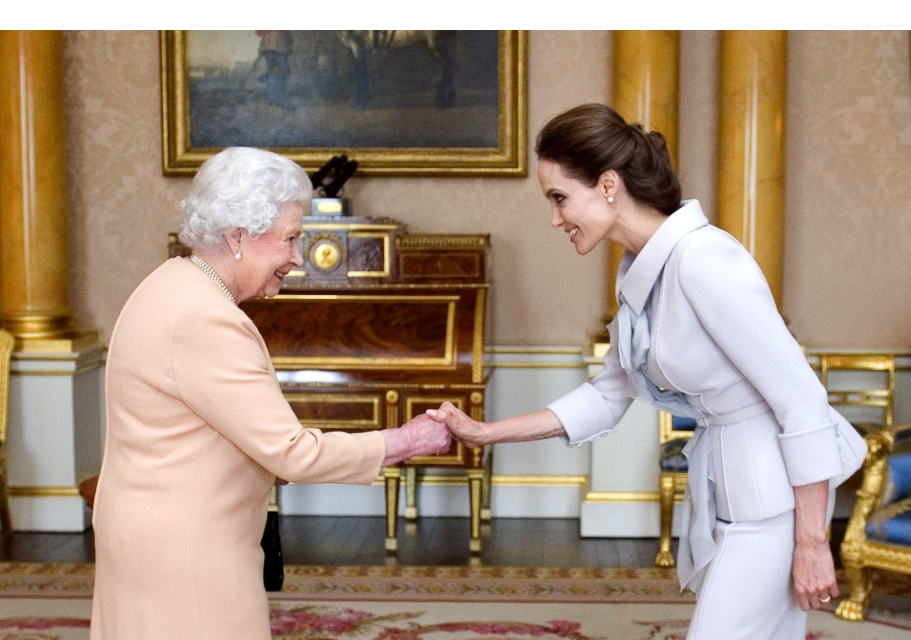 Angelina Jolie honoured by the Queen - with Brad and kids

The actress was made a dame for services to UK foreign policy and the campaign to end sexual violence. Real and showbiz royalty met on 10th October, 2014, when the Queen made Angelina Jolie an honorary Dame at Buckingham Palace. The actress and humanitarian received her honour from the Queen in the palace’s grand 1844 room this morning - with Brad and their six children.

Angelina, who looked elegant in a white coat and skirt, received the Insignia of an Honorary Dame, Grand Cross of the Most Distinguished Order of St. Michael and St. George from the Queen. Placing her hand on her chest she bowed her head as the Queen held out the insignia before Brad and their children came in to say hello. The whole meeting lasted about 20 minutes. 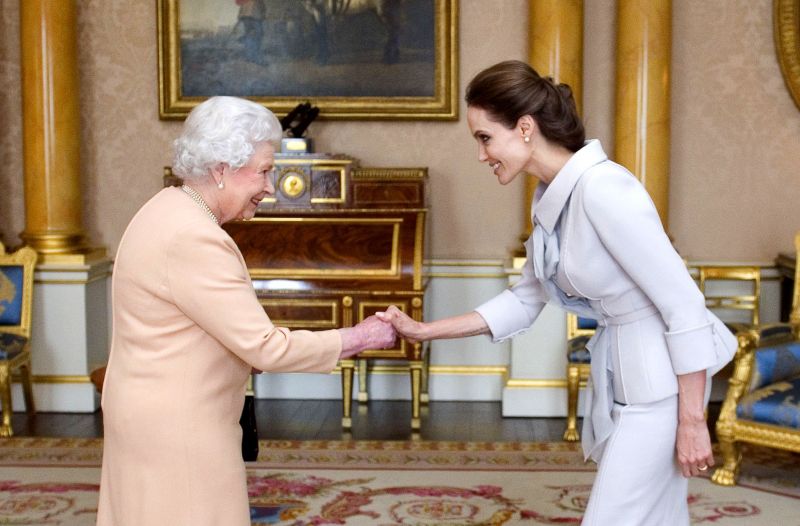 A source said: “The Queen presented the insignia to Angelina alone and after the private audience Brad Pitt and their children were presented to the Queen.”

Angelina was recognised in the Diplomatic and Overseas Birthday 2014 honours list and received her honorary award for services to UK foreign policy and the campaign to end sexual violence. Despite the honour she cannot call herself a Dame because she is a foreign citizen, but she can put the letters DCMG after her name.

When last June Angelina learnt about the honour she said: “To receive an honour related to foreign policy means a great deal to me, as it is what I wish to dedicate my working life to. I know that succeeding in our goals will take a lifetime, and I am dedicated to it for all of mine.”