3D printed houses on the moon? 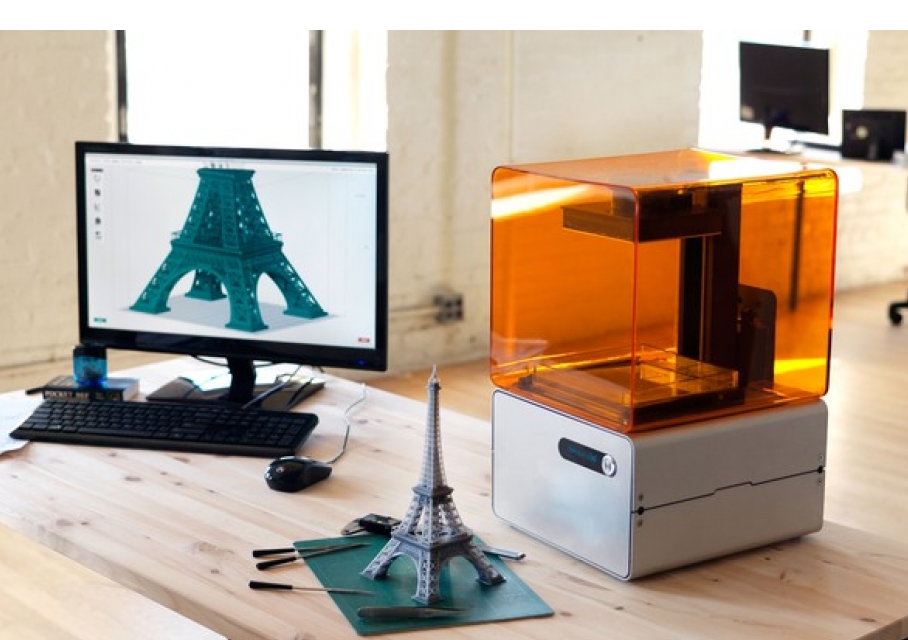 A Dutch architect has designed a house "with no beginning or end" to be built using the world's largest 3D printer - technology that may one day be used to print houses on the moon. 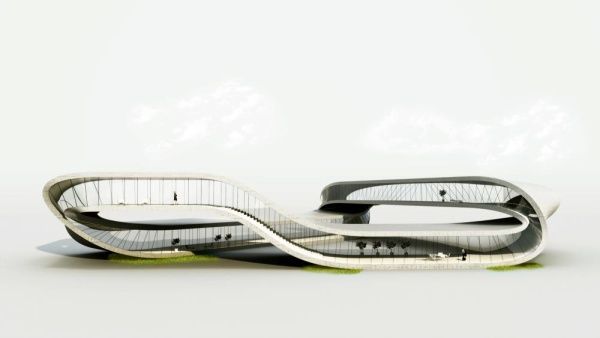 Janjaap Ruijssenaars, 39, of Universe Architecture in Amsterdam, wants to print a building resembling a giant mobius strip - a continuous loop with one side - with around 1,100 square metres of floor space using the massive D-Shape printer. The printer, designed by Italian Enrico Dini, can print up to almost a six-metre-by-six-metre square using a computer to add layers 5-10 mm thick. Mr Ruijssenaars says the building could serve as a home or a museum and would have parts usually made from a concrete-like material printed using broken up rocks and an emulsion binding, while steel and glass would provide the facade. "It's our ambition to have the first printed house, this printer has made art or objects for sea defences, but this is the first time to build something that can be lived in," he told AFP. Mr Ruijssenaars said the plan was not initially to print the building but the hi-tech medium turned out to be the most appropriate.

"With a 3D printer, even a small model, we could make the whole structure from bottom to top without anyone seeing where it is begins or ends," he said. Working with Dutch mathematician and artist Rinus Roelofs and Dini in Italy, "we put the whole thing in the computer," the architect said. A Brazilian national park has expressed interest in the building, which would cost around four million euros ($5.3 million) to construct, the architect said, or it could be built as a private home in the United States. The project would take around 18 months to build and the printer "might be active for half a year," Mr Ruijssenaars said. "The challenge is demonstrating that it's possible to print real buildings in 3D and affirm that there is a new way to manufacture buildings," Mr Dini, 50, said by telephone from Italy. Mr Dini, who gave up his well-paid job in robotics designing prototypes for the footwear industry to build his monster printer, said that 3D printing of buildings remains a hybrid process with other building techniques for reinforcement. "And it's about being competitive with other construction techniques," he said. One advantage of using printing is that you can easily build-in empty spaces for plumbing and electrics - and that you can use rocks found in situ at the construction site, which could be almost anywhere. "The great thing about the printer is that you can take it somewhere and then print with the ground you find on location," Mr Ruijssenaars said.

"So you could take the printer to the moon, assemble it there and print with moon material." 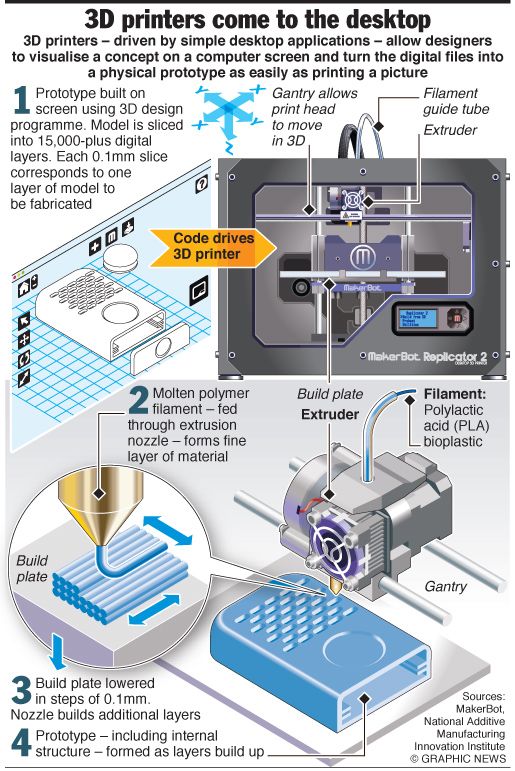