Jan. 27, 1967, tragedy struck on the launch pad at Cape Kennedy during a preflight test for Apollo 204 (AS-204). The cabin caught flames after a spark ignited the pure oxygen environment. The mission was to be the first crewed flight of Apollo, and was scheduled to launch Feb. 21, 1967. Astronauts Virgil Grissom, Edward White and Roger Chaffee lost their lives when the fire swept through the command module, or CM.

The exhaustive investigation of the fire and extensive reworking of the Apollo command modules postponed crewed launches until NASA officials cleared them for flight. Saturn IB schedules were suspended for nearly a year, and the launch vehicle that finally bore the designation AS-204 carried a lunar module, or LM, as the payload, instead of a CM. The missions of AS-201 and AS-202 with Apollo spacecraft aboard had been unofficially known as Apollo 1 and Apollo 2 missions. AS-203 carried only the aerodynamic nose cone.

In the spring of 1967, NASA’s Associate Administrator for Manned Space Flight, Dr. George E. Mueller, announced that the mission originally scheduled for Grissom, White and Chaffee would be known as Apollo 1, and said that the first Saturn V launch, scheduled for November 1967, would be known as Apollo 4. The eventual launch of AS-204 became known as the Apollo 5 mission. No missions or flights were ever designated Apollo 2 or 3.

The second launch of a Saturn V took place on schedule in the early morning of April 4, 1968. Known as AS-502, or Apollo 6, the flight was a success, though two first-stage engines shut down prematurely, and the third-stage engine failed to reignite after reaching orbit. 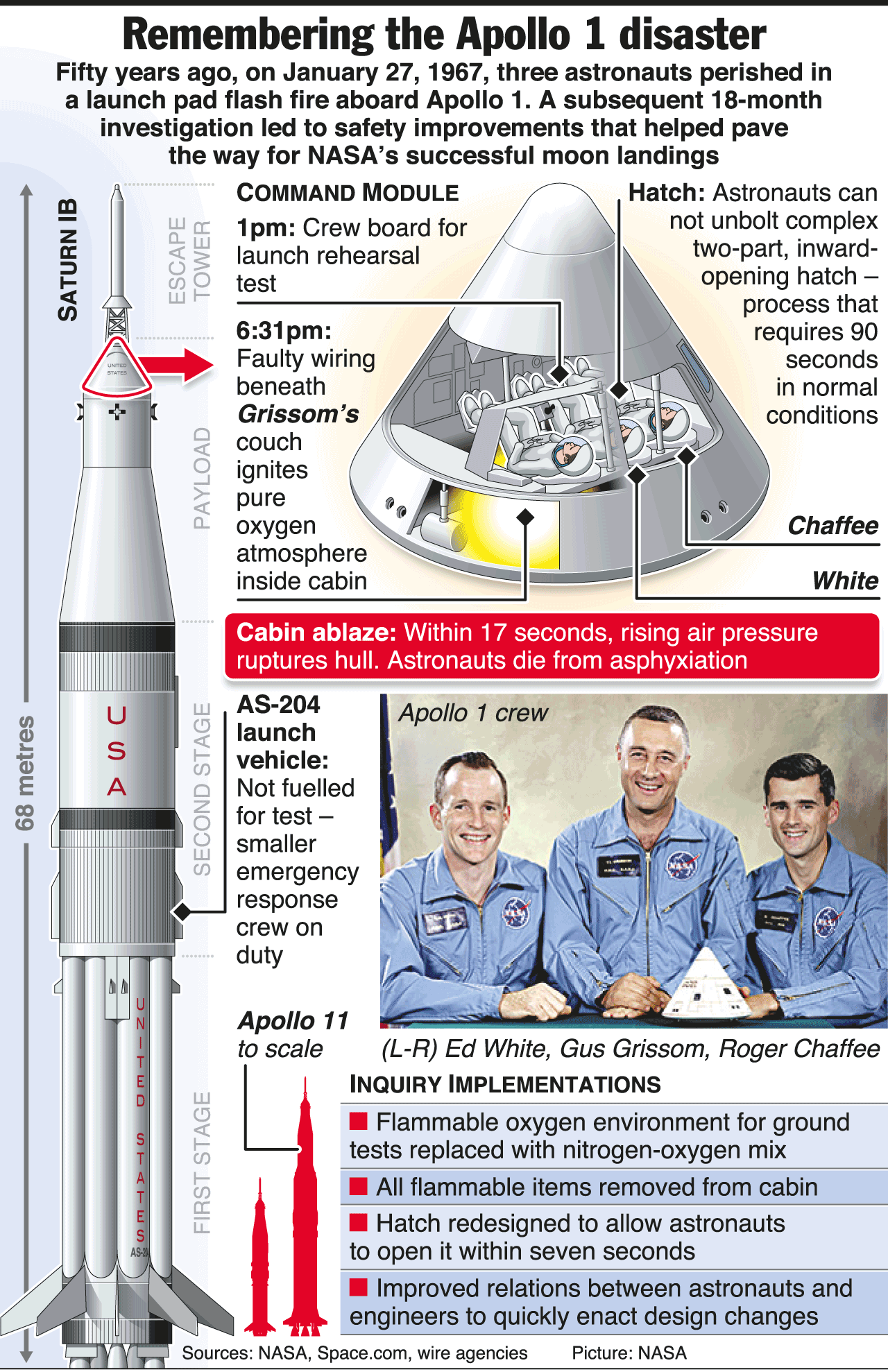