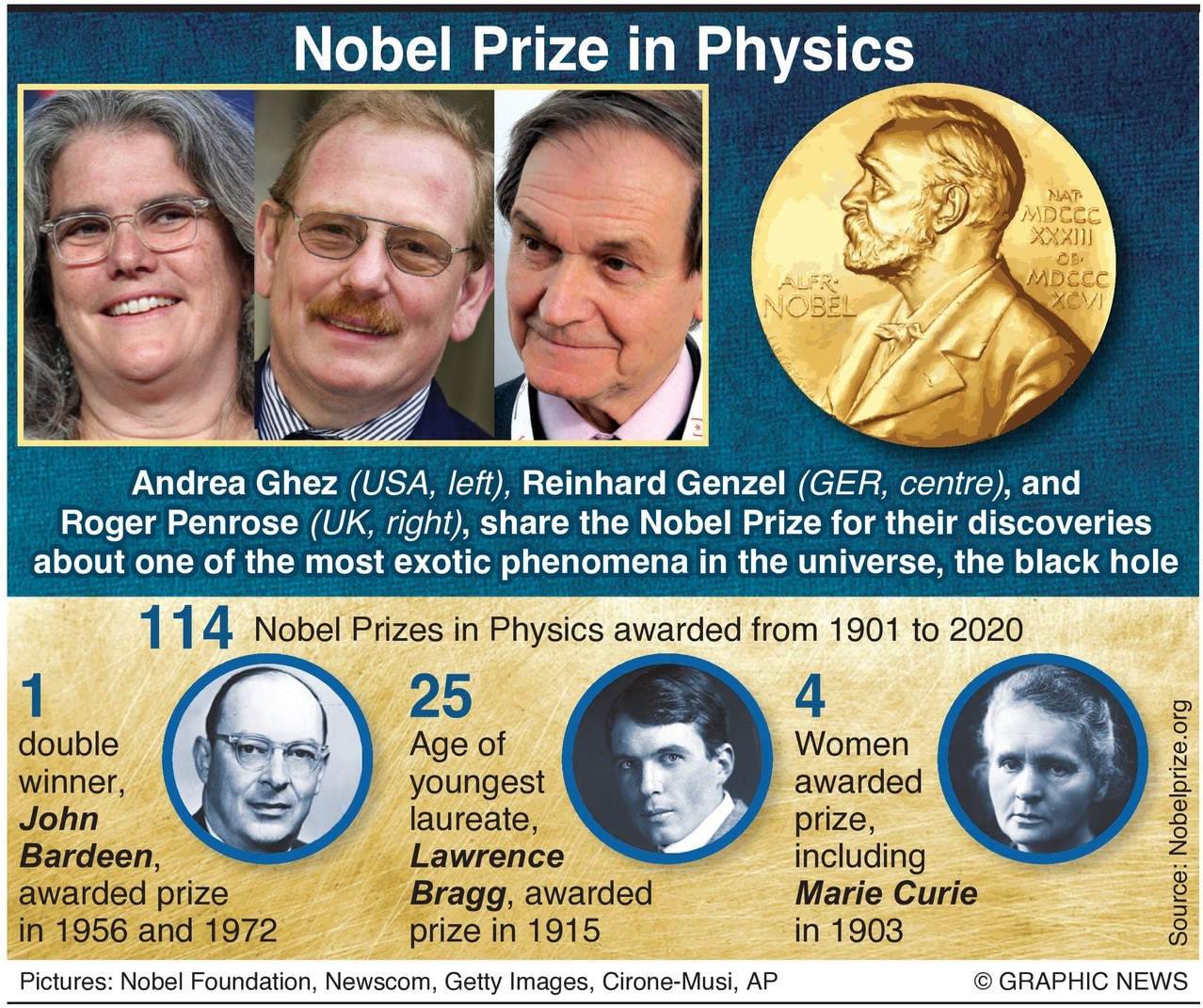 Three researchers will share the prize, for two discoveries that each brought new understanding of what the committee called “one of the most exotic phenomena in the universe”.

Reinhard Genzel and Andrea Ghez were recognised for discovering that there was an invisible and extremely heavy object at the centre of our galaxy, which could be seen affecting the orbits of the stars that surrounded it. A supermassive black hole is the only known explanation, and that mysterious object has become known as Sagittarius A*. 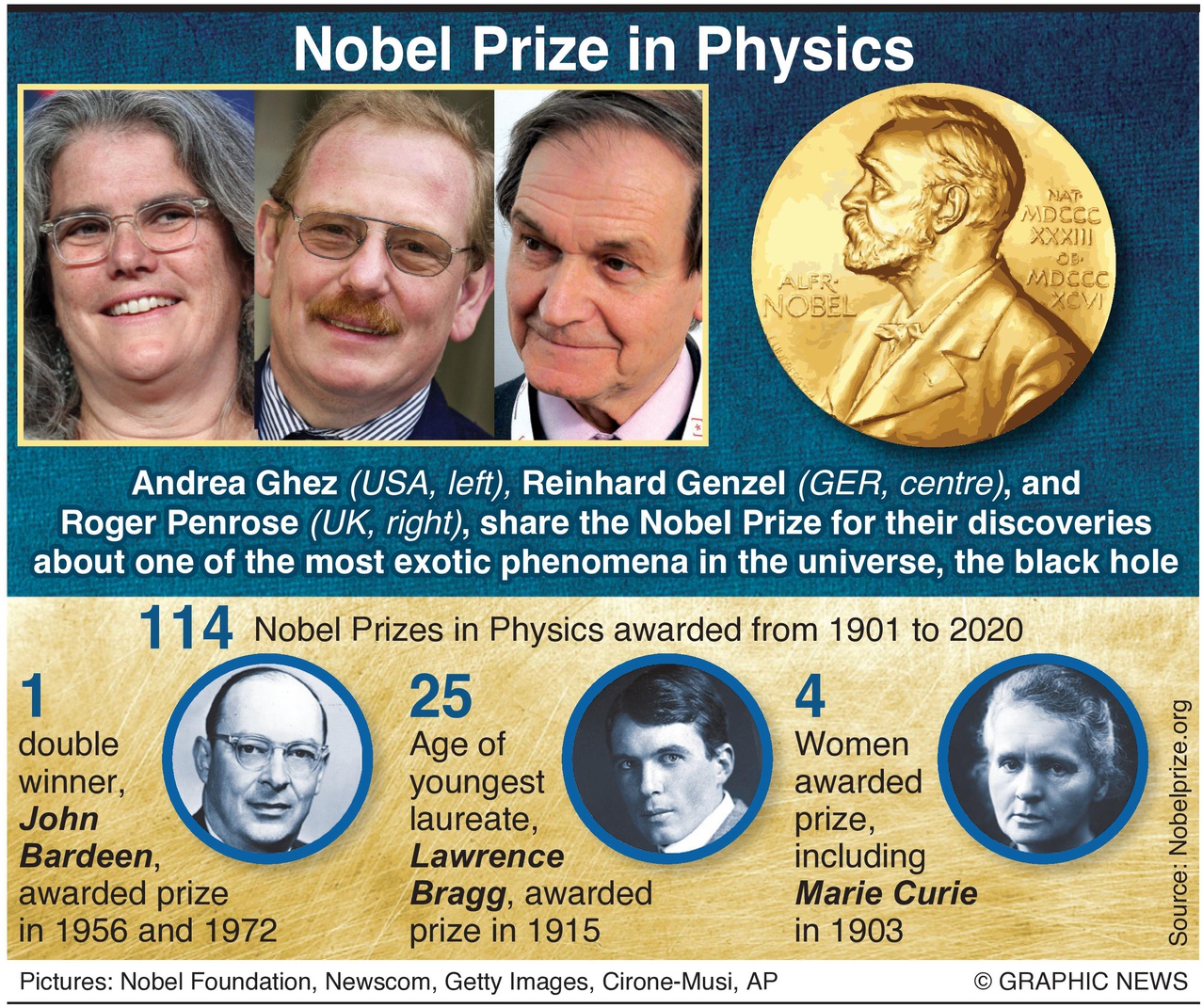 Roger Penrose will share the award for breakthroughs in mathematical methods that led to the exploration of the general theory of relativity developed by Einstein, who himself did not believe that black holes really exist. Professor Penrose showed that the theory leads to the formation of black holes.

Physics has often been one of the most prominent of the Nobel awards, and Einstein perhaps its most famous winner, with an award that recognised his work on the nature of the universe, including the theory of relativity. The committee said that Professor Penrose’s work was the most significant contribution to that theory since Einstein’s work.

“The discoveries of this year’s laureates have broken new ground in the study of compact and supermassive objects,” said David Haviland, chair of the Nobel Committee for Physics, in a statement. “But these exotic objects still pose many questions that beg for answers and motivate future research.

“Not only questions about their inner structure, but also questions about how to test our theory of gravity under the extreme conditions in the immediate vicinity of a black hole.”

They will together share the prize of 10 million Swedish kronor, or about $1.1m. Professor Penrose will receive half while Professor Genzel and Professor Ghez will share the other half.

Professor Ghez is only the fourth woman to be recognised with the prize for physics. She follows Marie Curie in 1903, Maria Goeppert Mayer in 1963 and Donna Strickland in 2018. 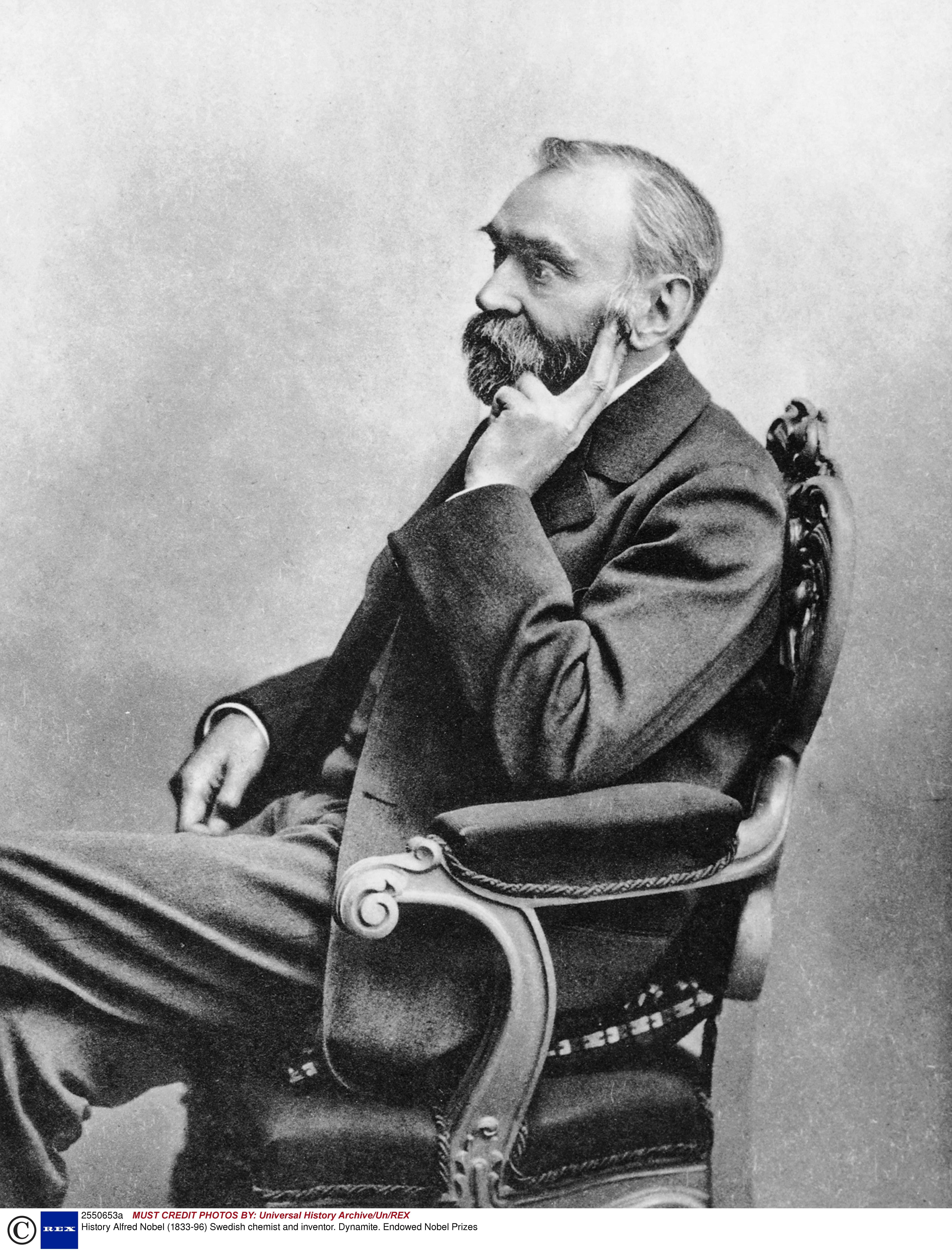 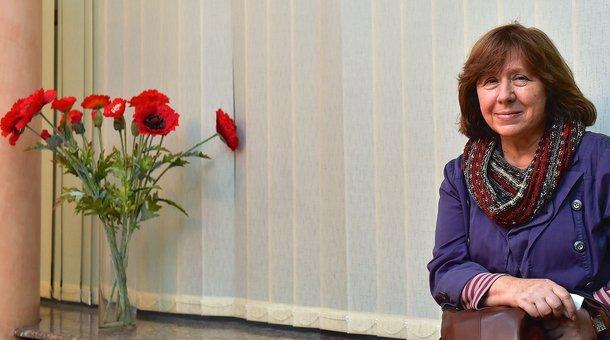