Sleeping Woman with a Black Vase – A long-lost painting returns

The story of the painting entitled Sleeping Woman with a Black Vase by renowned Hungarian avant-garde painter Róbert Berényi (1887-1953) could definitely be made into a movie. And it was actually thanks to Hollywood that this work of art was rediscovered, restored and exhibited at Virág Judit Art Gallery at the end of November 2014. 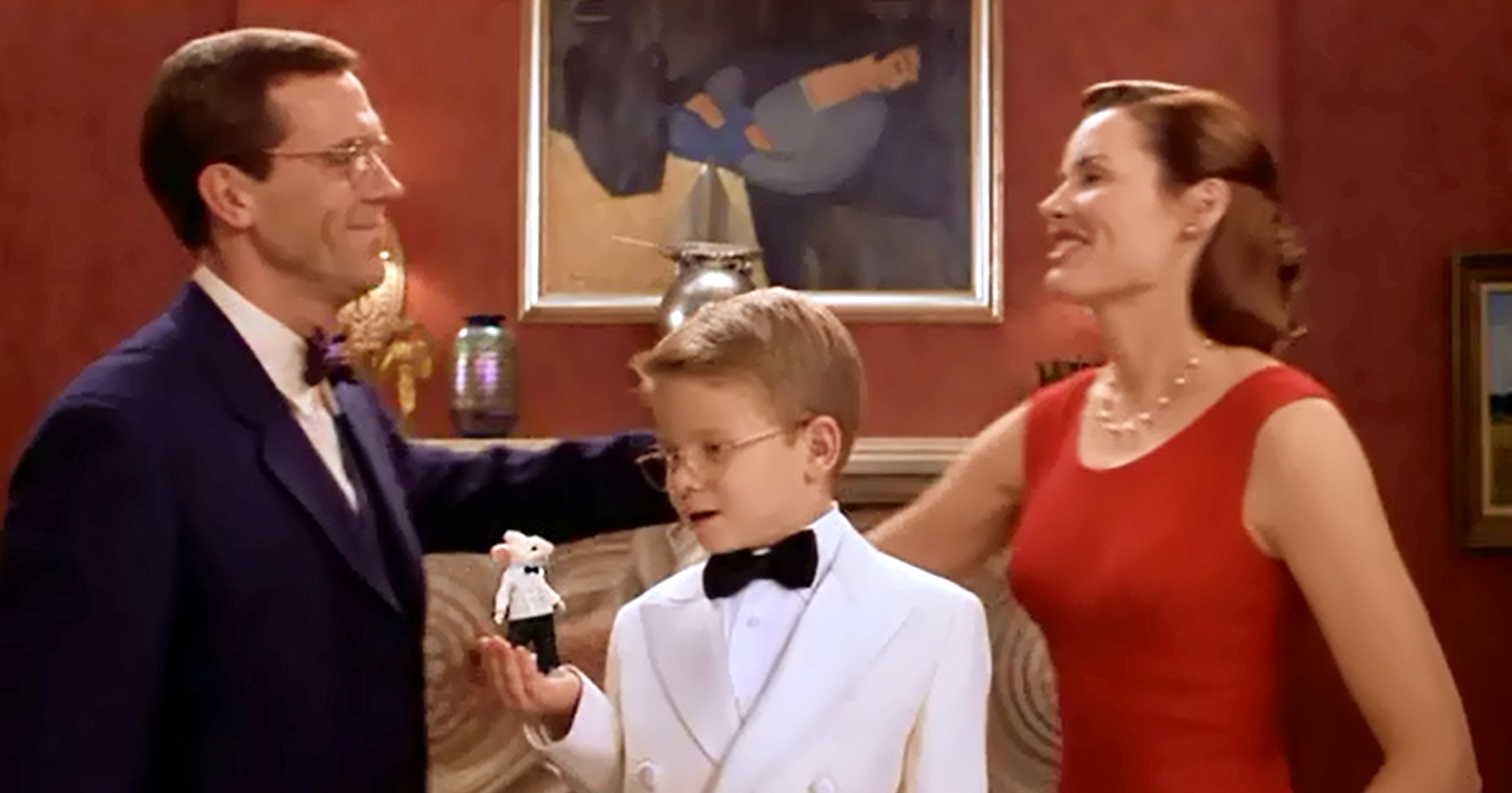 The painting is dated between 1924-28 and all that was left of it was a black-and-white reproduction made for an exhibition in 1928. Last Christmas, however, a painting caught Gergely Barki’s eye while watching the movie Stuart Little with his daughter. The art historian couldn’t believe his eyes: there was the long-lost painting, hanging above the fireplace in a children’s movie! After Christmas Barki immediately started the hunt for the work of art, which had last been exhibited at the Ernst Museum, Budapest in 1928.

Letters to Sony Pictures, the film director and the stage designer revealed that the painting was no longer in the possession of the studio. Barki didn’t give up and after several weeks of investigation he managed to contact the stage designer’s assistant, who had originally bought the painting for the set. Lisa Sessions was looking for a suitable painting and bought one by an “unknown artist” from an art dealer in Pasadena, California. It turned out that she liked the painting so much she tried to buy it after they finished shooting the film. However, the studio wanted to keep it in case a sequel to the movie was to be made, and a couple of years later they lent it for the shooting of a soap opera. At that point everybody thought it was just a copy and not worth much.

Luckily, an old colleague of Lisa’s managed to trace the painting down at the studio and she bought it half-price – a real bargain, considering now it’s worth tens of millions of HUF. When another friend of Lisa’s came to Budapest and saw another painting by Berényi, the famous Woman Playing the Violoncello, she recognized the similarities between the two works of art. It’s not difficult to spot them, as the model for both was the painter’s second wife, Eta Breuer. These two paintings were exhibited along with another work by Berényi, the Sleeping Woman with a Fox at Virág Judit Art Gallery until the middle of December.

The majority of Berényi’s works is on display in the National Gallery, with several paintings exhibited in museums in Pécs and Székesfehérvár. Nobody knows how the Sleeping Woman with a Black Vase ended up in the United States, so there is a 70-year-gap in the painting’s history. But the last chapter is very exciting: Barki met Lisa in a Washington park and had to borrow a screwdriver from a hot dog seller in order to take the frame off. And, as he hoped, he found the stamp of the Munkácsy Guild on the back of the painting, certifying that was the original painting that had been exhibited in 1928.