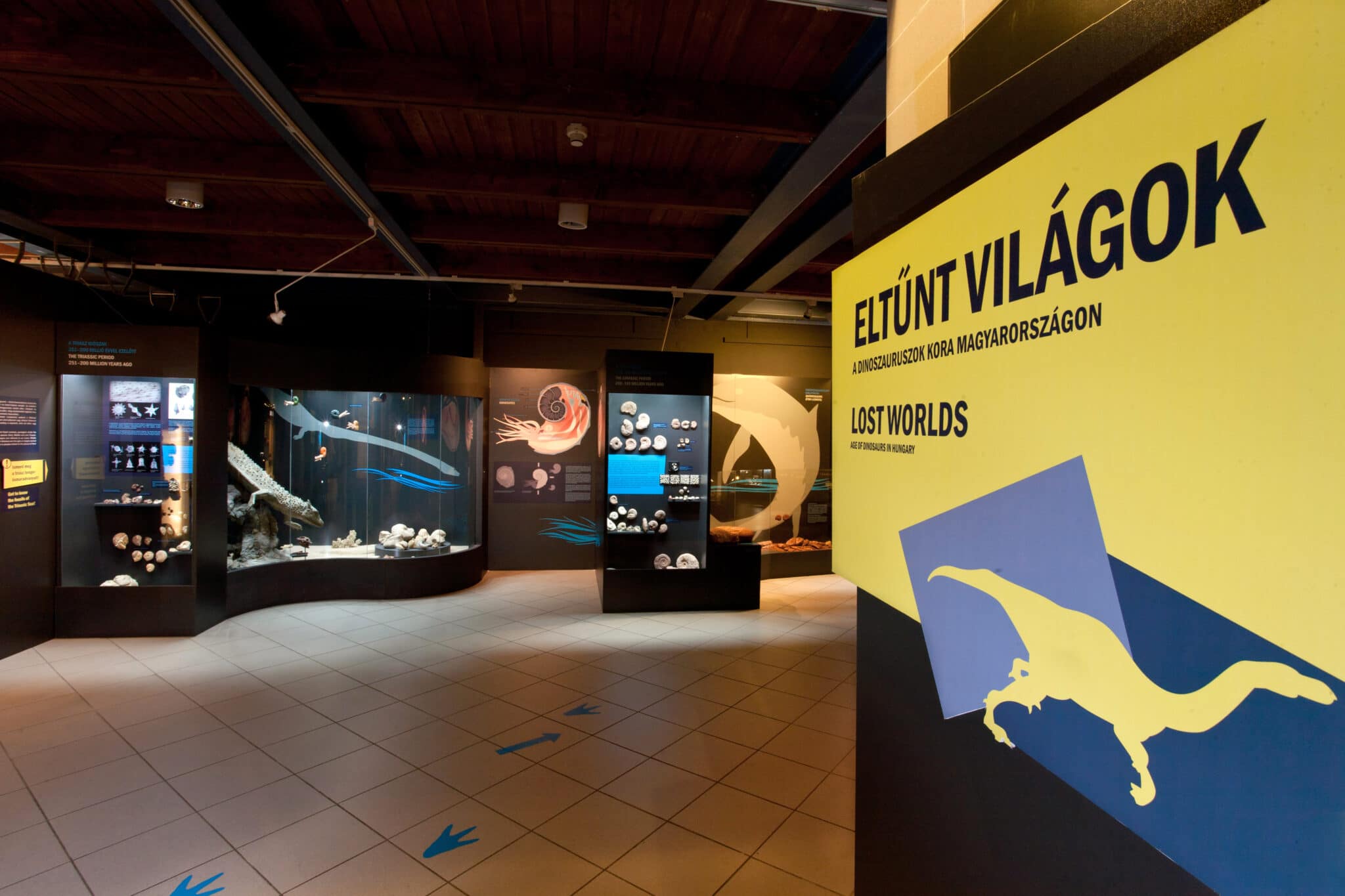 If you are fascinated by nature and natural wonders this museum is a must-see in Budapest. Equally interesting for both adults and children it’s always worth a visit.

What can you see there?

A natural history museum is a scientific institution with natural history collections that include current and historical records of animals, plants, fungi, ecosystems, geology, palaeontology, climatology, and more. The Hungarian National History Museum is a fine collection of more than 11 million artefacts exhibited in a beautiful building of ornate architecture rightfully dubbed ‘The Cathedral of Nature’. When you enter the central hall you can see the skeleton of a 22-metre fin whale hanging from the ceiling fitted at 10 points to a specifically assembled wooden beam structure. It weighs about two tonnes altogether out of which the weight of the skull is a tonne. The entrance hall and the main entrance of the building were specially designed to accommodate the huge skeleton. The specimen displayed was caught in the Atlantic Ocean in 1896 during the heyday of industrial-scale whaling.

The Museum is located in Józsefváros, in the historic building of the old Ludovika Military Academy. Its permanent and temporary exhibitions occupy 5,000 square meters. The museum is particularly famous for its exhibition of dinosaur skeletons. Here, you can meet the one-time dinosaurs of Hungary and their reconstructions, learn about the natural world of the Carpathian Basin and its minerals with the help of interactive demonstrations.

The origins of the museum

The origins of the museum date back to 1802 and the establishment of the Hungarian National Museum by Count Ferenc Széchényi, who donated his 1,700 volume library, manuscript, and coin collection to the nation. In the same year, his wife donated the very first natural history collection that contained selected and valuable minerals from Hungary. Because of the diversity of the continuously expanding collection, the natural history material had to be separated from the National Museum, so independent zoological, mineralogical, palaeontological, and botanical departments were founded in 1870. Thanks to the greater independence, more and more specialists joined the departments and the growth became even more intense. During the Hungarian Revolution in 1956, the museum suffered great losses. Its famous Africa exhibition and the majority of the mineralogy and palaeontology collections were lost due to a fire caused by an artillery-shot. In the following decades, several collecting trips were organized to Africa and ’exotic socialist countries’ like North Korea, Vietnam, and Mongolia, and from the 1980s more countries in Asia, Africa, South America, Australia, and Oceania became available destinations for collecting trips.

The current building of the museum was designated to house the collection In the middle of the 1990s.

A scientific discovery room provides lots of fun not just for children. A room where you can touch everything and gather lots of information about whatever you’re interested in in connection with nature. Did you know for example that the malleus is a bone that doesn’t grow? It’s the same size in new-born babies and adults. We learnt this particular trivia in the scientific discovery room on our last visit to the Natural History Museum.

If you like to try yourself in escape rooms the Museum caters to you in two different fields: ‘The mystery of life’ and ‘Buried alive – Time travel in the crypt’. In the former, you can be a young scientist, called Robert, fly back in time, read handwritten letters with hard-to-read calligraphic fonts. He invites you to his room to re-examine the pieces of evidence that helped him uncover the mystery. The real collection of animal and plant dissections in his study, as well as geological samples and fossils, hold the key to the great mystery of life. He wants to see, whether looking at the same phenomena, you will come to the same conclusions as he has. If you successfully solve the problems within 60 minutes you will be able to become one of the most recognised scientists in the world.

When playing the ‘Time travel in the crypt’ adventure you have the chance to become a hero and save a life. You can travel back in time to an 18th– century crypt in Hungary and rescue those who aren’t dead. An antique family vault is waiting for you with real human remains. In the 18th century, medical science wasn’t very developed. Due to the lack of necessary equipment, the diagnosis of death was often a false conclusion. It used to happen that people were buried alive because they were simply thought to have been dead. With a few exceptions of lucky escapes, a terrible death was waiting for those buried alive. If you solve the mysteries and pick up the key, you will have a chance to save those still alive from their horrible death. The game is based on a true – and not a happy ending – story which took place in the town of Vác.