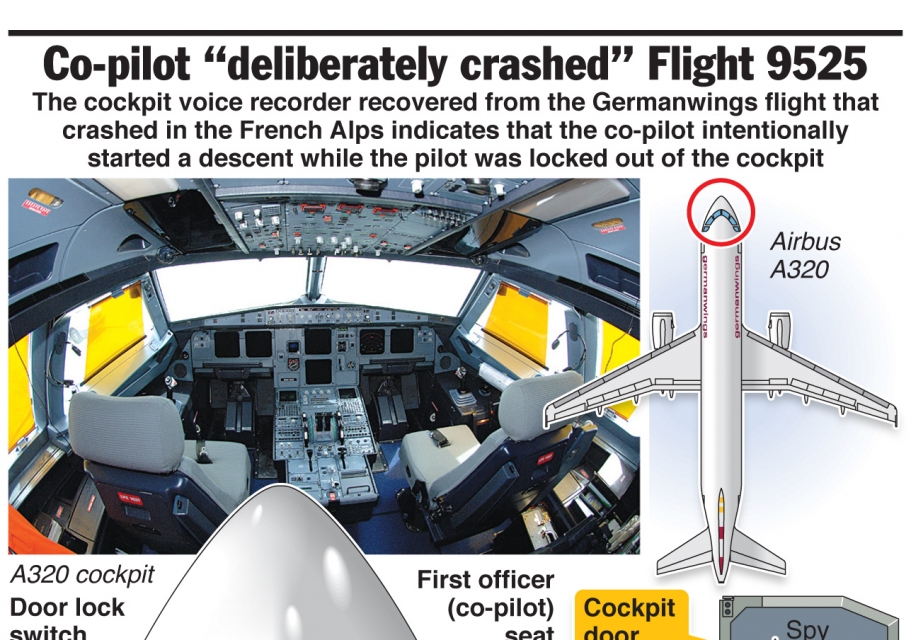 The 28-year-old co-pilot of the Germanwings flight which crashed in the Alps appears to have brought down the plane deliberately.

The cockpit voice recorder recovered from the Germanwings flight from Barcelona bound for Düsseldorf, Germany, indicates that the co-pilot intentionally started a descent while the pilot was locked out of the cockpit.

Andreas Lubitz, co-pilot of the Germanwings plane activated the descent button and refused to open the cockpit door to the pilot.

On the basis of the data recovered from the cockpit voice recorder Marseille prosecutor Brice Robin says the co-pilot was alone at the controls of the flight and "intentionally" sent the plane into the doomed descent.  He was the one who pressed the button that allowed the plane to begin descending and lose altitude."

He said that the crew member - who won a Federal Aviation Authority award in 2013 - wanted to "destroy the plane".

The Airbus A320 plane is designed with safeguards to allow emergency entry to the cockpit if a pilot inside is unresponsive, but the override code known to the crew does not go into effect and goes into a five-minute lockdown if the person inside the cockpit specifically denies entry, according to an Airbus training video and a pilot who spoke to the Associated Press. Airlines in Europe are not required to have two people in the cockpit at all times though it is a requirement in the US.

The plane ploughed into the side of a mountain at around 430mph (700 kmh), killing all of those on board instantly.

Mr Robin said Mr Lubitz was a German national but does not know his ethnicity or religion. The young co-pilot joined the airline in 2013 straight after training.

The prosecutor said there is nothing to indicate that this was a terrorism-related event and he would not speculate on whether the co-pilot had committed suicide.

’Breathing could be heard from the cockpit and was normal, which has led investigators to believe the co-pilot was conscious at the time. Other than that, the cockpit was "silent".

There was no contact made with air traffic control in the final eight minutes of the flight.

The families of the victims are in a "state of shock" and "can't believe what has happened". 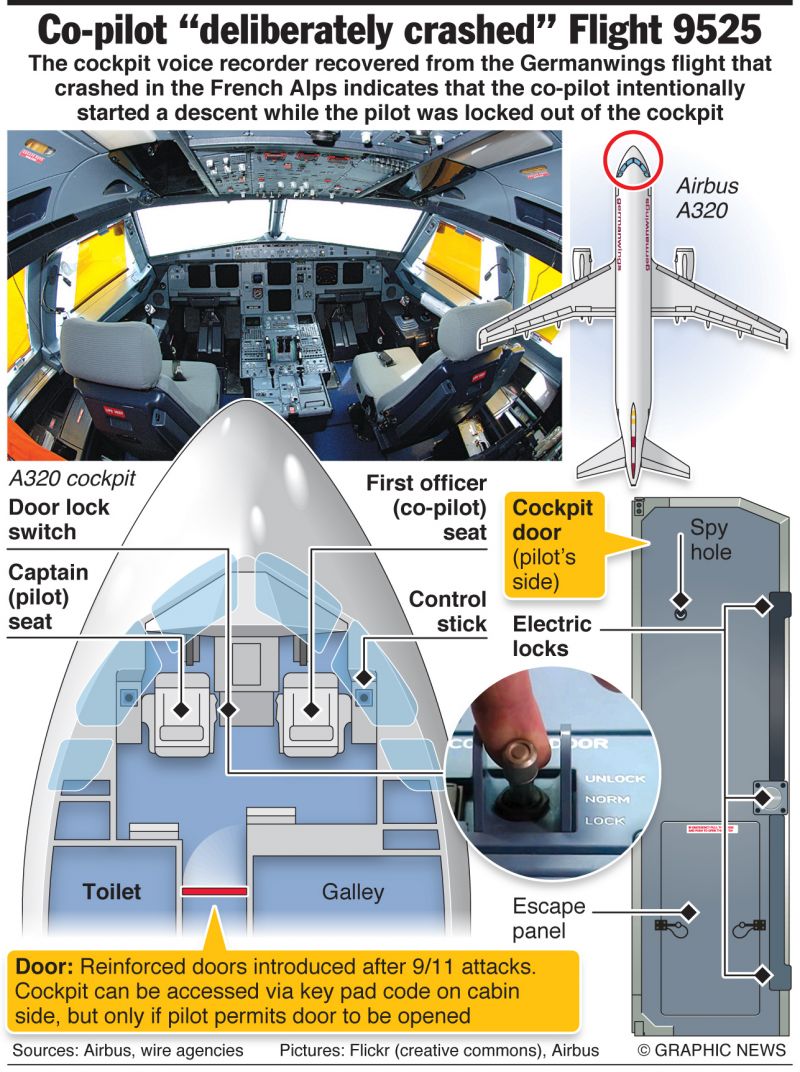 Some 500 people are now working on the investigation, which is hampered by the remote location of the crash.

Each body must be removed by helicopter as the mountainside is very steep. The recovery process is expected to take a week. The data recorder for the flight has not yet been found.

Carsten Spohr, the chief executive of Germanwings parent company Lufthansa said: "Not in our worst nightmare could we imagine something like this happening."

He added that cockpit personnel are selected carefully and go through rigorous checks.

Aviation security expert Chris Parratt told Sky News: "When you become a pilot, it's not a job you choose overnight. It takes a lot of time and a lot of money. What happened here is an extraordinary occurrence." 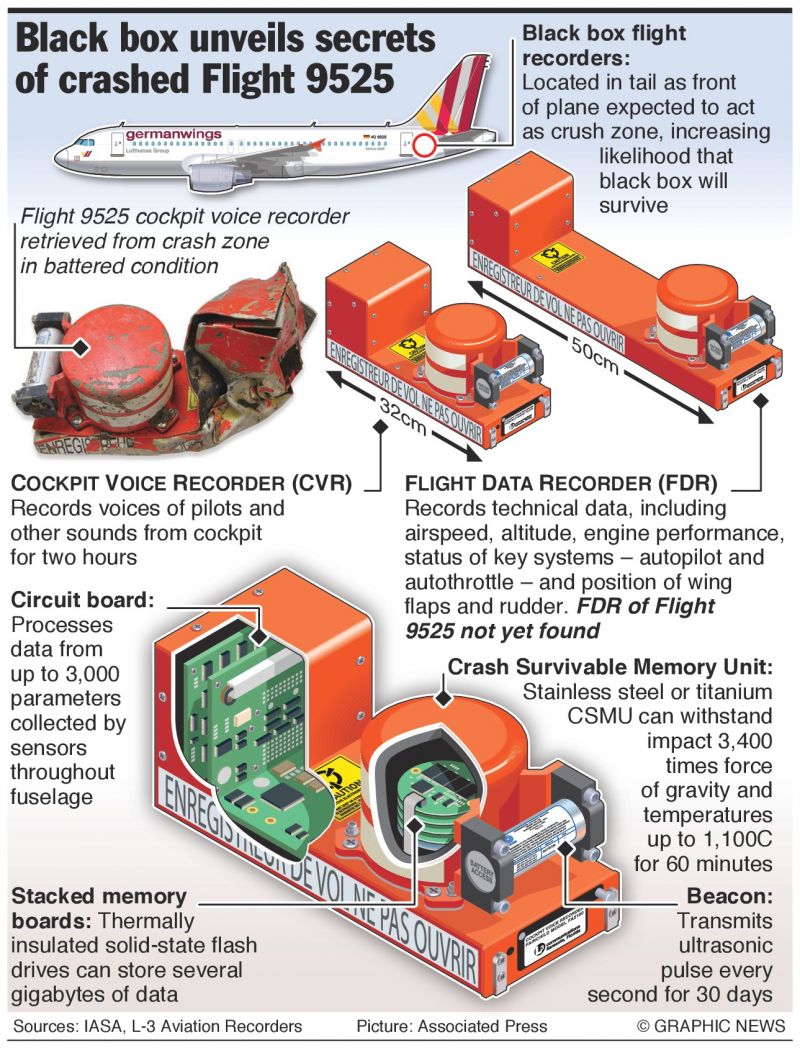 A member of the flight club in the co-pilot’s home town of Montabaur who knew him said: "He was happy he had the job with Germanwings and he was doing well. He was very happy, he gave off a good feeling."

The principal of Joseph Koenig High School in Haltern, Germany, which lost 16 students and two teachers in the crash, says the state governor called him to say the cause "was without a doubt suicide."

Ulrich Wessel said: "I gave this information to my colleagues immediately, and they were just as stunned as I was”.

"I told them it is much, much worse than we had thought. It doesn't make the number of dead any worse, but if it had been a technical defect then measures could have been taken so that it would never happen again."

Relatives of the co-pilot are in France and being kept away from grieving relatives, who are also in France near the scene.

Find words or expressions from the text that mean the same.

4. to make something difficult

6. the act of killing oneself

9. the people who work on a plane

10. the part of a plane where the pilots sit 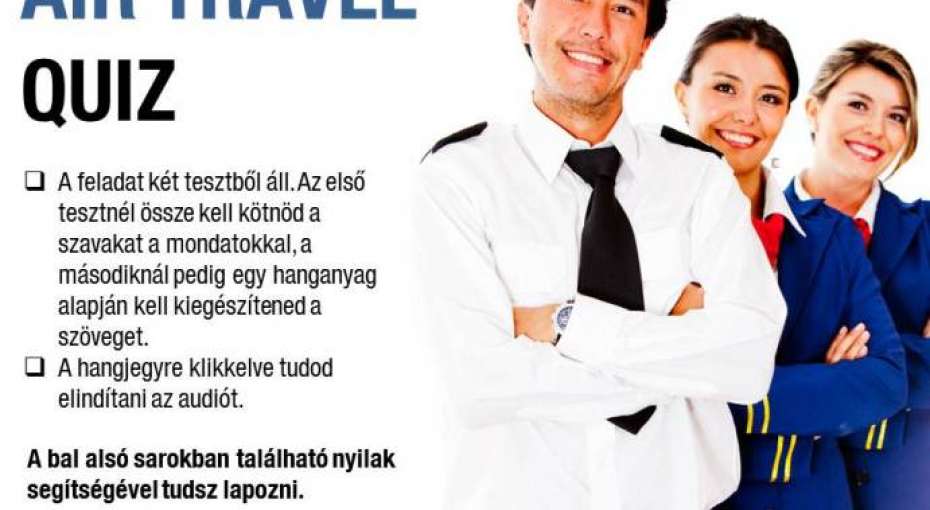 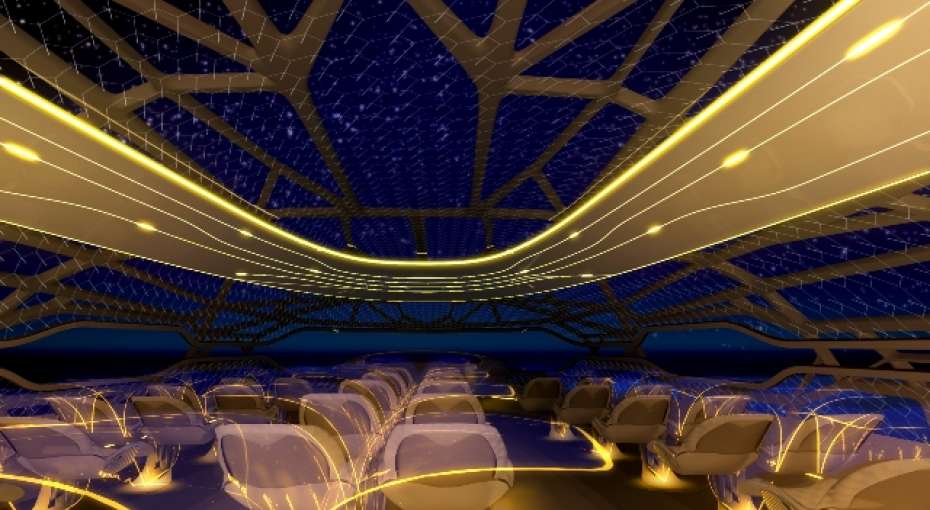 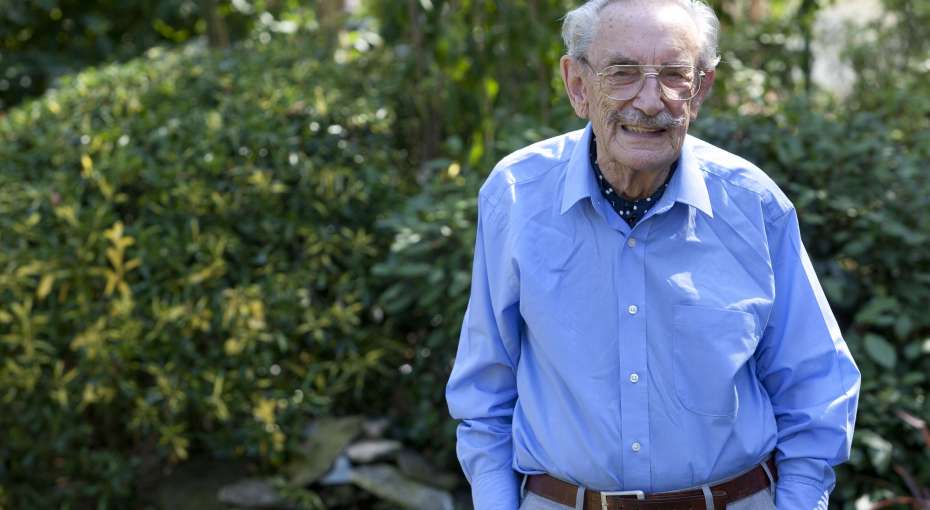 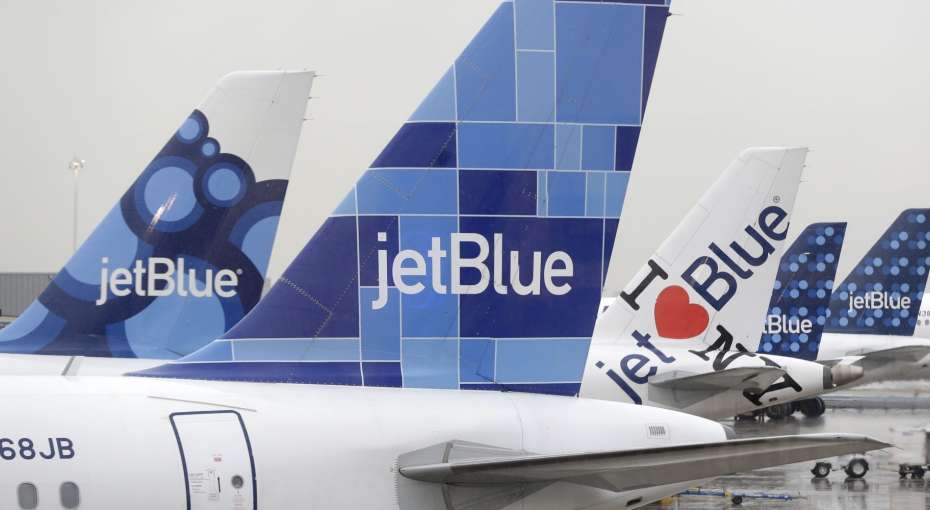