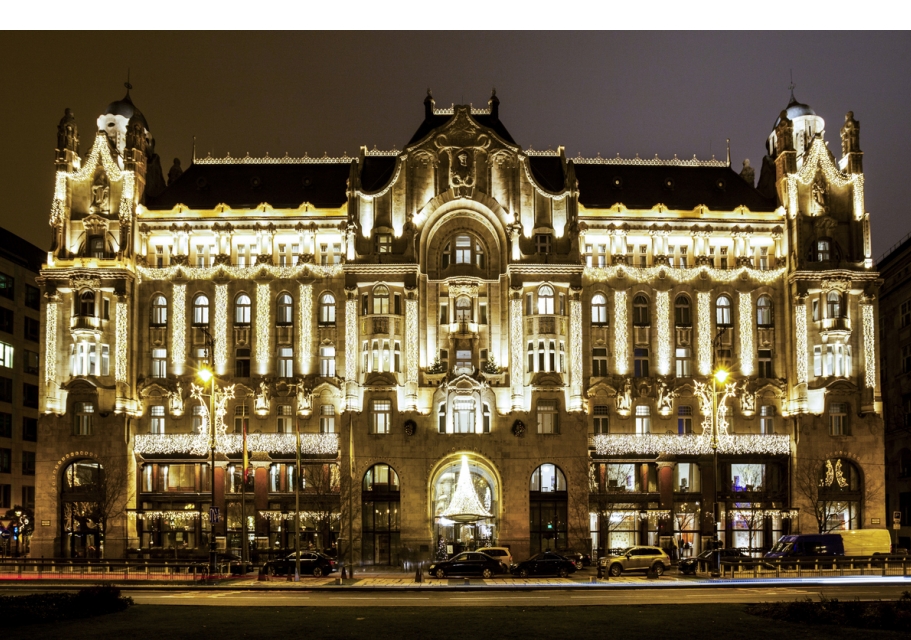 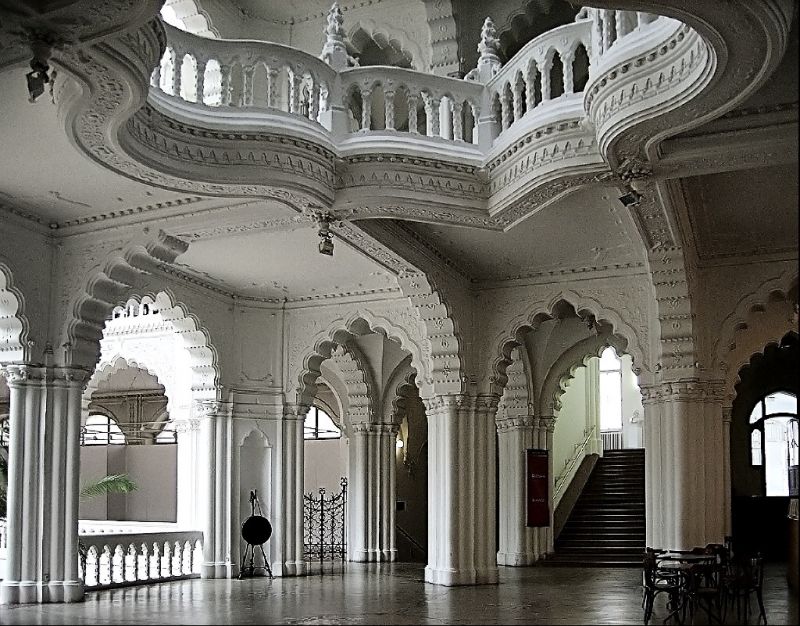 This beautiful Art Nouveau museum was built between 1893 and 1896 based on the plans of Ödön Lechner and Gyula Pártos. It has a spectacular green and yellow roof with Zsolnay porcelain tiles and the interior is designed using Hindu, Mogul, and Islamic designs. The museum’s entrance leads to an enormous atrium covered by a glass roof and is surrounded by white-coloured cloisters. In autumn 2017, the museum was closed to start its full reconstruction and expansion, so now you can admire the building only from the outside. It’s due to reopen early 2021.

Another beautiful building designed by Ödön Lechner (also nicknamed the Hungarian Gaudí). Each detail in the architectural masterpiece has been crafted to carry a geological meaning. The brilliant blue tiled rooftop symbolises the sea, crowned with globes on the turrets. The entrance hall with brown walls and tiled floors represents the inside of a cave, while the plaster cast features make an Art Nouveau interpretation of stalactites and stalagmites. The building was designed to be seen from far away since this part of Budapest was just parkland when the institute was built. The city has expanded since then, and the institute is now lost between houses, embassies, and palatial structures on the wide boulevard, and you only really notice it when you look up. But looking up is really worth it!

The building was built based on the plans of Ödön Lechner and Sándor Baumgarten. Hungarian flower patterns feature on it in Lechner’s distinctive Secession style and he also used colourful ceramic tiles. The facade is decorated with beehives that are the symbols of savings referring to the original function of the building. One of the most beautiful buildings in Pest, it is now part of the National Bank of Hungary.

The building was built in 1907 based on the plans of Zsigmond Quittner and the Vágó brothers and it operated as the headquarters of the London-based Gresham Life Assurance Company. Since 1987, the building has been part of World Heritage. With flowing lines, beautiful ironwork (including two magnificent peacocks at the gate of the courtyard), and ornamental decorations inspired by floral motifs, this building is a typical representative of Secession. With stained glass windows, wide sweeping staircases, and incredible mosaics it’s one of Budapest's most magnificent buildings. The bust of Sir Thomas Gresham adorns the façade of the building near the top. At present, after having been restored to its original grandeur, the building houses the luxurious Four Seasons Gresham Palace Hotel that opened in 2004 providing 179 guest rooms to the visitors. 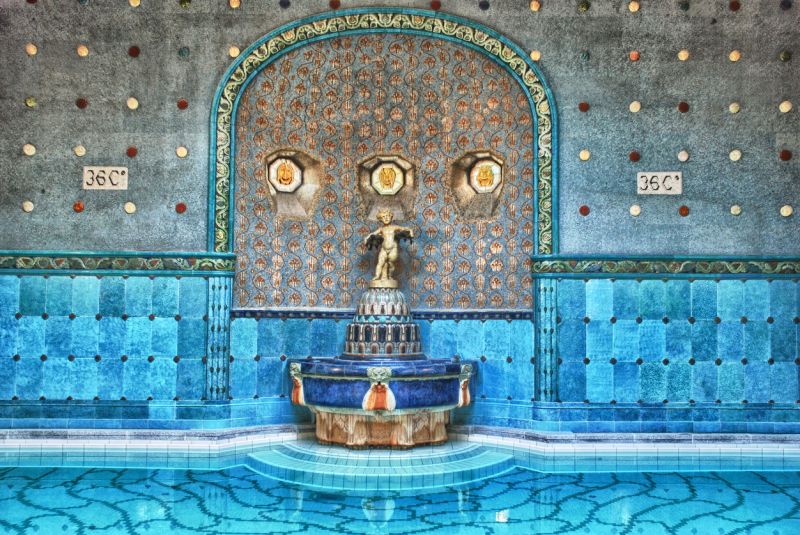 Gellért Thermal Bath was built in Art Nouveau style between 1912 and 1918. In the last year of World War I, Russian prisoners of war also worked on the construction of the building. The luxurious bath was the most modern bath in Europe at that time. Its Zsolnay pyrogranite façade and the wooden interior of the dressing rooms are a stunning sight. The main entrance has statues, superb mosaics, and it is lit by a soaring skylight with stained glass. Classical marble columns support the skylight over the indoor swimming pool. Other decorations include beautiful majolica tiles and stone lion heads spouting water, geometric and angular shapes, mirrors, and mirror tiles.

A discussion of Art Nouveau would not be complete without mentioning Miksa Róth. He was a stained glass artist and one of the pioneers of Art Nouveau in Hungary. He was the first to apply Tiffany-glass for glass windows in the Art Nouveau movement. His works and art can be seen in various places from Saint Stephen’s Basilica and the Parliament building in Budapest, to the church in Mariensdorf, Burgenland, Austria, the Royal Palace of the Netherlands, and even on the glass dome of the Teatro National, Mexico, to mention only a few examples. And there’s a museum in Budapest dedicated to Miksa Róth and his works: Miksa Róth Memorial House. The museum is located in the glass artist’s former home and displays some of the finest pieces of his glass art. The stained glass pieces are well back-lit so that the visitors can enjoy and appreciate the amazing cavalcade of colours and textures. 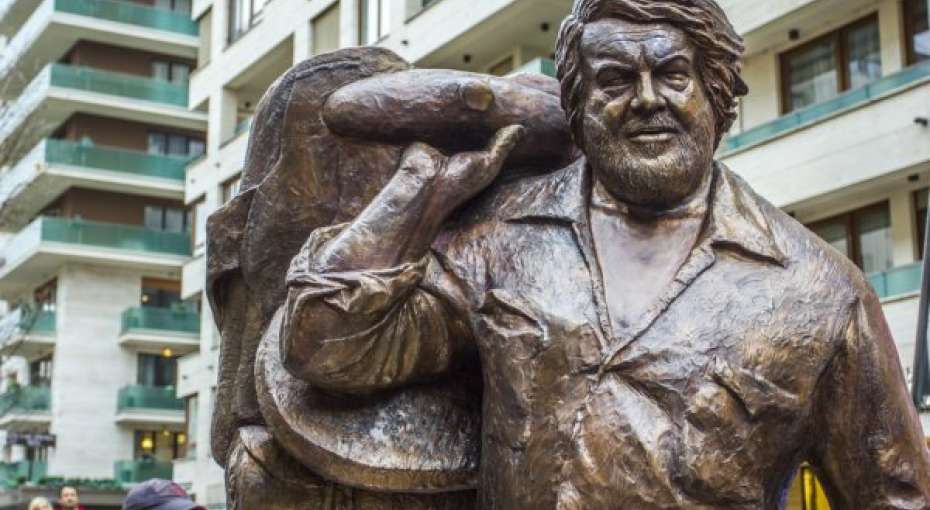 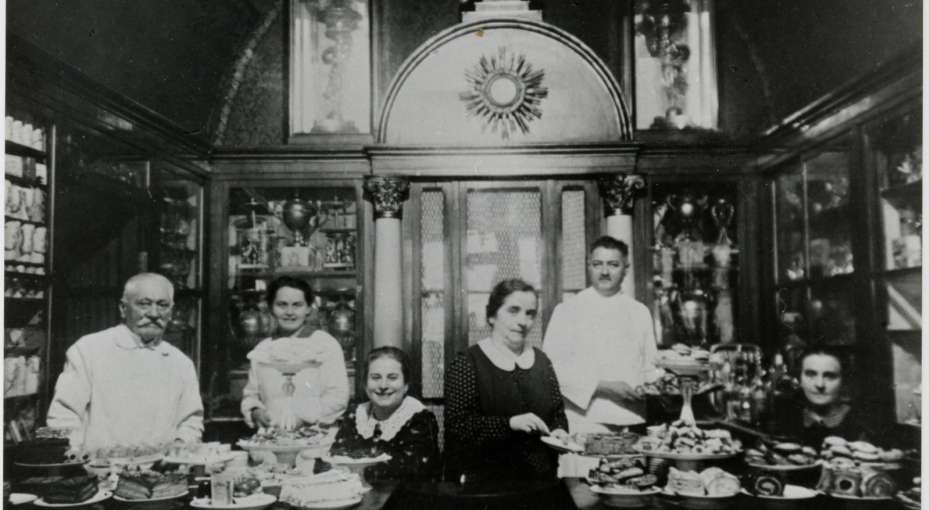 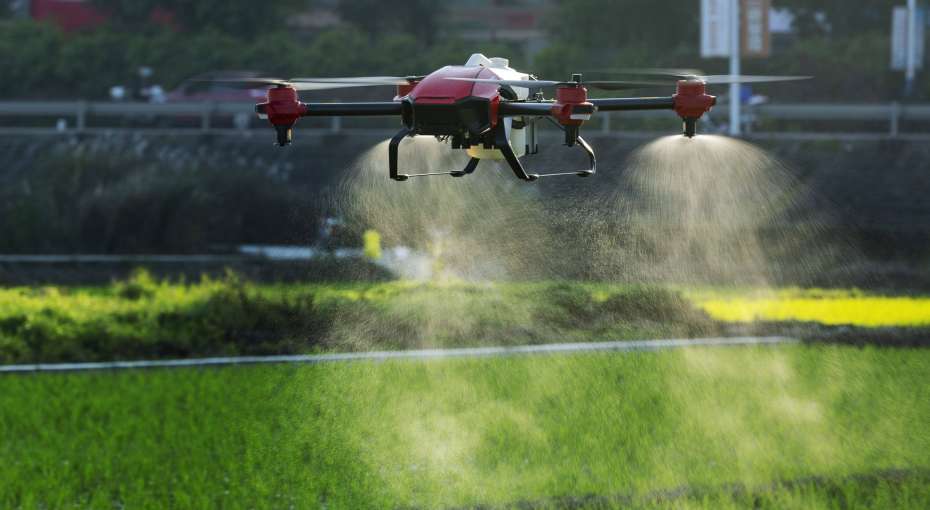