Back to the… Present!

The time warp of the Back to the Future trilogy

Many of us have seen the Back to the Future trilogy – at least once, maybe in a cinema, on VHS tape or catching the occasional rerun on TV. But do you remember that in Back to the Future II Marty goes to 2015? His future became our present, so let’s walk down memory lane and see how his time machine worked and how his 2015 differs from our 2015.

Written by Bob Gale and Robert Zemeckis, directed by Zemeckis and starring Michael J. Fox and Christopher Lloyd, the trilogy was a huge box office hit and has been a fan favourite ever since. In the first 1985 film, Marty McFly is an American teenager who lives with his unhappy mother, Lorraine, and his father, George, who is bullied by his supervisor, Biff. Marty gets transported from 1985 back to 1955 in a time machine made out of a DeLorean by his scientist friend “Doc” Brown. The car is powered by plutonium, and he soon realises that there is not enough to return. Marty meets young George and saves him from an oncoming car. This action mixes up everything, because now it is Marty whom Lorraine meets and becomes infatuated with instead of George. Marty tries to find the 1955 Doc to get some help and Doc tells him that the only way he can get the car going is to catch a bolt of lightning. Fortunately, Marty knows that the town house was (or rather will be) struck by lightning. He makes several attempts to get George and Lorraine together, but fails until George manages to save Lorraine from Biff at the school dance. When he finally gets back to his present, his whole family is changed. His father is a successful author, his mother is happy and fit and Biff is not a bully anymore, but his father’s subordinate. After Marty reunites with Jennifer, his girlfriend, Doc takes them to the future in his DeLorean. 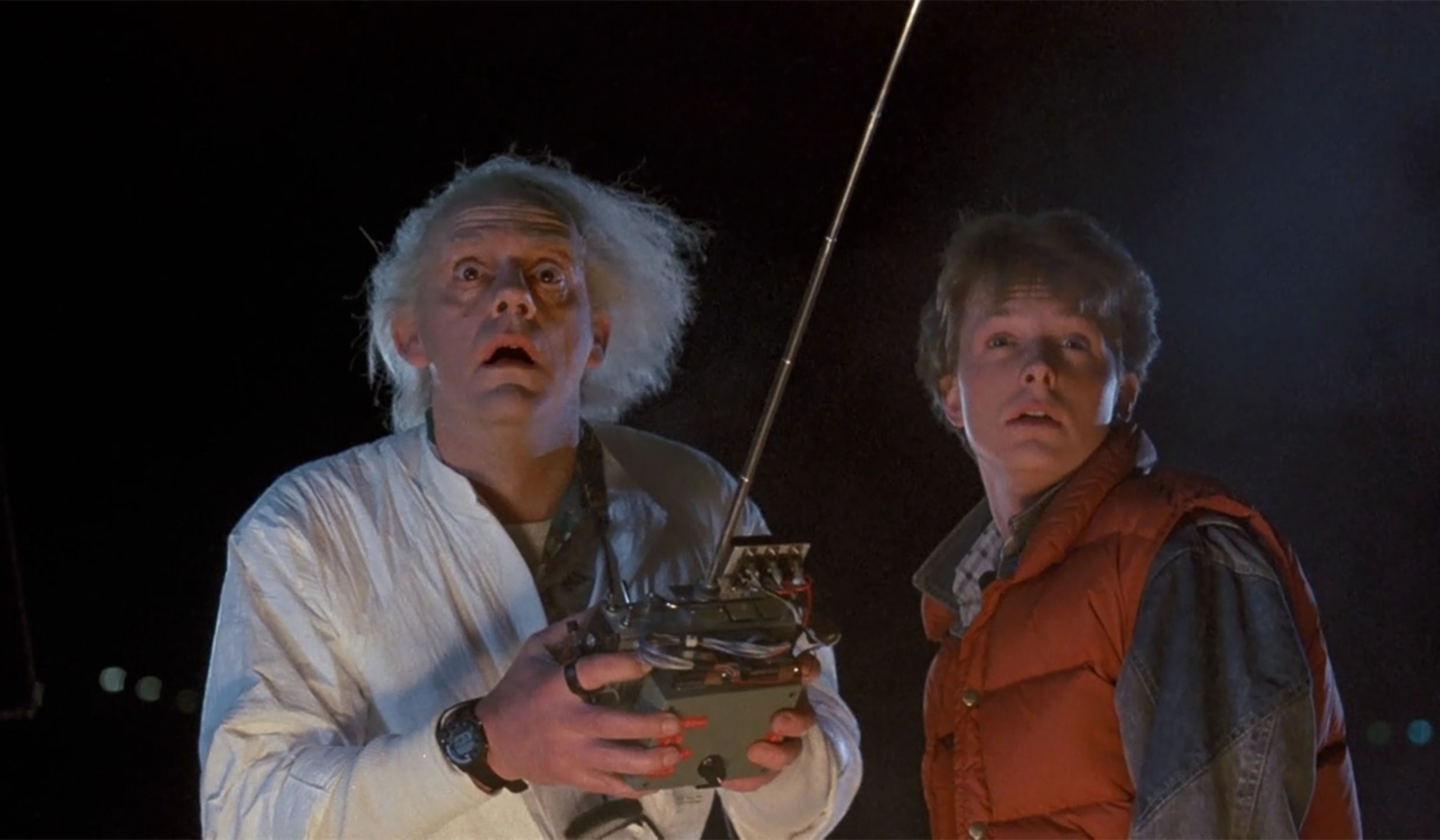 In the second installment, Marty travels to 2015 with Doc and Jennifer to prevent his future son from taking part in a robbery with Biff’s grandson Griff. Marty switches places with his son, refuses Griff’s offer and they get into a fight resulting in Griff’s arrest. Meanwhile, Jennifer is shocked to find herself in their 2015 house and realises that her future life with Marty is not what she expected. When they get back to 1985, they find a dramatically changed present: Biff is wealthy and corrupt, George is dead, Lorraine was forced to marry Biff and Doc is in an insane asylum. After finding evidence that 2015 Biff went back in time to change his past, they travel back too and get back the sporting events almanac from 1985 Biff – as it was the knowledge of the results of major sporting events from 1950 to 2000 that made him rich in 1985. Before going back to the future, the time machine is struck by lightning and disappears with Doc. Marty, though, soon finds out that Doc was sent back to 1885.

In Back to the Future Part III Marty travels back to 1885 to save Doc. He meets his own great-great-grandparents as well as Biff’s ancestor, who is trying to kill Doc. They attempt to use a locomotive to push the DeLorean up to speed and Doc rescues passenger Clara Clayton on the way. They fall in love immediately. After a series of adventures, Marty goes back to 1985 and finds that everything has returned to the improved timeline. Doc and Clara return as well – on a locomotive time machine with their two children – just to disappear into an unknown time. In the closing scene Doc tells Marty and Jennifer that the future has not been written yet.

The creators were not fortune tellers, so it’s not that easy to recognise our present in the 2015 scenes. On the one hand, parts of this vision are a lot more modernised than our world today: children don’t use hoverboards (there are no hoverboards!) and there is a lot less traffic in the sky than the film anticipated. On the other hand, certain things have progressed quicker than they would have thought. When Marty jokingly remarks after watching a commercial for the new Jaws movie that animation is still not at its best, we cannot help but realise that 3D technology is much better today than in movie-2015. As for clothing, the outfits in the film are painfully colourful, but Marty’s Nikes would probably work very well today!

For the 30th anniversary of the film, a new blu-ray package is coming out with hours of bonus features. And Back to the Future Day is coming too – be prepared, it’s 21st October, 2015! 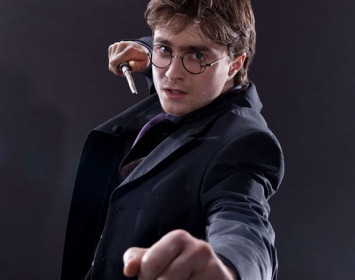 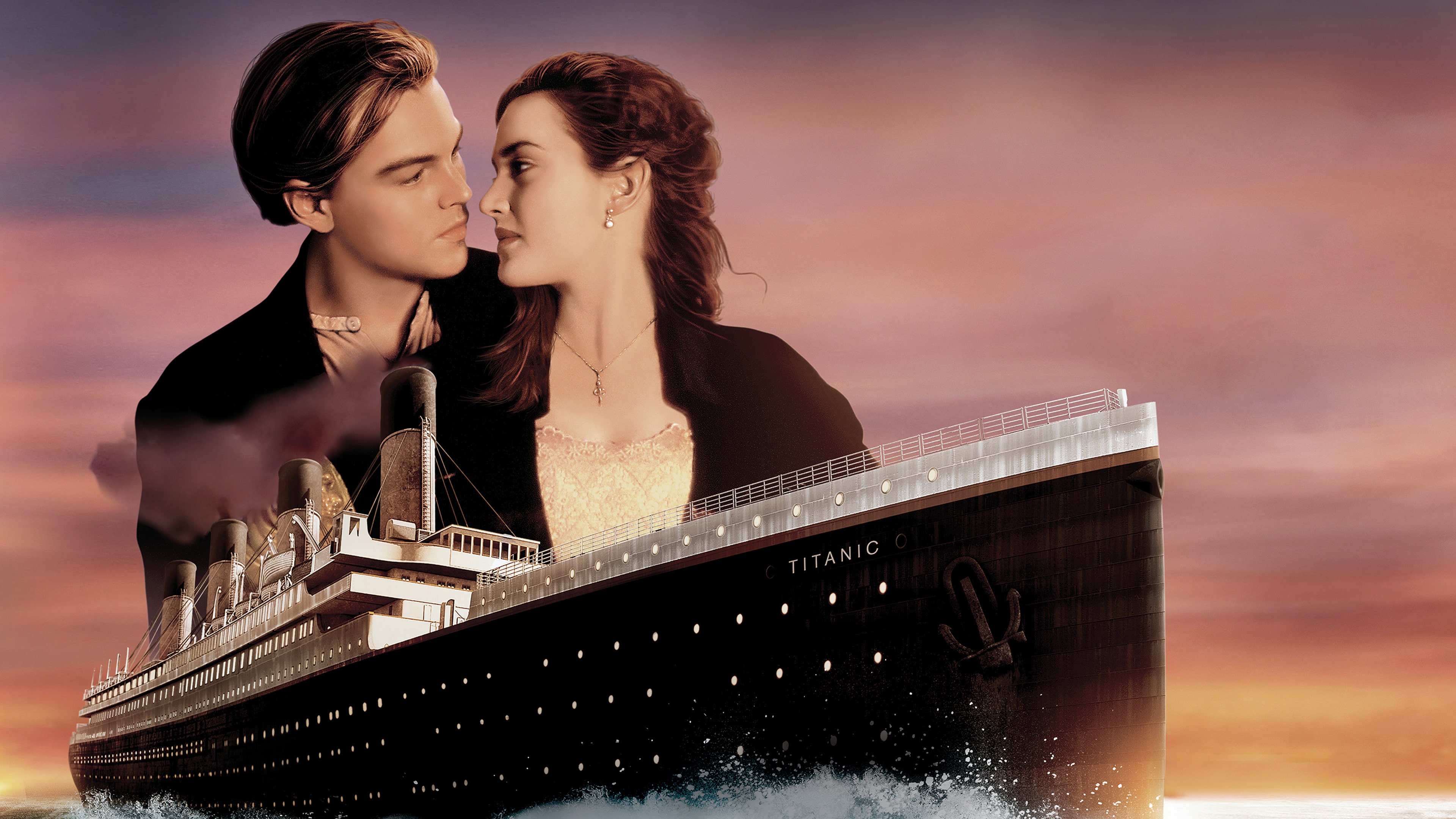