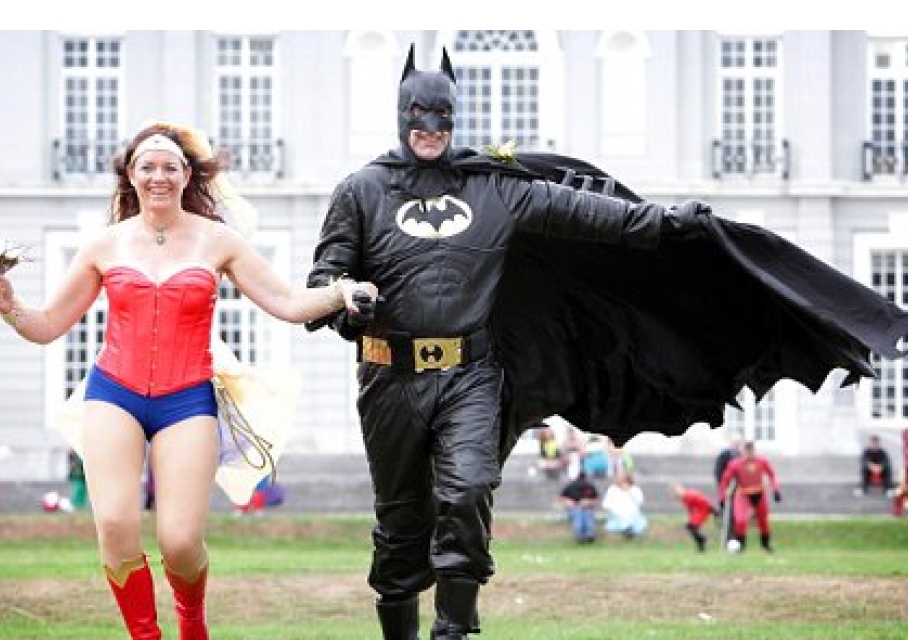 középfok
Facebook Tweet
Az esküvőn tucatnyi szuperhős jelent meg. Izgalmas történet angol nyelven.
Most couples would hope to feel like superheroes on their wedding day - but this pair went the extra mile and dressed up like them. Sharon and Neil Vaughan decided to marry as Wonder Woman and Batman because they love wearing fancy dress. And if you are wondering what happened to the caped crusader's sidekicks - Robin and the Joker were the best man and master of ceremonies.

Mrs Vaughan, 40, in red corset, blue hotpants, boots and a tiara and veil, made her entrance to the Wonder Woman theme tune. Her bridesmaids came as the PowerPuff girls while other guests included Superman, the Incredibles, Iron Man, the Incredible Hulk and Captain America.

It did not seem to matter that the Batman outfit meant it was impossible to see most of the groom's face. And despite wearing anything but traditional outfits, the groom and his best man still had a flower pinned to their outfits just as they would have in a buttonhole. Mr Vaughan, from Cullompton in Devon, said: 'We are not particularly traditional and we wanted to have a fun day with our friends, so I suggested we have a themed wedding. "I have always wanted to be Batman, ever since I was a little boy and Sharon said she had always wanted to be Wonder Woman."

Mrs Vaughan, an administrator, said the pair had saved thousands on traditional wedding accessories by having their wacky ceremony. "Our wedding was absolutely amazing and it cost us less than some couples would spend on just the dress," she said. "We were not allowed to see each other's costumes before the big day, but when I did see Neil he looked fantastic as Batman. We put a lot of effort into our costumes and our guests did as well. It was such a great day."

Mr Vaughan, who owns a children's entertainment business, proposed on Valentines Day. The couple, who have five children from previous relationships, will honeymoon in Australia. 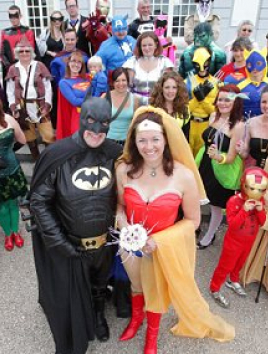