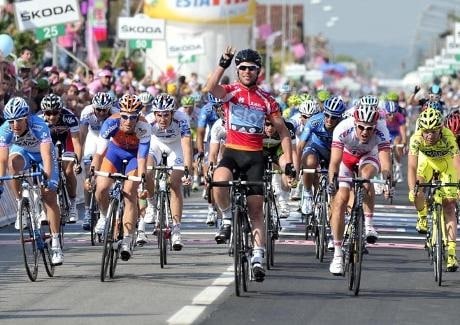 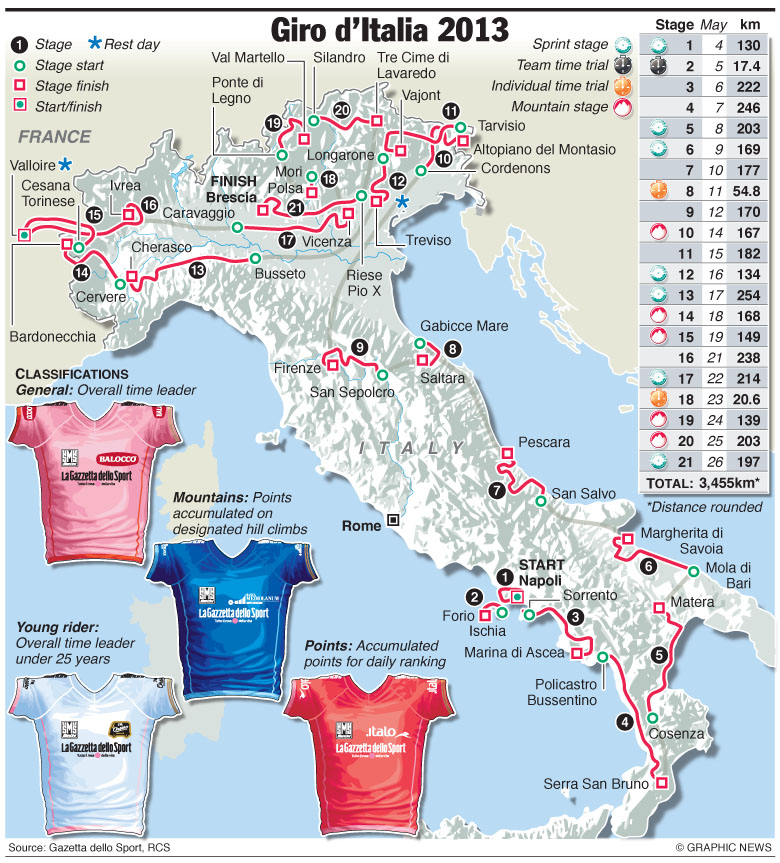 The 97th edition of the Giro d’Italia starts on Friday in Belfast with 198 cyclists participating in the opening team time trial in the Northern Irish capital. The Italian Grand Tour ends June 1 in the north-eastern port city of Trieste.

As has become tradition every other year, the Giro d’Italia starts outside Italy. However, this is the first time that the Grande Partenza — or the Big Start — will take place outside of mainland Europe, with Belfast the departure point. The city is also the start and finish point for Saturday’s 218-kilometre leg. The following day starts in Armagh before crossing the border into the Republic of Ireland and finishing in Dublin. Pink banners, bunting and flags have been put up to match the colour of the leader’s jersey, while public buildings have been illuminated with pink projections and even sheep have been painted.

The Giro d’Italia first took place in 1909, and was the brainchild of struggling Italian newspaper Gazzetta dello Sport’s desire to increase sales. It was following on from L’Auto’s organization of the Tour de France and was eager to beat rival paper Corriere della Sera, which was also planning to create a cycling race around Italy. Gazzetta dello Sport continues to organize and sponsor the Giro, and that’s where the colour pink comes from: the newspaper is printed on pink paper.

The 1909 race featured eight stages with an average distance of more than 300 kilometres, compared to the 183-kilometre average stage length this year. The route this year covers more than 3,200 kilometres, with 427.6km of it spent in the Republic of Ireland and Northern Ireland. There are 21 stages and three rest days. This year’s Giro is seen as balanced, with three time trials, eight finishes for sprinters and nine hilly or mountain stages. The Giro has been won by an Italian 68 times.

1. This is the first time that the Giro d’Italia starts outside of Italy.

2. The pink jersey is worn by the race leader.

3. The Giro was organised following the example of the Tour de France.

5. The Italian paper which organised the Giro hoped to make profit from the sales.