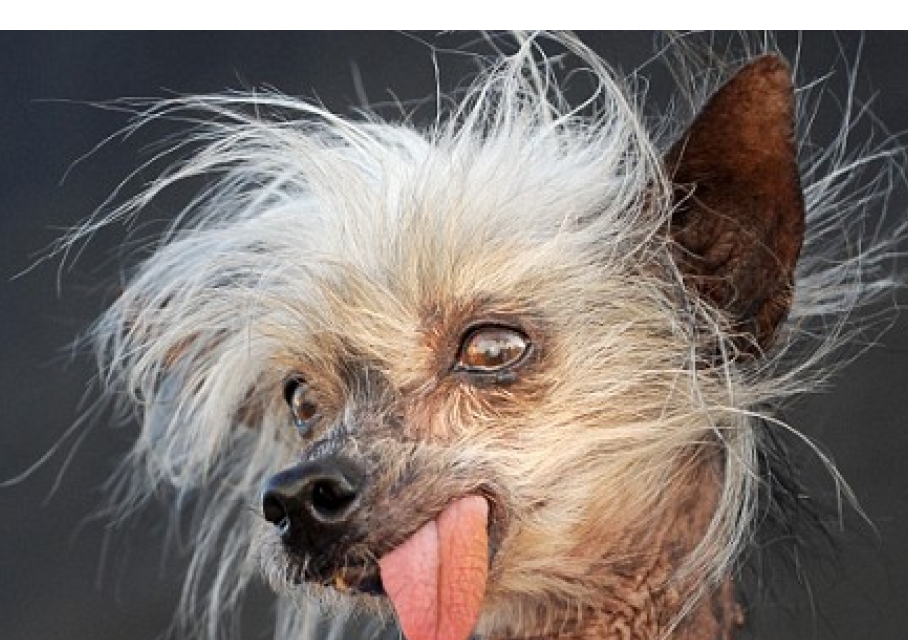 középfok
Facebook Tweet
A rondaságával büszkélkedő kutya a napokban pusztult el. A cikk szószedettel és képekkel.
Miss Ellie, the former World's Ugliest Dog, has died aged 17. The small, bug-eyed Chinese Crested Hairless dog whose pimples and lolling tongue helped her win Animal Planet's 'World's Ugliest Dog' contest in 2009, passed away in Colorado. Miss Ellie only had a couple of back teeth, cataracts in both her eyes, several moles and pimples, and limited hair.

Kept in a kennel for much of her life, her original owner saw no purpose for her. But then she was rescued in Tennessee by Dawn Goehring - who saw hope in the hairlessness. Miss Ellie was to be 'spokesmodel for rescue dogs of the "not so cute" kind,' she said. When she was rescued she knew no commands and was not house trained. But Dawn lavished so much love and care on her that she even brought her to her wedding - dressed in a rival white dress and veil. But by 2009, when she won her infamous title, she ruled the roost among her other rescue compatriots.

"Her dream is to travel around to prove that ugly is just a word, and says nothing about how wonderful she is," Dawn said in 2009. "Miss Ellie hopes that people get the message that there are plenty of wonderful rescue dogs out there just waiting for a chance," she claimed proudly. At the time, as well as winning a modeling contract from House Of Dog, Ellie also picked up a cheque for $1,000, a trophy to put in her kennel and even a professional photo shoot. She went on to have a short but sweet career in resort show business in Colorado's Smoky Mountains, starring in shows at the Comedy Barn in Pigeon Forge.

She also appeared on The Animal Planet cable show 'Dogs 101' and was on billboards and in a commercial. 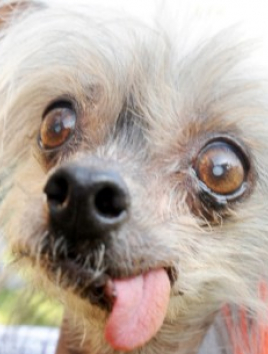 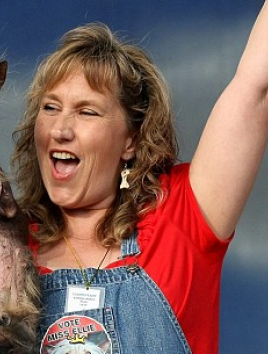