’Remember, remember, the fifth of November, gunpowder treason and plot’

If you live in the UK, you will know that rhyme and what it means.

It refers to Guy Fawkes Day, an annual celebration on the 5th of November.

Guy Fawkes Day celebrates a failure of Guy Fawkes and his accomplices in their plot to kill King James the first.  In 1605 Forks and his friends planned to blow up the houses of parliament with the Protestant King inside and replace him with a Catholic monarch. However, their plot was discovered and they were arrested and later executed for treason.

We celebrate Guy Fawkes Day by lighting large bonfires and setting our fireworks. The celebrations are also called bonfire night. People may go to organised firework displays or have smaller parties in their gardens. Fireworks are a large part of the celebrations. Although the event is on the 5th of November, it isn’t unusual to hear fireworks throughout October, too.

Another way of marking the day is by the making of a guy. A guy is a homemade dummy that is usually made to resemble Guy Fawkes himself. It used to be commonplace to see children with their guys asking for money by shouting: ‘penny for the guy’ but this tradition is not as popular in recent years. The guys are thrown onto the bonfires and burnt.

The image of Guy Fawkes has become very popular in recent years due to Guy Fawkes masks being used in the film V for Vendetta and also by the online group Anonymous.

Why did people in the UK first start to celebrate Guy Fawkes Day? The celebrations of Guy Fawkes Day began because the government in 1605 enforced a public day of celebration. The public had no choice but to light bonfires and celebrate the failure of the plot.

It wasn’t until mid-19th-century jacket potatoes become popular in the UK. Common jacket potato fillings during these months are cheese and beans, Tuna Mayonnaise, Chilli Con Carne and Chicken and Bacon.

The Yorkshire Parkin is a cake traditionally made of oatmeal and black treacle and eaten mainly around the Bonfire Night season. The Cake is very much widespread and popular in other local UK Regions. The Parkin cake is generally moist and can be sometimes sticky.

Toffee Apple is loved traditional bonfire night food, by many kids and adult alike. Traditionally the apple would be coated in a cinnamon sugar candy coating.

These peas have been called various other names such as Maple peas, or parched peas. The trick with the peas for a nostalgic memory is to when cooking, bring them to a boil. These are mainly used around the end of the season running from October as they are the perfect food for a bonfire night party.

The toffee is usually hard, brittle, it has had many names over the years, the locals often say tom trott, treacle toffee, Plot toffee. Bonfire toffee is mainly eaten on the bonfire season and is often out during the Halloween trick or treat activity. If you visit Scotland, they call it claggum, and in Wales loshin du.

2.            Because the others didn’t have knowledge about explosives and he was an explosives expert.

3.            He had written to one of his family members, Lord Monteagle, advising him not to attend the following day.

7.            the names of the plotters who were eventually convicted for their involvement in the Gunpowder Plot 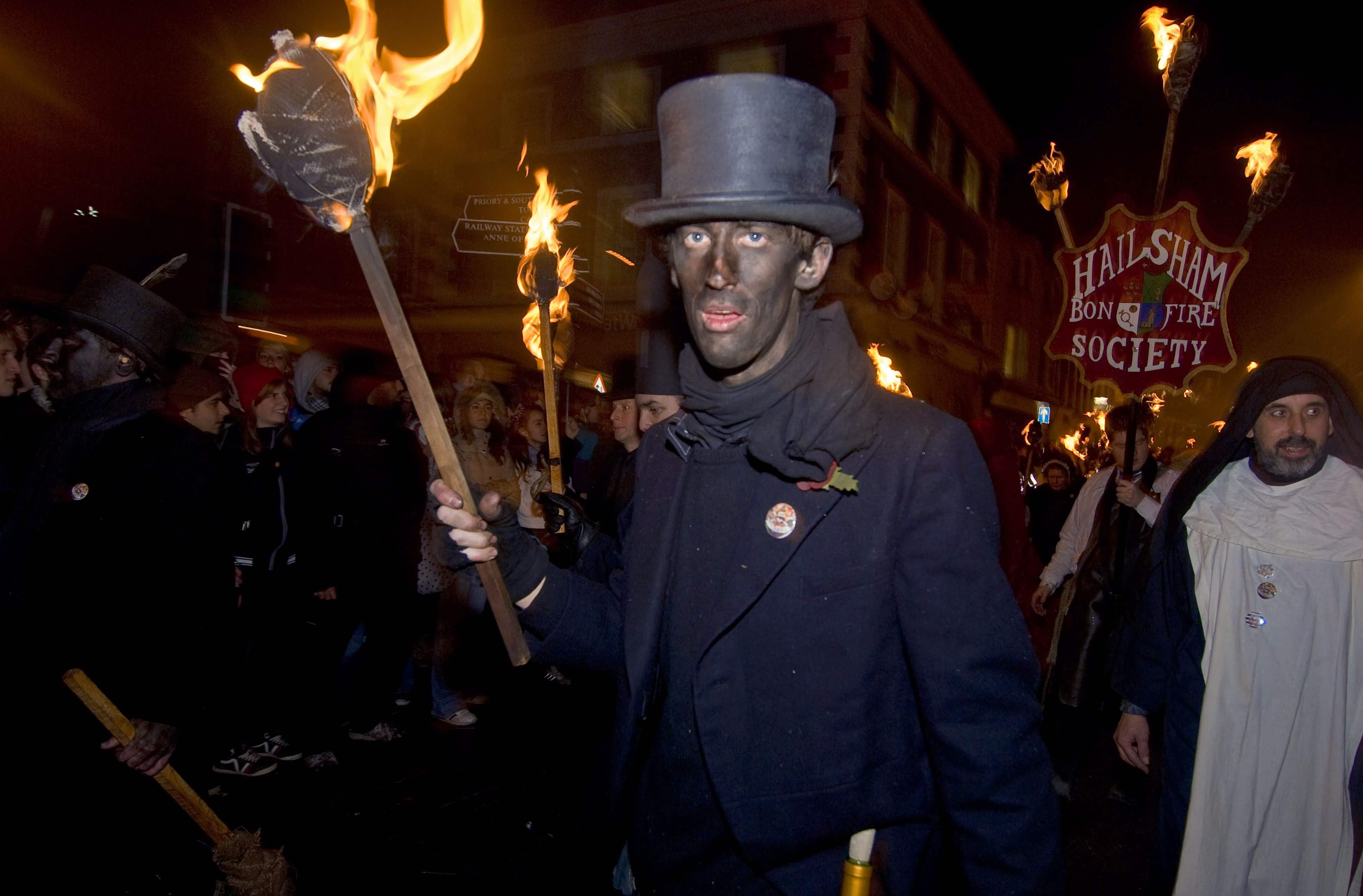