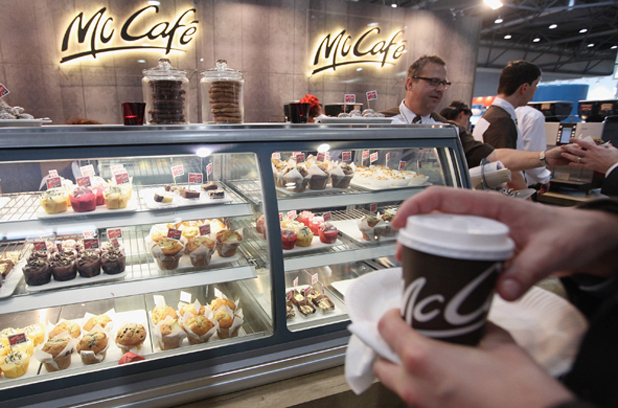 McDonald’s customers might expect a free toy with their happy meal or a free cheeseburger if they buy a large meal and show a student card. But one man says that when he finished his coffee he certainly wasn’t expecting what he found at the bottom of the cup: a dead mouse.

Ron Morais, from Fredericton, Canada, claims he’d already drunk nearly all his black coffee when he made the gruesome discovery. ‘I always take the lid off to get my last sip of coffee. And when I took the lid off, there was a little bit of a surprise in my coffee cup. It was a dead mouse.’ 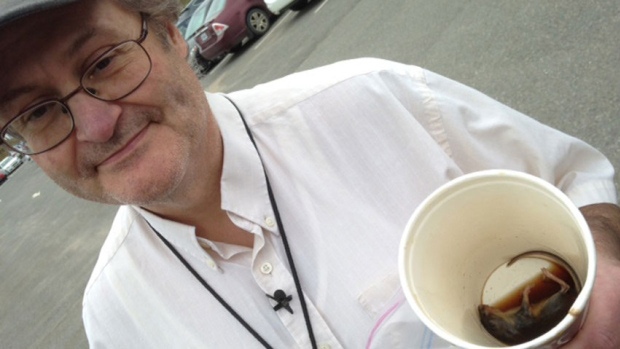 Mr Morais’s co-workers said they wouldn’t have believed him had they not seen the mouse for themselves. ‘Unless I had been there and seen Ron drink all that coffee down to the last drop, I would have been, like, ‘You’re lying’,’ admitted colleague Brad Patterson.

McDonald’s began an investigation but said there was so far ‘no evidence of pests’ at the branch. ‘We are continuing to investigate this isolated incident and have reached out to the customer to get the product sample,’ it said in a statement.

Despite admitting to ‘a little queasiness’ at the time, Mr Morais remained upbeat about the incident. ‘I’m in better shape than the mouse,’ he said.