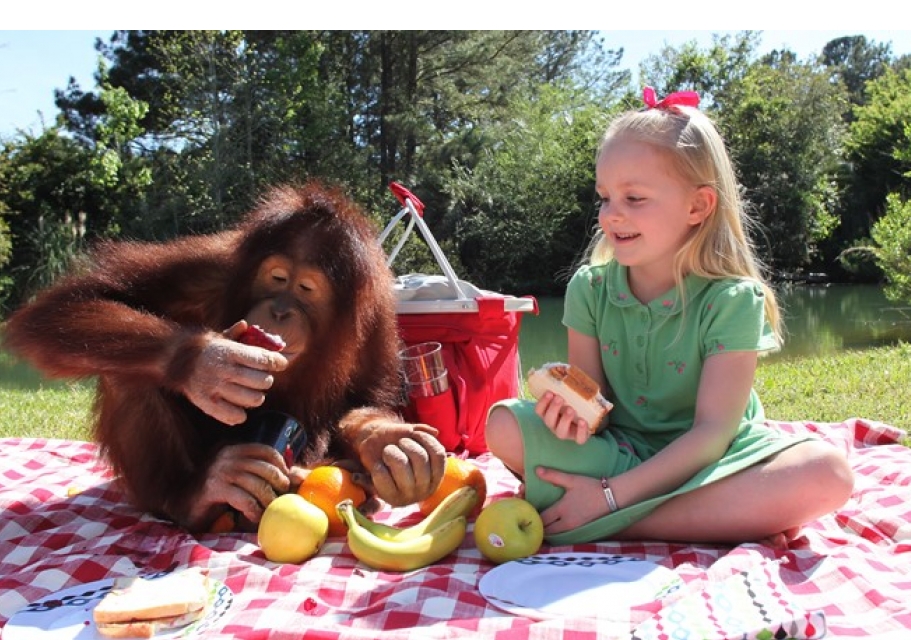 Say hello to Emily Bland and her unusual pri-mate - Rishi the orang-utan!

Human and ape first met as toddlers and have gone on to form a strong bond that has lasted for years. The pair were introduced back in 2008 when Emily's photographer father Barry took her with him on a shoot at the Myrtle Beach Safari park in South Carolina. And like something out of The Jungle Book, Emily and Rishi happily played for hours together, with Emily even giving Rishi a lift in her doll's pushchair. 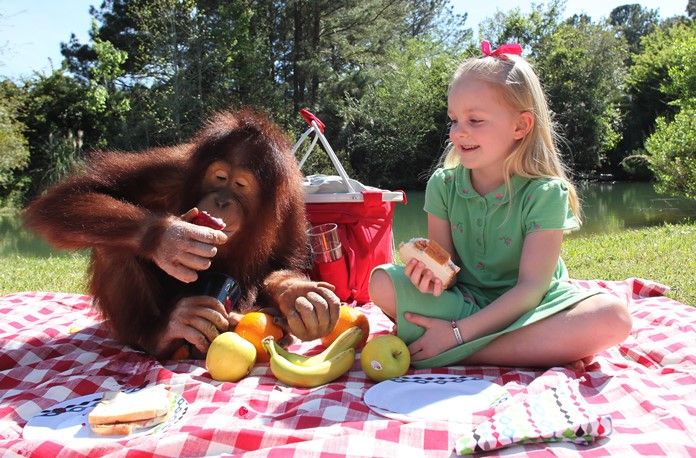 Despite the fact Emily and Barry live in Britain the firm friends have met up regularly over the years to enjoy a whole host of fun and games. This has included picnics - with bananas firmly on the menu - and splashing around in a paddling pool. The pals' most recent get together happened last month when Rishia demonstrated just what a cheeky monkey he is by spitting water at Emily, now 6 years old, during their swimming session.

It is thought that the pair have developed a special friendship due to the fact they met so young - forming a bond similar to that of brother and sister. However, as the pair grow up their friendship naturally has to change. Rishi is developing at a much quicker pace then Emily and is already strong enough to pick up a fully-grown human. He currently tips the scales at 65lbs and this is set to double within the next 18 months.

And while he isn't aggressive in the slightest, this means that soon he and Emily will not be able to enjoy the same kind of rough and tumble. However, according to Rishi's keepers he is a pro at using a computer and Emily already has plans to talk to him via webcam.

in the slightest – a legkevésbé (sem)