Did you know? Interesting facts about KitKat
Főoldal Angol Nyelvvizsga Angol Tananyagok News Of The World

Did you know? Interesting facts about Kit Kat

Kit Kat is a chocolate-covered wafer biscuit bar created by Rowntree's of York, England, and is now produced globally by Nestlé. Each bar consists of fingers composed of three layers of wafer, covered in an outer layer of chocolate. Each finger can be snapped from the bar separately. Bars have two or four fingers.

People have been enjoying Kit Kats for over 75 years.

People around the globe eat a lot of Kit Kats. According to Nestle over 17 and a half billion of the individual fingers are produced every year. In the UK alone, over 550 are consumed every second.

It was named TIME’s ‘Most Influential Candy Bar of All Time.’ The honour was bestowed upon it in 2014.

Every five minutes enough KitKats are manufactured to outstack the Eiffel Tower, while a year’s production would stretch around the London Underground more than 350 times.

In Malaysia, Kit Kat is produced in a special formula for warm climates.

After launching it in the 1930s, Rowntree's Chocolate Crisp was originally advertised as "the biggest little meal" and "the best companion to a cup of tea". During World War II, Kit Kat was depicted as a valuable wartime foodstuff, with the slogan "what active people need"

Kit Kat bars offer a lighter alternative to many other chocolate tablets. 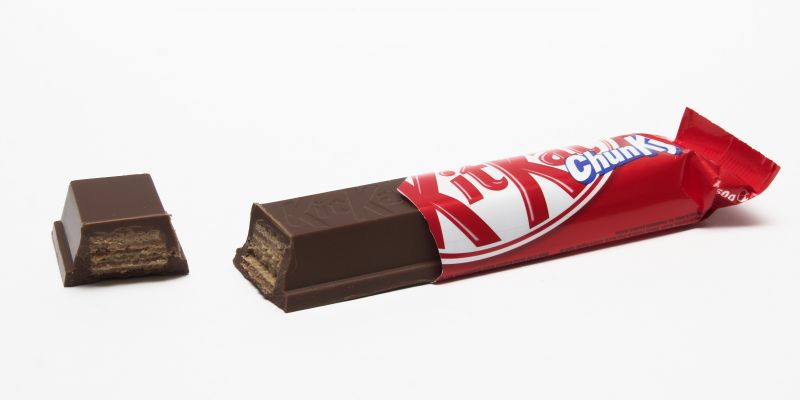 There are only 165 Kcal per bar of Kit Kat Senses brand.

Kit Kat was the first candy bar to be marketed around sharing, which helped to turn chocolate into a social snack.

So: Have a break, have a Kit Kat and share it with your friends!