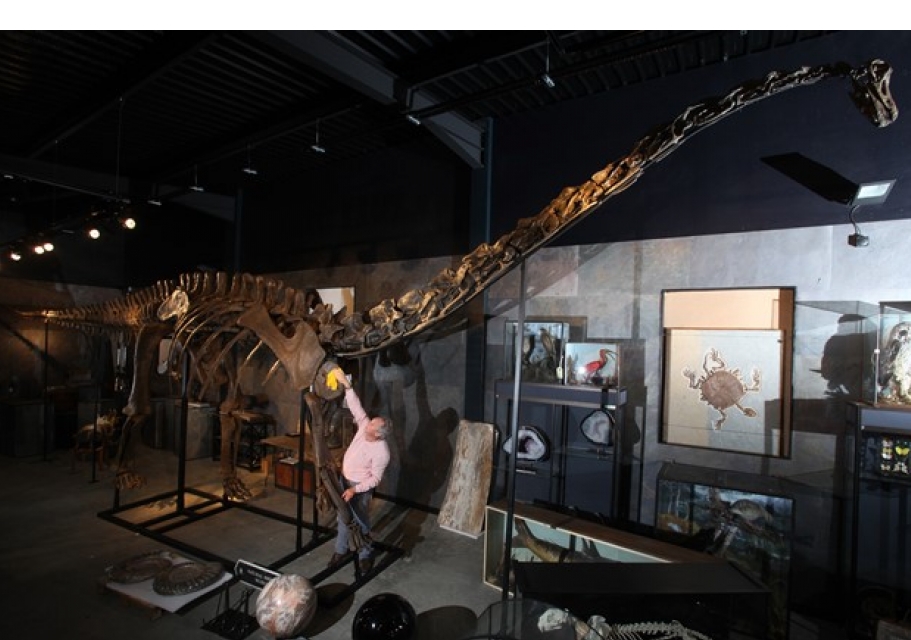 First complete dinosaur skeleton to be sold in Britain 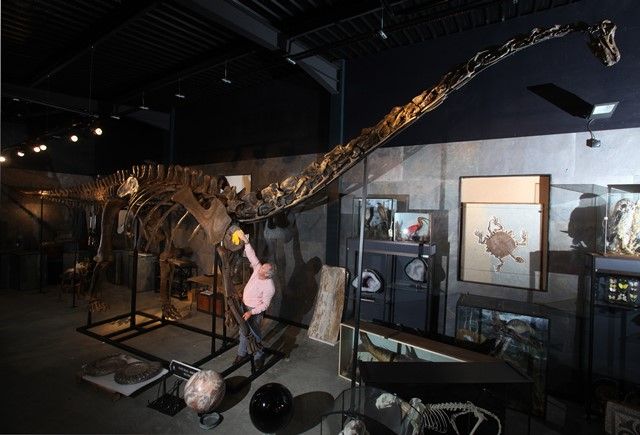 It could be a prop straight from the Jurassic Park film set and now experts hope a Hollywood star will snap up the first complete dinosaur skeleton to be sold in Britain. The massive 17-metre long Diplodocus longus is expected to fetch as much as £600,000 pounds, 150 million years after walking the earth.

Natural history expert and author Errol Fuller, who is overseeing the sale by Summers Place Auctions, of Billingshurst, West Sussex, said: "There are quite a lot of emerging museums in the Far East, particularly in China, who may be interested. I think there might be some private buyers who may wish to put in a bid. A couple of Hollywood stars have bought dinosaurs in the past. It would be a wonderful thing if you were a real rich person who could build a big outhouse for it. I think it's much better than a collector's car worth millions - and much cheaper. It's far better to show something this rare to your friends at dinner parties. I think it's a wonderful piece of history. There is only a handful like these in the world but this one is very colossal."

The female Diplodocus, nicknamed 'Misty', was discovered by the children of celebrated dinosaur hunter Raimund Albersdoerfer near to the famous Dana quarry in Wyoming, USA. It was painstakingly prepared at a leading fossil laboratory in Holland before taking a day to be assembled at the auctioneers. The auction will take place at the auction house on November 27.

1. Some Hollywood stars have already put in a bid for the dinosaur skeleton.

2. Museums and collectors are among the potential buyers.

3. This skeleton is unique because it belonged to a female dinosaur.

4. The skeleton is supposed to be cheaper than certain collector’s cars.

5. Collectors from the Far East might snap up the dinosaur. 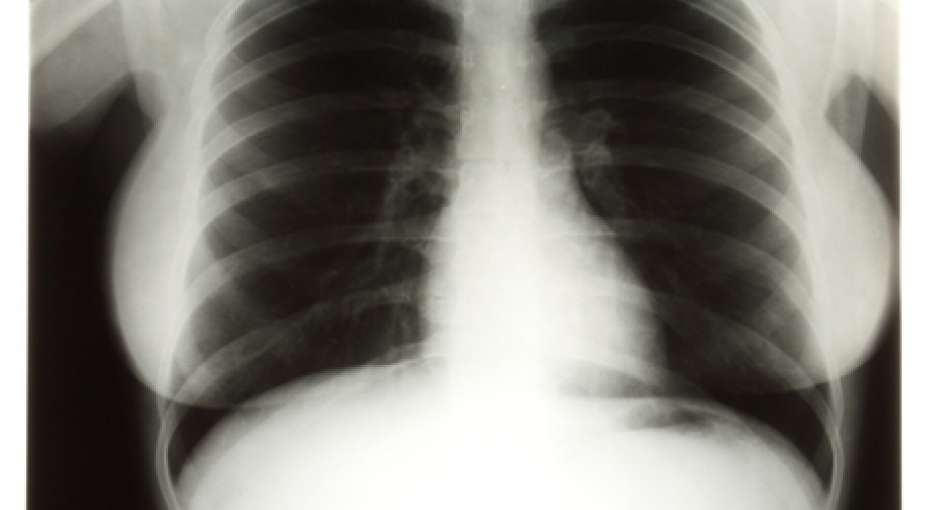 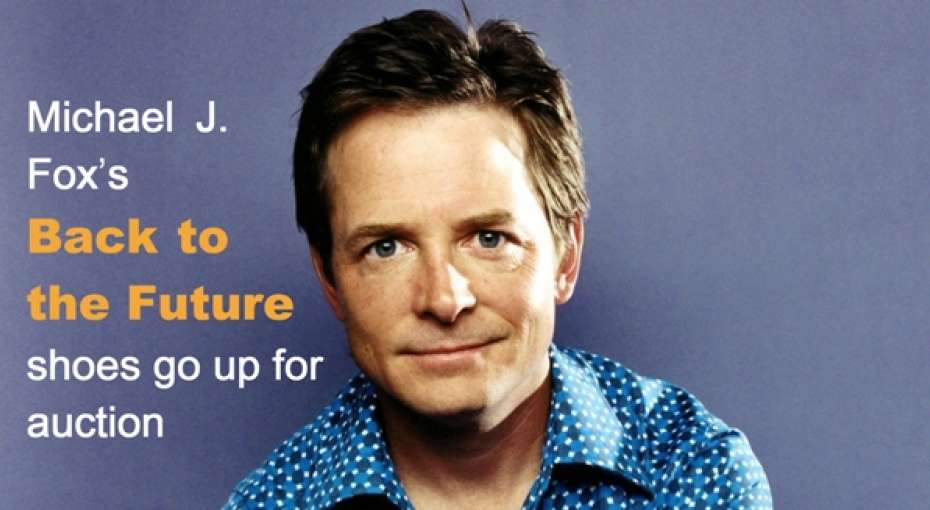 Michael J.Fox’s ‘Back to the Future Shoes go up for auction’