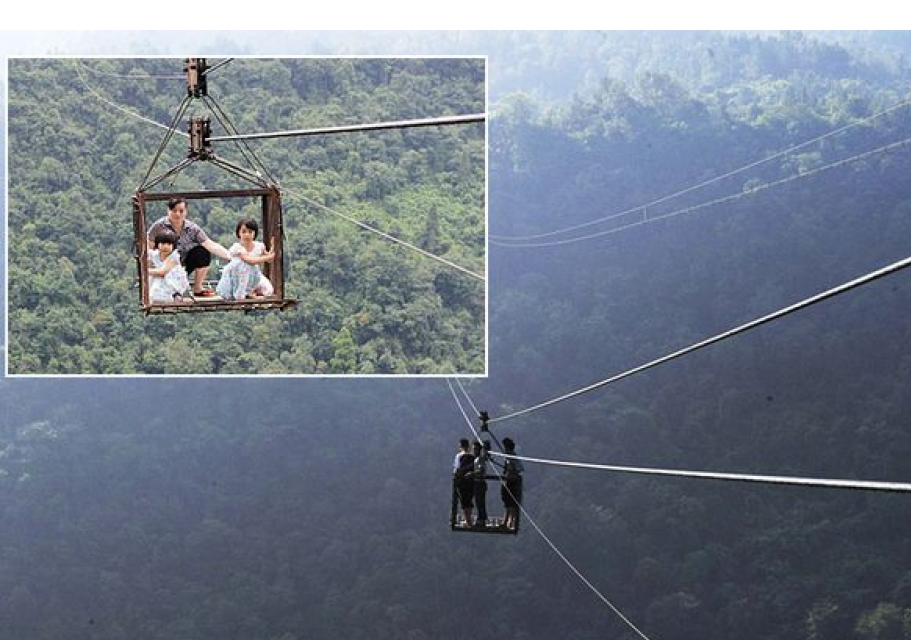 Scariest commute in the world? Mountain-top villagers use rickety cable car to get to work

Villagers use this cable car to carry everything - from people to supplies - across a one-kilometre distance on a daily basis. It may look like they are dicing with death, but it is actually a lifeline for Chinese villagers who say that without it it would add an extra day to their journey every time they left their mountaintop village. 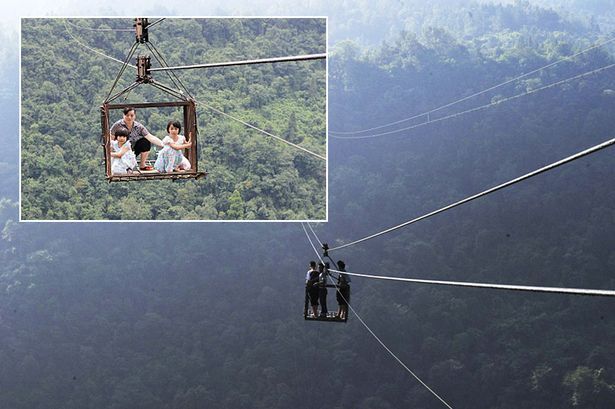 People have been living in the village of Yushan in Hefeng county, in China’s Hubei province, for hundreds of years, able to exploit the fertile soil and the safety provided by their mountaintop location. They rarely needed to access the outside world for anything other than buying tools or other supplies, and kept to themselves.

But that changed with the arrival of the modern world where children were told they had to go to school - and all sorts of items needed to become part of village life, including televisions, mobile phones and computers. Some people in the village simply wanted to work in jobs outside - but that was impossible as it took a day to trek down into the valley and up the other side over a narrow and dangerous pathway.

Their haven was saved when a local inspired by Alpine cable cars came up with the idea of building their own. Village elder Xiong Sun, 79, said: “Our lift of which we are enormously proud and which has been running without problems for almost two decades means that life can go on as it would in any normal village despite the fact that Yushan is located where normally only eagles would be prepared to make their homes.”

They managed to buy second-hand cable from a ski resort in Europe and connected it to their home-made cable car. The journey takes just a few minutes, meaning the kids can get to school and people can get to work.

Fill in the gaps with the right words.

answers: 1-despite the fact that 2-locals 3-pathways 4-on a daily basis 5-trekked 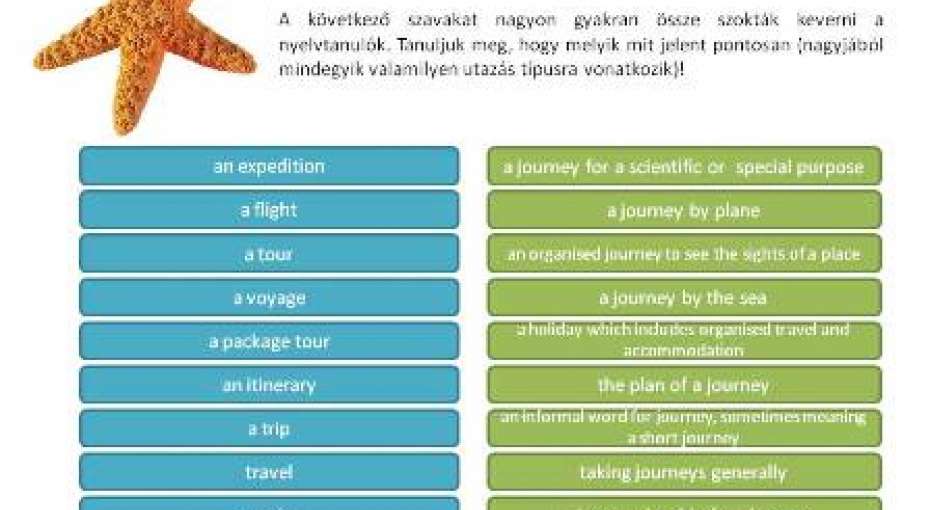 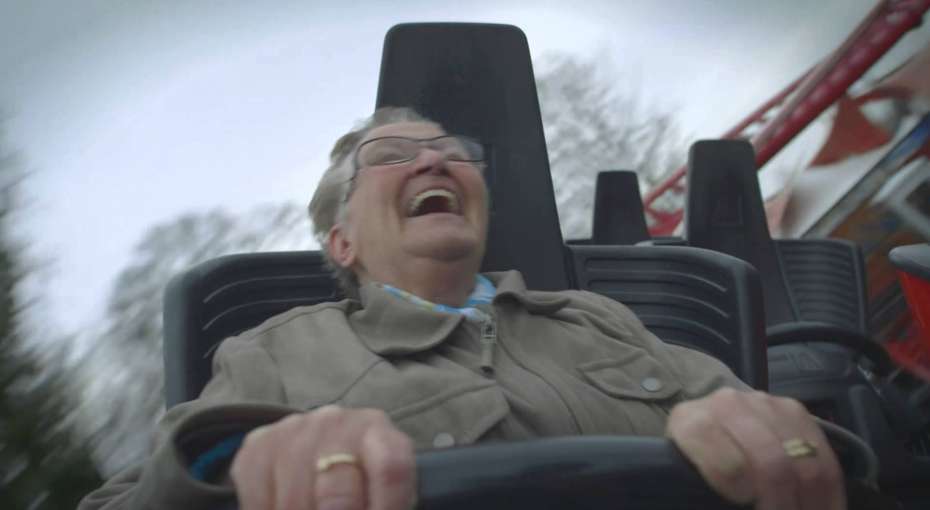