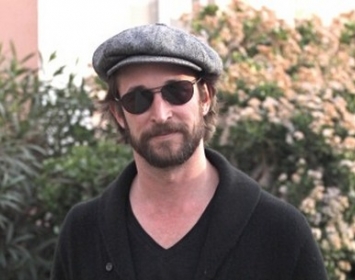 He was once one of ER’s biggest heart-throbs. But Noah Wyle’s scruffy haircut and big bushy beard make him almost unrecognisable from his days as a sex symbol on the hit U.S. TV series. Unlike his one-time co-star George Clooney, it seems that 39-year-old Wyle, best known as Dr John Carter on the show, hasn’t exactly improved with age. The dishevelled Wyle was snapped in a loose shirt and baggy black trousers browsing a Malibu magazine store yesterday. He seems to have let himself go a bit following his separation from his make-up artist wife Tracy.

They announced their split last October after 11 years of marriage. They have two children, Owen, seven, and Auden, four. But unlike many of his former co-stars on the medical show which ended last year, it seems there is life after ER for Wyle. He will star in a Steven Spielberg-produced drama Fallen Skies which will debut on U.S. cable channel TNT in 2011. According to TV Guide, Wyle will play the leader of a group of soldiers and civilians that battle against an alien force in the hotly anticipated show.

The pilot opens shortly after the aliens have decimated the human population, and Wyle’s group sets out to find survivors.