1952 – Her accession to the throne as Queen of the United Kingdom, Canada, Australia, and New Zealand, and Head of the Commonwealth. The first Christmas broadcast on the radio.

1954 – Royal visit to Australia. She is the only reigning monarch of Australia setting foot on Australian soil.

1955 – The Queen's Christmas Message was broadcast live from her study at Sandringham. Her theme was the opportunities arising from membership of the Commonwealth of Nations. Winston Churchill resigned as Prime Minister and was followed by Antony Eden.

1956 – Marilyn Monroe arrived in London and met the Queen.

1960 – Prince Andrew was born. Elizabeth became the first reigning sovereign to have a child since Queen Victoria, who had her youngest child, Princess Beatrice, in 1857.

1961 – She visited India, Pakistan and Ghana. Union of South Africa withdrew from the Commonwealth.

1964 – Prince Edward was born. The Beatles released their first LP.

1965 – The Queen visited West-Berlin and surveyed the Berlin Wall during a historic 11-day visit to West Germany, the first German tour by a British monarch for 52 years.

1967 - The Queen launched the new Cunard cruise liner named after her, the Queen Elizabeth 2. Capital punishment abolished in the UK for murder, and one year later for all crimes.

1968 - The Queen and Prince Philip toured Brazil and Chile. At a football match in Rio they received bemused applause.

1969 – She was on tour in Austria. Prince Charles was invested as Prince of Wales.Troubles broke out in the North of Ireland.

1974 - The only time the Queen had to interrupt an overseas tour, in Australia and Indonesia. The Queen was called back to the UK from Australia when a general election in the UK was suddenly called.

1975 - Her Majesty Queen Elizabeth II visited Mexico in 1975, the first British monarch ever to visit the country.

1977 - Celebration of the Silver Jubilee of the Queen's accession.

1978 - The Queen endured a state visit to the United Kingdom by Romania's communist dictator, Nicolae Ceaușescu, and his wife, Elena, though privately she thought they had "blood on their hands".

1981 - During the Trooping the Colour ceremony and only six weeks before the wedding of Charles, Prince of Wales, and Lady Diana Spencer, six shots were fired at the Queen from close range as she rode down The Mall on her horse. Prince Charles married Lady Diana Spencer in St. Paul’s Cathedral.

1982 - Britain went to war with Argentina over control of the Falkland Islands. On 9 July, the Queen awoke in her bedroom at Buckingham Palace to find an intruder, Michael Fagan, in the room with her. Remaining calm she spoke to Fagan while he sat at the foot of her bed until assistance arrived seven minutes later.

1983 – She visited Ronald Reagan on his Californian ranch.

1987 – In 1987 a terrorist bomb killed 11 people in Enniskillen in County Fermanagh, Northern Ireland. The Queen stressed the importance of tolerance and forgiveness.

1990 - Princess Eugenie of York (Eugenie Victoria Helena; born 23 March) the second child and younger daughter of Prince Andrew, Duke of York, and Sarah, Duchess of York was born. Margaret Thatcher resigned as Prime Minister after 11 years and was succeeded by John Major.

1992 - Princess Anne and Mark Phillips divorced. Windsor castle suffered severe fire damage.In a speech on 24 November to mark the 40th anniversary of her accession, Elizabeth called 1992 her annus horribilis, meaning horrible year. The year saw marriages for three of her four children end. Also that year, a fire damaged Windsor Castle. Public outcry over the cost of repairs amid a recession prompted the queen to volunteer to pay income taxes. 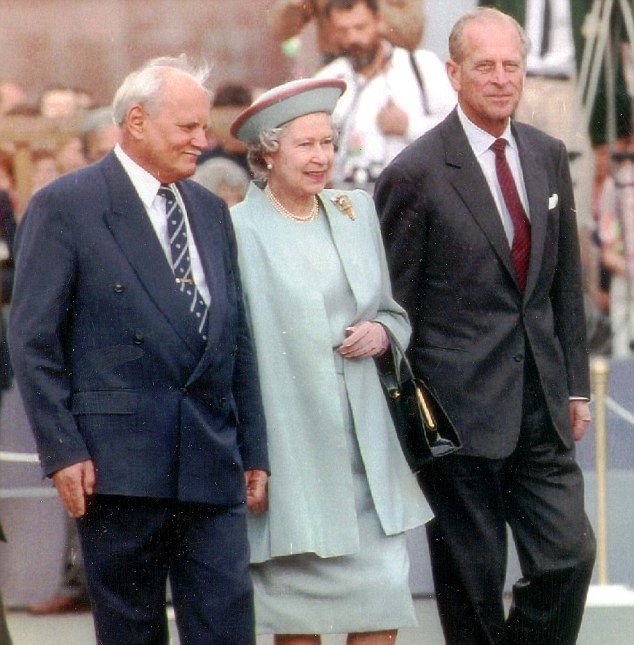 1994 – The Queen visited Russia. Opening of the Channel Tunnel between England and France.

1995 - The Queen, Queen Elizabeth The Queen Mother and the rest of the Royal Family led the nation in marking the 50th anniversaries of the D-Day landings and the end of the Second World War in Europe.

1996 - Both the Prince and Princess of Wales, and the Duke and Duchess of York divorced.

1998 – Vaclav Havel was greeted by the Queen in Buckingham Palace.

1999 - Edward, Earl of Wessex, married Sophie Rhys-Jones. In May 1999 The Queen opened the National Assembly for Wales at Cardiff, welcoming it as "a bridge into the future". In July, The Queen opened the Scottish Parliament in Edinburgh, in a day of ceremony and celebration marking, in her own words, "the threshold of a new constitutional age".

2000 - The Queen Mother celebrated her 100th birthday in August

2001 - Twin towers of the World Trade Center in New York were destroyed by Islamic terrorists. On the 12th September 2001. Queen Elizabeth II gave special permission for the national anthem of the USA to be played during the Changing of the Guard.

2002 - Queen Elizabeth II marked her Golden Jubilee of 50 years of rule. Deaths of Queen Mother and her sister, Princess Margaret..

2003 – The Queen had keyhole surgery on both knees. British and US forces invaded Iraq and toppled Saddam Hussein.

2005 - Prince Charles married his second wife Camilla Parker-Bowles and she was given the title Duchess of Cornwall.

2006 - Queen Elizabeth II celebrated her 80th birthday. A film - The Queen - a British drama depicting the British Royal Family's response to the death of Diana, Princess of Wales on 31 August 1997 was shown. The film starred Helen Mirren in the title role of HM Queen Elizabeth II.

2008 - World wide banking crisis. Government had to bail out two major British banks.The Queen's personal fortune is estimated to have fallen £25 million in the credit crunch.

2011 - Elizabeth made a historic visit to Ireland — the first visit by a British monarch since Irish independence. Prince William married Catherine Middleton. They became Duke and Duchess of Cambridge. The Queen's visit to Australia in October 2011, her 16th since 1954, was called her "farewell tour" in the press because of her age.

2012 - Queen Elizabeth II celebrated her Diamond Jubilee of 60 years since her accession to the throne. She opened the London 2012 Olympic Games.For the London Olympics, she played herself in a short film as part of the opening ceremony, alongside Daniel Craig as James Bond.

2013 - Birth of Prince George, son of the Duke and Duchess of Cambridge.

2014 - Scottish voters rejected proposal by the Scottish National Party to leave the United Kingdom. The Queen recalled the Christmas truce of 1914 in this year's Christmas Broadcast or 'Queen's speech' which took 'reconciliation' as its theme. 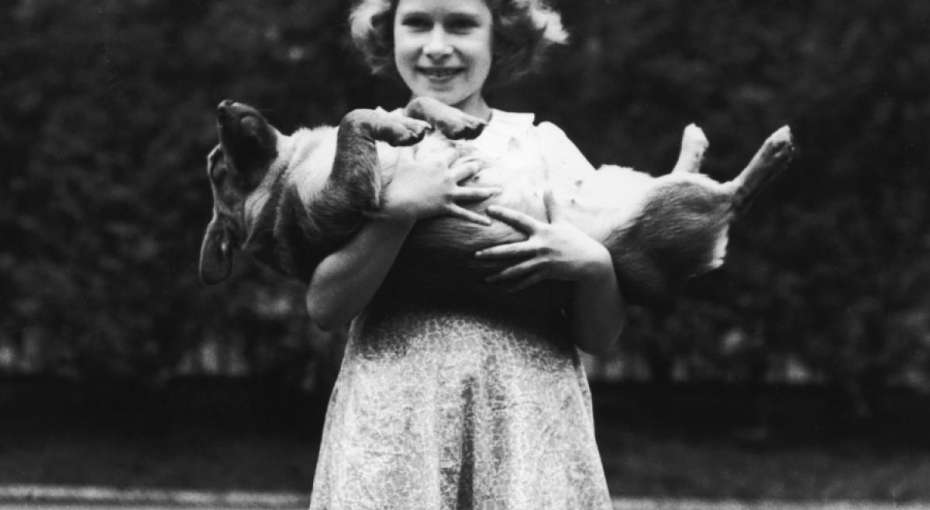 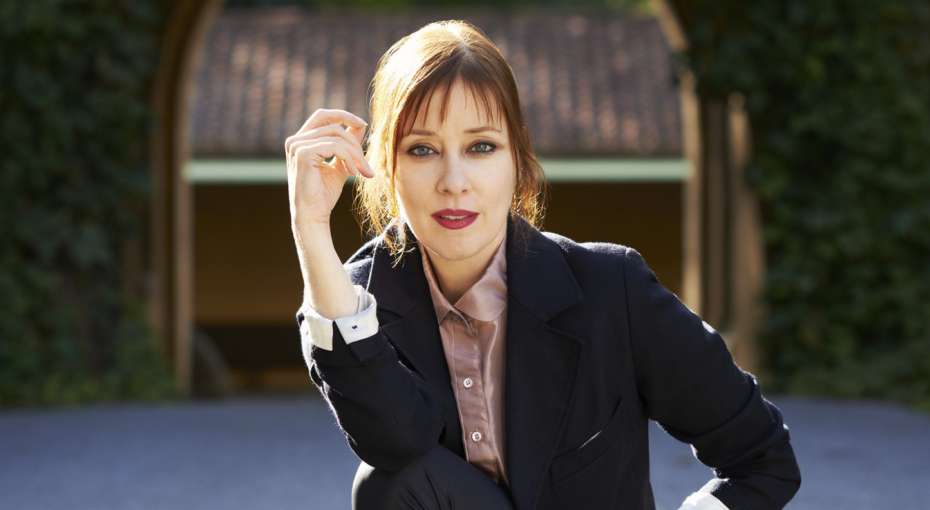