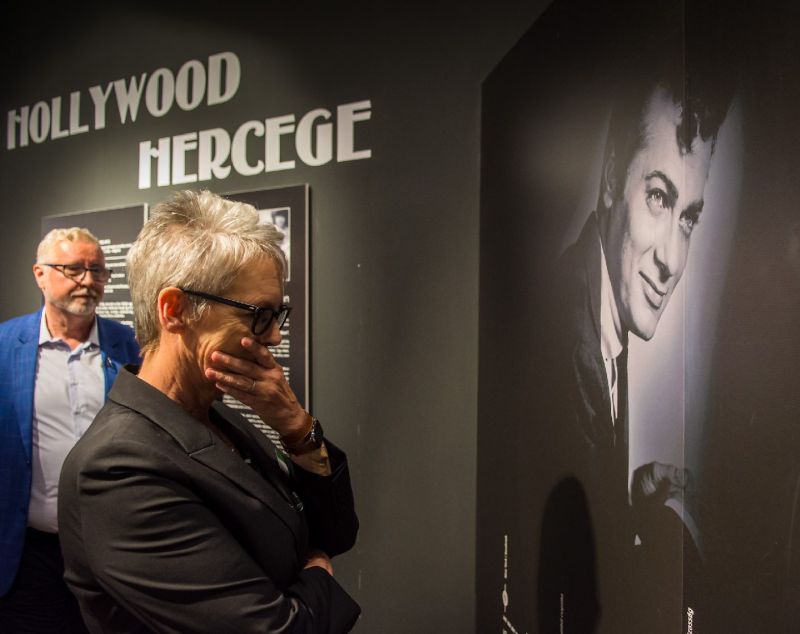 On the occasion of shooting her next movie, titled Borderlands, in Hungary, Hollywood actress Jamie Lee Curtis visited Mátészalka on 6th June, the town where her grandparents emigrated from. Tony Curtis’s daughter also promised to help raise funds for the restoration of the local synagogue.

The renowned Hollywood actress arrived in the Eastern Hungarian town by invitation from Mayor Péter Hanusi. She participated at the pre-opening of the Tony Curtis memorial museum and cafe to open on June 26th on the ‘Night of Museums,’ an exhibition made up of the images from her super-star father’s life, including costumes, paintings, and awards.

Jamie Lee Curtis arrived in Hungary at the end of April to star in the movie Borderlands, which is being filmed in Hungary. She actively documents her presence on her Instagram channel: a visit to the ‘Shoes on the Danube Bank,’ the castle, and a Hungarian flag have all been subjects of her social media activity. The latter one was even captioned with: “Proud to be in the land of my Hungarian ancestors today.”

His grandfather arrived in the USA at the beginning of the 1920s in search of a better life – blikk.hu reported. He met his later wife in New York. She was a Hungarian, as well, coming from Debrecen. Their first son, Bernard Schwartz, was born in 1925. Interestingly, they spoke Hungarian at home since they did not know English, so Tony Curtis, as a small kid, thought he was living in Hungary. “I thought I was living in Hungary until I was six. Then, in New York’s Bronx, I realized that I do not.“

Later, he took the stage name Tony Curtis in a tribute towards Michael Curtiz being the first American director of Hungarian origins.

As a Hollywood celebrity, he came to Hungary in 1985 to search for his roots. He spent the nights in the Hilton, went to Szentendre to buy some traditional Hungarian clothes and visited Mátészalka, where he could not withhold his tears. Three years later, he came again to Budapest but in 1990 the Curtis family took a renewed interest in their Hungarian-Jewish heritage, and helped finance the rebuilding of the “Great Synagogue” in Budapest’s Dohány Street among other similar activities. Tony himself regularly appeared in Mátészalka, too. 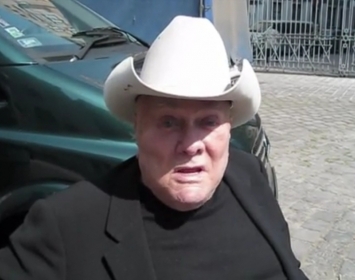