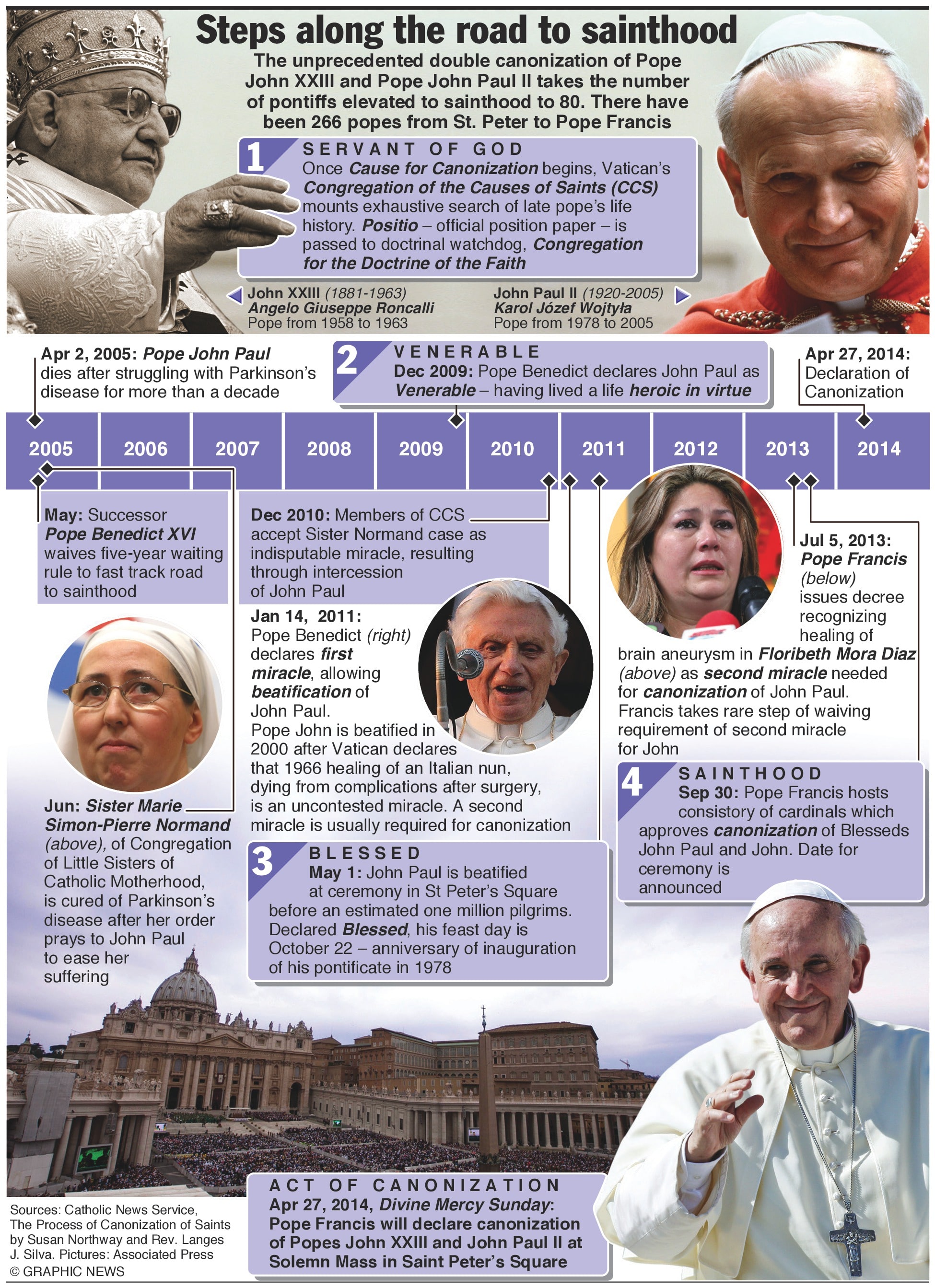 John XXIII and John Paul II were canonized Sunday by Pope Francis in an unprecedented ceremony witnessed by huge crowds gathered in St. Peter’s Square, Vatican City. Millions more around the world watched as the two former pontiffs were installed as saints. The faithful and the curious had packed the streets of Rome around the Vatican before dawn, hoping to catch a glimpse of church history in the making.

The Vatican said it expected 1 million people to gather in St. Peter’s Square for the first dual canonization of former popes, followed by a Mass. Giant screens were also set up nearby to allow those who didn’t make it into the square to follow proceedings. Many of those gathered in the square for the solemn open-air ceremony carried flags and banners. The red and white Polish flag was prominent among them, a reflection of the affection felt for John Paul II in his homeland, Poland. 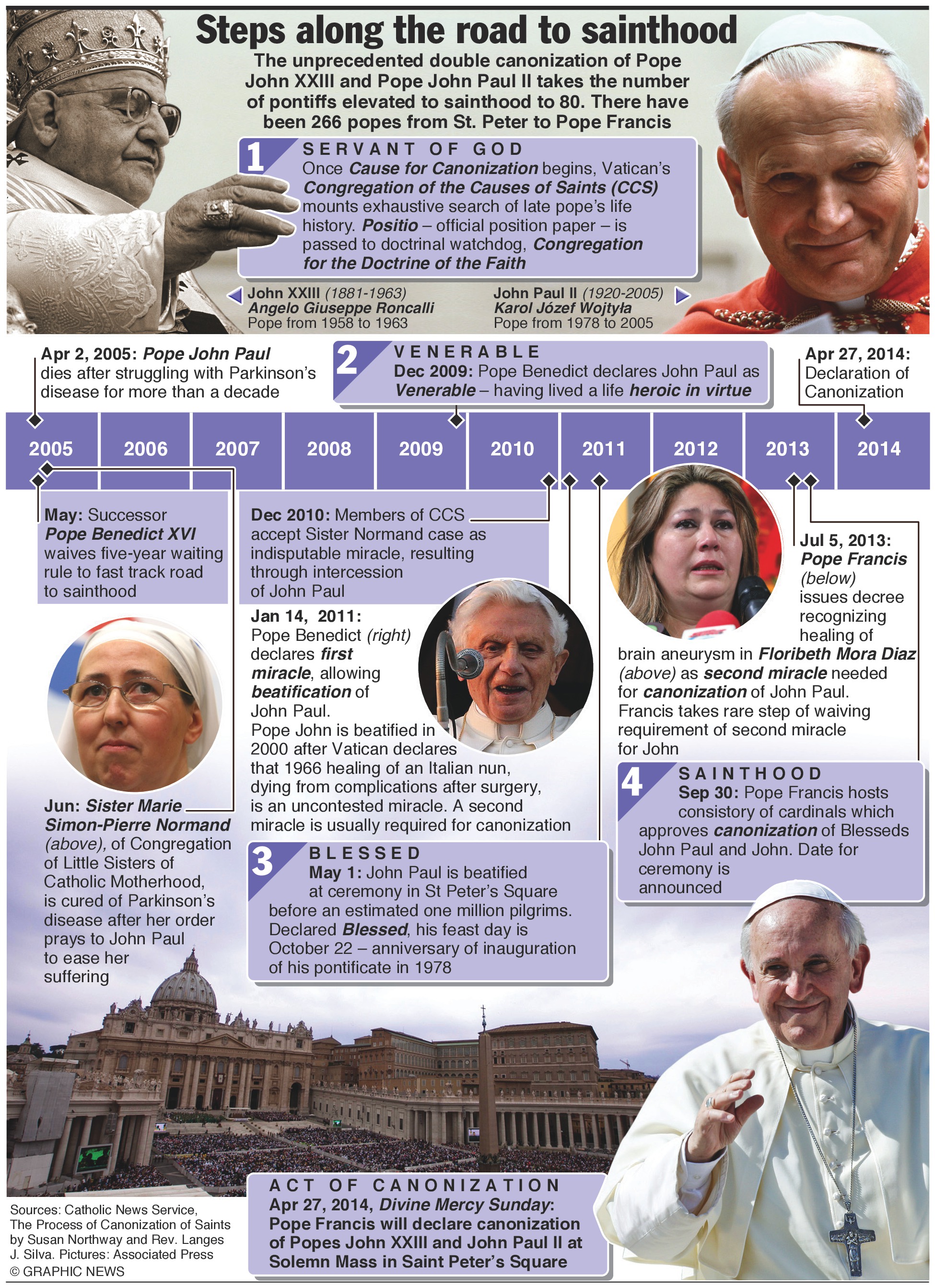 John XXIII (1881-1963) — known as Angelo Giuseppe Roncalli before he became Pope — was one of 13 children born into a family of Italian peasants, farmers from a tiny village in the country’s north, before being sent away to study for the priesthood at age 11. He helped to bring the Church to the people, for example by allowing languages other than Latin to be used for Mass.

John Paul II (1920-2005), born Karol Jozef Wojtyla, was brought up in a grimy industrial town in Poland and raised by his soldier father after his mother died when he was just 8 years old. He spent his formative years living under first Nazis, then Communists. John Paul II, who served for nearly 27 years, is seen as the "pope of the family."