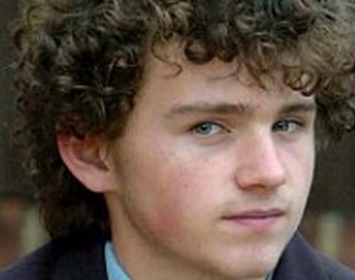 A schoolboy was kicked out of class, taught in isolation for two days and ordered to shave by his headteacher for having ‘fluff’ growing on his chin and upper lip. Sam Taubman, 15, was stunned to be hauled out of his class and told he would be taught away from fellow pupils until he removed the hair that had started to grow on his face. His mother Jacqueline Kent was furious after Sam was singled out for having ‘excessive facial hair’ at Sacred Heart School in Crosby, Merseyside.

She said: "I was shocked. There was hardly anything there on his face. I was told that Sam had excessive facial hair. He wasn’t given any warning. He was just dragged out of his class. He was put in isolation. When I found out about this I was angry." The school explained the matter had been resolved and defended its policy of maintaining standards.

But Sam said the new addition to the school policy was ‘stupid’ and his school friends think it is ‘ridiculous’. A teacher took Sam out of his English class and told him that his facial hair was inappropriate. Sam said: "I was in my lesson and she said I had too much facial hair. I thought it wasn’t fair. I had never had a warning about it. He said other boys in the school had facial hair, but he was punished by spending two days in a different classroom."

The new rule about facial hair was recently put in to the school’s uniform policy, but today the policy could not be accessed on the school’s website because it was ‘being updated’. Sam now regularly shaves any hair he has on his chin and top lip with an electric razor because he does not want to be reprimanded again following last Monday’s incident.

Nézd meg ezt is:  NOTW - The recipe for a successful trip to Mars?

Mrs Kent added: "He could get spots now, using an electric razor." Today the school’s headteacher Ian Walker told the Liverpool Echo: "The college has high standards in all that it does, as can be seen from last year’s Grade 1 Ofsted report. That report said that ‘the personal development and well-being of students is an outstanding feature of the school; it has a very caring and vibrant learning environment, and standards are exceptionally high.’"

Mr Walker added: "Parents are keen for us to maintain these standards and we therefore set great store by our policy on uniform and appearance, as outlined in the college planner. For a short time, Sam found himself at odds with that policy, but the matter was resolved. During that time, Sam continued to receive his full curriculum entitlement. I have invited Mrs Kent to come and speak with me about any related matters at a time convenient for her."