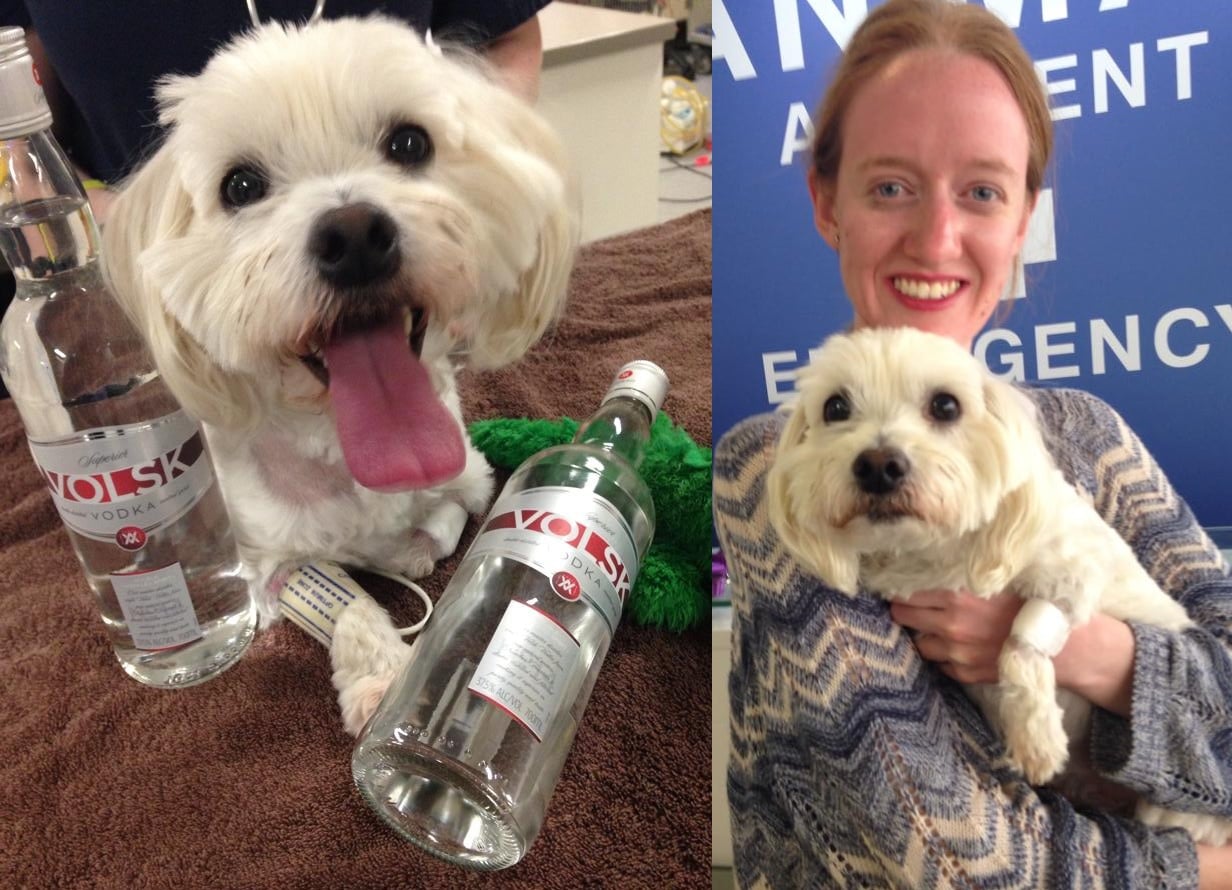 This is the miracle dog who was saved by getting drunk on vodka – after licking coolant out of his owner’s garage. Maltese terrier Charlie was given just hours to live after he drank the lethal anti-freeze substance. His owner Jacinta Rosewarne rushed him to vets who found he had ethylene glycol poisoning, which can lead to kidney failure and death within just two days.

Vets hooked the pooch up to a drip and fed him vodka for the next two days in a bid to save his life. Alcohol alters the chemical reaction, according to animal experts, and allows the body to flush the poison out more effectively. Animal Accident & Emergency in Melbourne, Australia, wrote on its blog: "The good news is that Charlie has recovered and is not showing signs of kidney failure. Charlie went home this morning, still nursing a hangover." 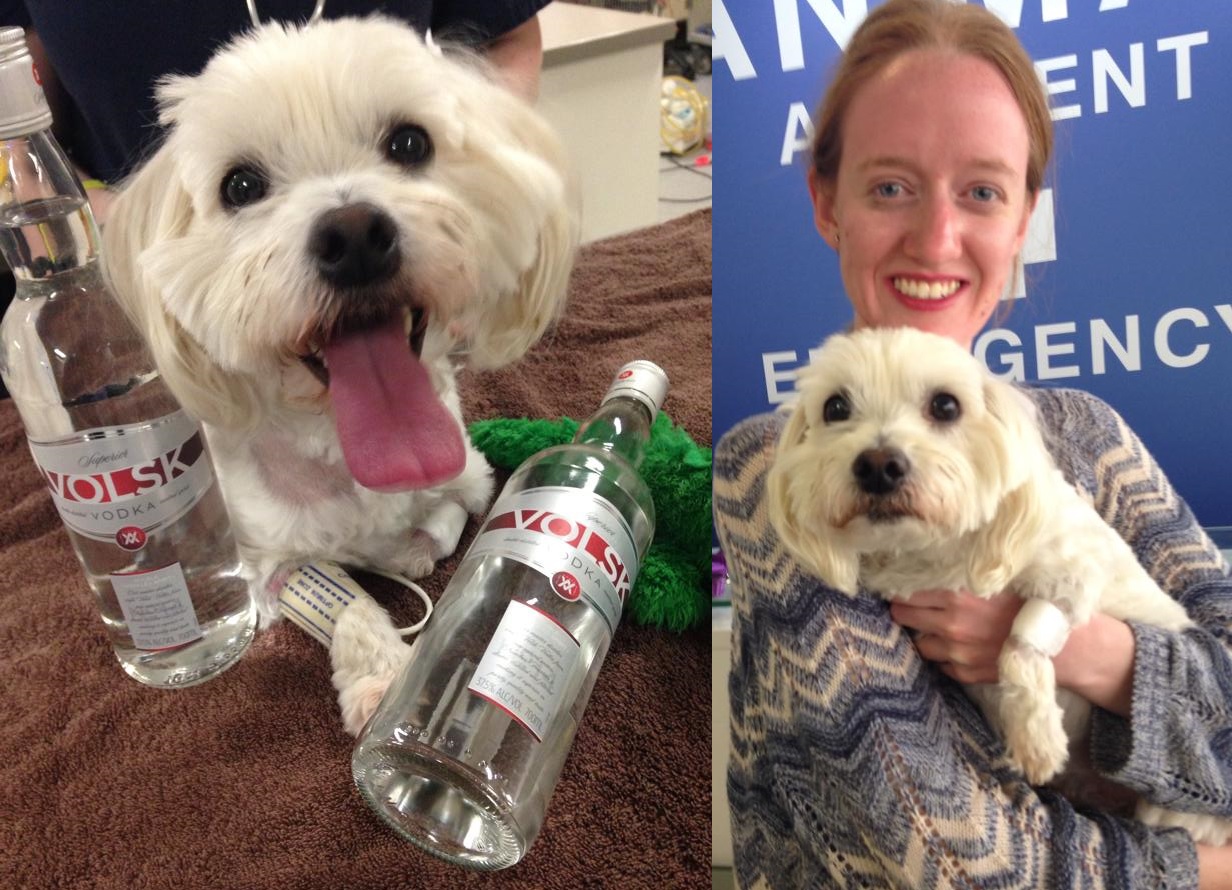 Ms Rosewarne told the Herald Sun: “He was definitely drunk." She added: “He was stumbling around, I’d go to pat him and he’d push me away like a normal drunk person, he was vomiting a little, whining like a drunk. I thought it was hilarious … It was distressing but funny at the same time.”

5. The teacher called an ambulance because five children started to ……………….. .