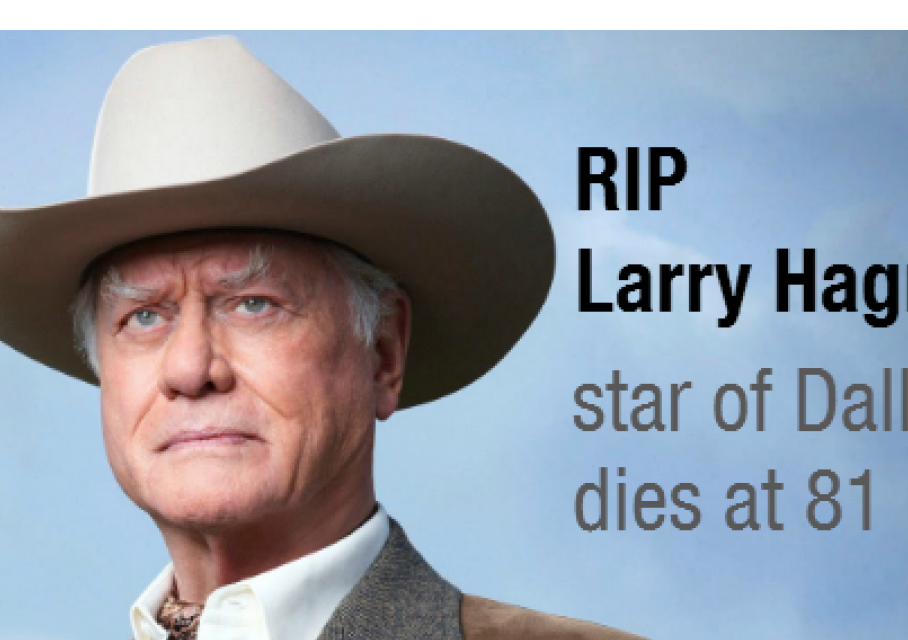 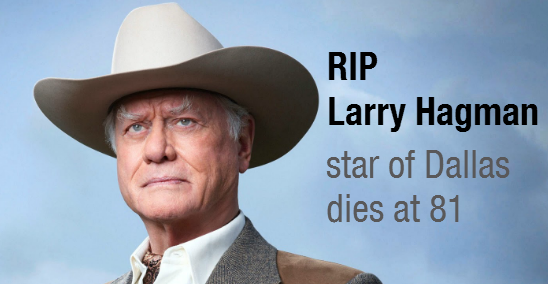 Dallas premiered on the CBS network in 1978 and made Hagman a superstar. Larry Hagman, who spent more than a decade (évtized) playing TV villain (gazfickó) JR Ewing has died at the age of 81, his family says. Hagman, who had suffered from (szenvedni valamitől) cancer (rák) and cirrhosis of the liver (májzsugorodás), died in hospital on Friday afternoon, according to (valami szerint) a family statement (nyilatkozat).

"Larry was back in his beloved (szeretett) Dallas, re-enacting the iconic role (újra belebújva az ikonikus szerepbe) he loved most," said the family. "He was surrounded by (körül volt véve) loved ones."

Long-time friend Linda Gray, who played Sue Ellen, was by his bedside (az ágya mellett). "Larry Hagman was my best friend for 35 years," said Ms Gray in a statement released (kiadott) by her agent. "He was the Pied Piper of life and brought joy to everyone he knew. He was creative, generous, funny, loving and talented (tehetséges) and I will miss him enormously (nagyon/roppantul). He was an original and lived life to the full (teljes életet él/élvezi az életet)."

During 13 years as the most scheming (áskálódó) oil tycoon (olajmágnás) in Dallas, JR in his Stetson became one of the most distinctive (egyedi/sajátos) faces on television screens (tévéképernyők) across the world. It quickly became one of the network's top-rated programmes - with its 356 episodes being seen by an estimated (becsült) 300 million people in 57 countries - and was revived (újjáélesztve lenni) this year.

Born in Texas, Hagman later moved to Los Angeles where he was cared (gondozva volt) for mainly (főként) by his grandmother. After a brief (rövid) period spent working in the fields, Hagman followed his mother into showbusiness and even toured and played in musicals with her. Moving into television, he played astronaut Tony Nelson in the 1960s television comedy “I Dream of Jeannie”. He first performed as JR Ewing in 1978 and became its highest-paid (legjobban fizetett) star, as the programme came to define 1980s excess. The actor himself owned more than 2,000 cowboy hats. When Dallas finally finished in 1991, Hagman went on to appear (megjelenik) in hit films Nixon and Primary Colors.

His forthright (egyens/szókimondó) biography, Hello Darlin', detailed (részletezni) his youthful drug-taking exploits (tett) and revealed (felfed) the extent of his 50-year battle (csata/harc) with alcoholism. Even on the hardworking set of Dallas, he consumed (fogyaszt) five bottles of champagne a day for years and was finally diagnosed with cirrhosis of the liver in 1992. Three years later he had a liver transplant (májátültetés) and kept a photo of the organ donor (szervdonor) above his mirror. "I say a prayer (ima) for him every morning," he said. Despite this (ennek ellenére), Hagman continued to drink secretly until a further (további) life-saving operation in 2003 forced him to stop.