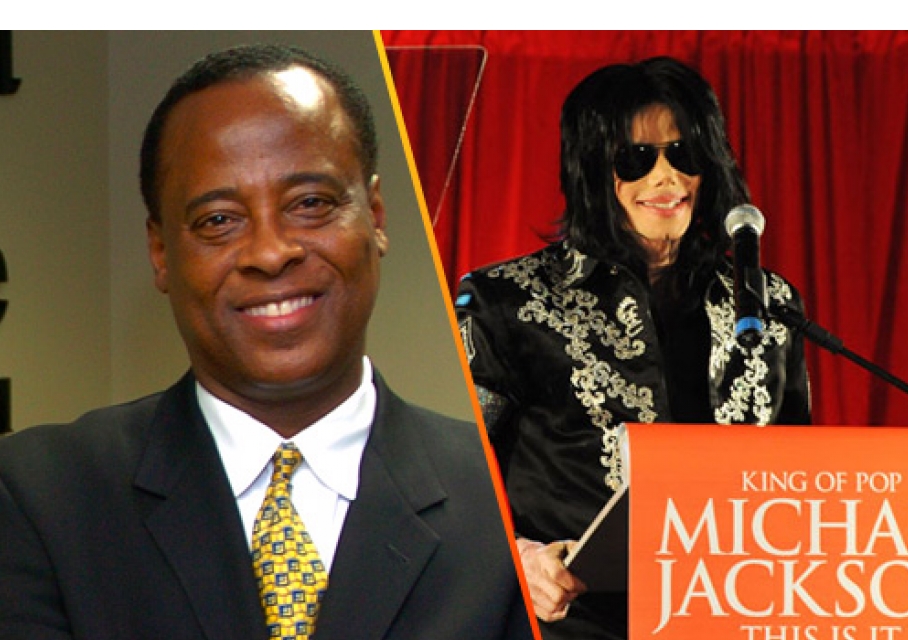 Dr. Conrad Murray, better known as Michael Jackson's personal physician is back in court for his involvement with the pop star's death. The hearing has already garnered much media attention and each day continues to reveal crucial details leading up to Jackson's death.

We're analyzing coverage from ABC, CNN, the BBC, and HLN.

The preliminary hearing scheduled at the LA County Superior Court Building will determine if Dr. Murray should stand trial for manslaughter in the death of Michael Jackson back in 2009. As ABC News explains prosecutors have already started to argue their case.

REPORTER: "Prosecutors say that Murray acted recklessly by administering the powerful drug Propofol in a home setting, while failing to tell paramedics that on the scene. That he cleaned up vials and medical evidence before calling 911 and that he performed ineffective CPR."
KATHERINE JACKSON: "That's ludicrous, he's a doctor and especially a heart doctor and don't know how to do CPR, that's the biggest lie I've ever been told."

According to testimony by one of Jackson's bodyguards, Murray ordered him to gather up and dispose of several vials and bottles that were in the room at the time of Jackson's death. On CNN's Anderson Cooper 360, one legal analyst says this information doesn't bode well for Murray.

"I think that's a very troubling fact for this defendant, I think it's also very troubling that he didn't call 911 for some time. Any juror that listens to evidence like that I think will smell a cover up and that's trouble for him."

Further testimony revealed Jackson was already dead by the time paramedics arrived on the scene. A reporter for the BBC also highlights another important piece of testimony.

"Dr. Conrad Murray they say waited as much as 20 minutes before calling for help. And in that time he was trying to revive the star on the bed, not on the floor as is standard practice, while the star's children watched."

A paramedic present at the time of Jackson's death gave his testimony of what happened when he arrived on the scene. HLN legal analyst Ryan Smith highlights some important moments of his testimony.

"Now the paramedic who testified said that when he got in the room Michael Jackson looked like a hospice patient and remember Robin, Conrad Murray was approving him to rehearse for this comeback concert. There's a picture of the paramedic in the courtroom yesterday. And he said that he flat-lined as soon as he was on the floor."

There have been reports that Murray's attorneys may try to prove that it was Jackson who gave himself the lethal dose of Propofol, and that Jackson's children may even take the stand to testify.