Chimney-cake ice-cream cones – Would you like to try them?
Főoldal Angol Nyelvvizsga Angol Tananyagok News Of The World

Sprinkled with cinnamon, dusted with sugar, or stuffed with taste-bud pleasing treats – there are already so many ways to enjoy mouth-watering Hungarian chimney cakes, but a place in Poland is taking this Magyar delicacy beyond the classic versions, to offer a true sugar shock for sweet-toothed customers.

INSIDER food’s short new video presents this fresh incarnation of “kürtőskalács”, capturing someone handling the iconic treat with such ease that watching it will surely make you hungry; after only a few days since its debut, the mini-movie has already garnered over 10 million views.

The freshly uploaded video by INSIDER food presents a beloved treat of the Magyars, kürtőskalács (chimney cake), and compares its taste to that of an American doughnut. This toothsome treat, made with yeast dough, is immensely popular all over Hungary, but it is often devoured in Krakow, too, where at some places they load the inside of the cylinder-shaped sweet with Nutella. However, in Hungary the traditional method calls for coating the cylindrical exterior with chopped walnuts or sugary cinnamon, and these versions are still more popular. In Prague, they often fill the inside of chimney cakes with ice cream, and sometimes even enhance the top with sprinkles and syrups. 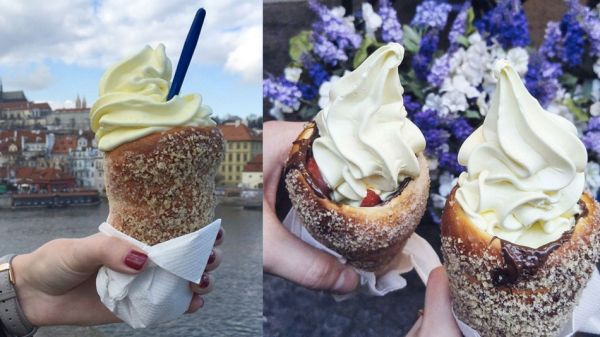 Recently, ice-cream-filled kürtőskalács started to bewitch Budapest as well, and now we find chimney-cake ice-cream cones in the Magyar metropolis, too. For those who believe that if we succumb to the temptation to indulge in something sweet we might as well do it right and eat a treat that truly satisfies our sweet tooth, we certainly recommend a kürtőskalács ice-cream cone﻿ topped with whipped cream and syrup, and dusted with a touch of sugar. Considering that it’s the festival season now, you don’t even have to do much searching for a chimney cake kiosk in Budapest, as there are plenty of them to find in the summer season.

This spring, an innovative wooden stand – Töltött Kürtős - started appearing at Vajdahunyad Castle in City Park, offering the classic Hungarian treat filled with ice cream and whipped cream like a cone. The 15-centimeter version costs 890 forints and comes with a small plastic spoon – which is a rather helpful addition. The whipped-cream-filled chimney cake is somewhat easier to consume – at least the one with banana and chocolate syrup is less sweet than the one with vanilla ice cream and strawberry syrup. There are more versions, namely apple-cinnamon and Nutella-whipped cream, offered for a hundred forints less than the ice-cream-filled chimney cake.

However, adding creamy delights to kürtőskalács is only the beginning for Töltött Kürtős. Until now, it seemed absurd to eat chimney cake for lunch, but thanks to the stand’s unique savory kürtőskalács variations, this dream can come true, as well. Adjusting to Hungarian tastes, we can choose from salami and cheese or ham and cheese versions, while vegetarians can munch on mozzarella and pesto-stuffed chimney cake for a “light” lunch (also 790 HUF). But fear not – classic chimney cake is also available at Töltött Kürtős, for 490 forints.

So, keep an eye open for Töltött Kürtős next time that you’re passing through Erzsébet Square, or are strolling around in City Park – who knows what new revolutionary kürtőskalács breakthroughs they will come up with next?

Do you know the Hungarian cakes and desserts? Which one is which?

1. A traditional Hungarian cube-shaped chocolate sponge cake and chocolate cream pastry. It gained popularity in the former Austria-Hungary and is named after a famous Hungarian Gypsy violinist.

2. A Hungarian sponge cake layered with chocolate buttercream and topped with caramel named after a well-known confectioner.

3. A crêpe-like variety of pancake made with ground walnuts, raisins, and rum filling, served flambéed in a dark chocolate sauce.

4. A pastry consisting of a sweet yeast dough (usually using milk) that is rolled out very thin, spread with a nut or poppy seed paste made from ground nuts or poppy seed and a sweetener like sugar or honey, then rolled up into a log shape.

5. A dessert that is made with three different-flavoured sponge cakes, pastry cream, raisins, walnuts, chocolate sauce, and whipped cream. 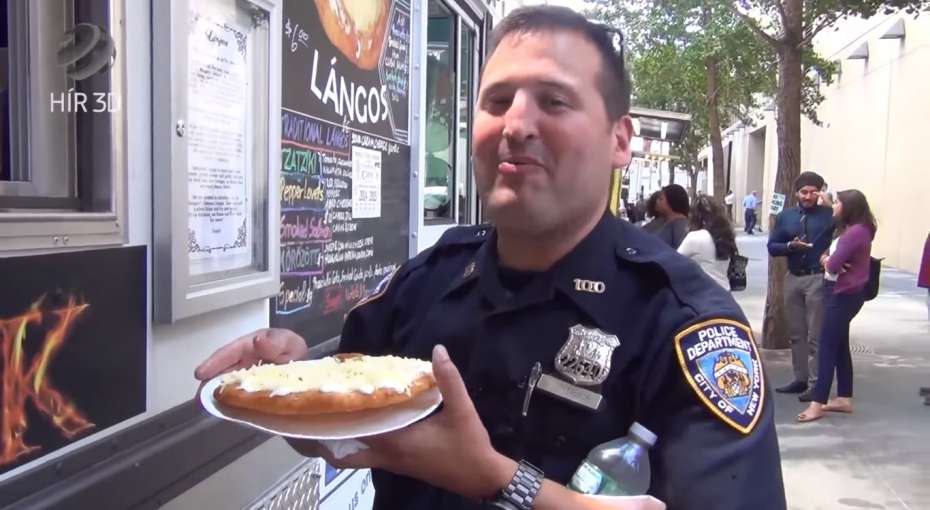 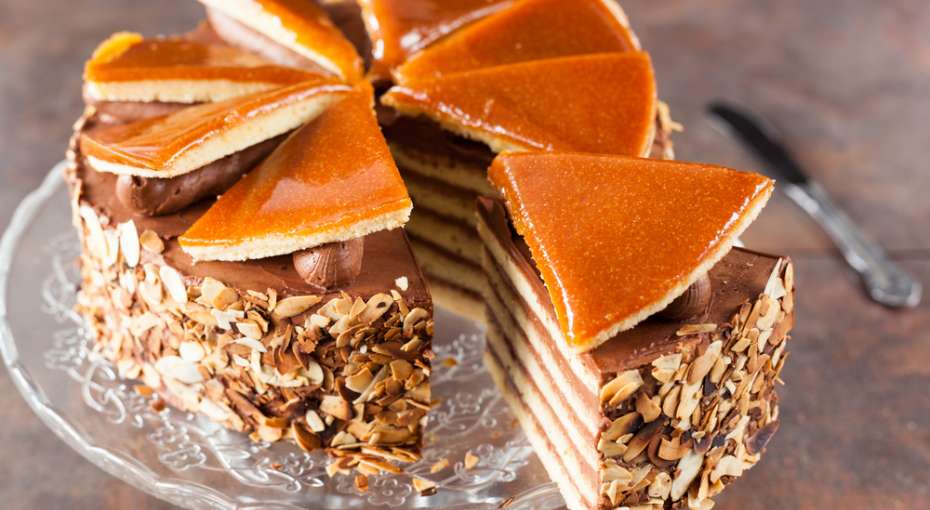 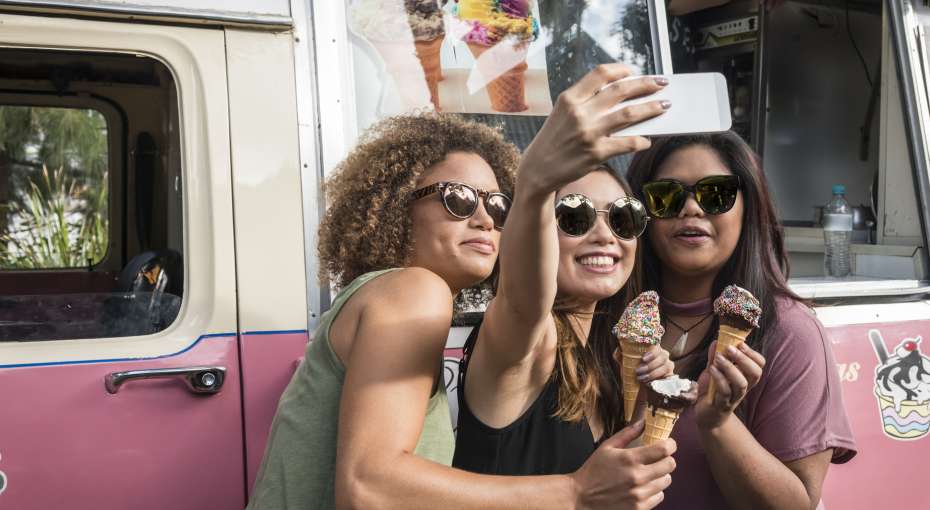 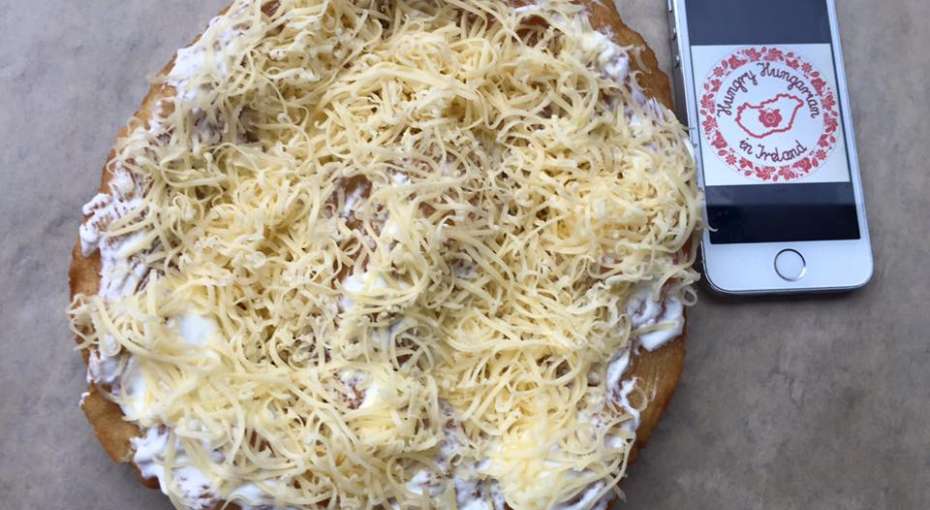