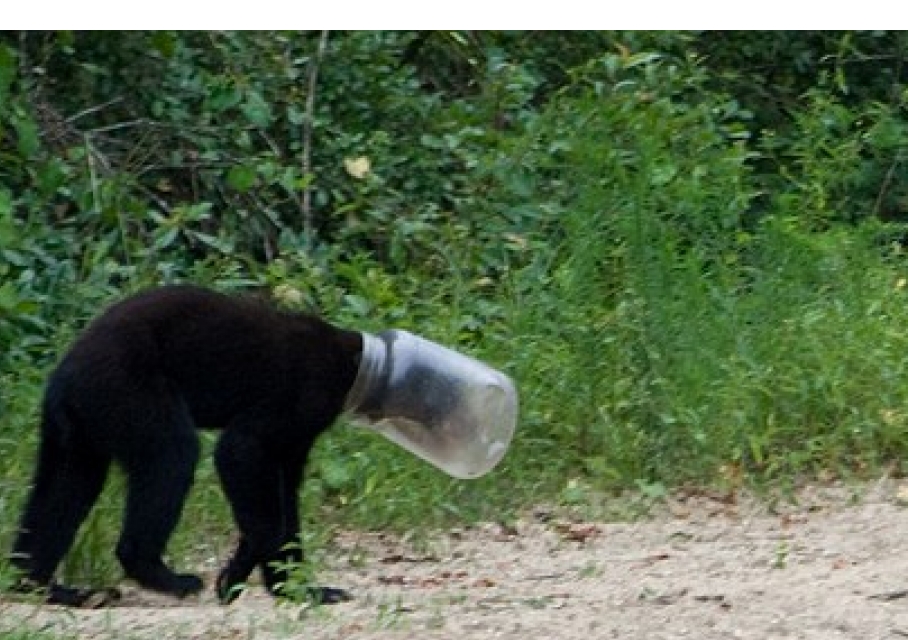 középfok
Facebook Tweet
Ide vezet a mértéktelen szemetelés: egy medvének műanyag palackba szorult a feje. Megdöbbentő történet videóval.
It's more than likely this cub was like a bear with a sore head after getting stuck in a plastic bottle for more than 10 days. The six-month-old, affectionately known as 'jarhead', was days away from death after not being able to eat or drink for more than a week, animal welfare experts claim. Like a scene out of Winnie The Pooh, the black cub poked its head into the container while digging through rubbish for food with its mother and sibling in Weirsdale, central Florida.

However, biologists spotted the family and shot the protective female with a tranquiliser gun. They grabbed the cub and managed to remove the container from his head. After an overnight stay with his groggy mother, Jarhead and the whole family were moved to a less populated part of the forest for safety and released back into the wild.

Mike Orlando, biologist with the FWC, said: "It was a lot easier said than done. The residents were really great about calling us when they saw the bears, but it seemed like we were always about 20 minutes behind. "The FWC added: 'Although the story appears to have a happy ending, it truly illustrates one of the worst things that can happen when wildlife gets into garbage."
Nehézségi szint:
középfok
Címkék:
Tetszett a lecke? Oszd meg barátaiddal is!
Kapcsolódó anyagok
Iratkozz fel ingyenes napi leckéinkre!