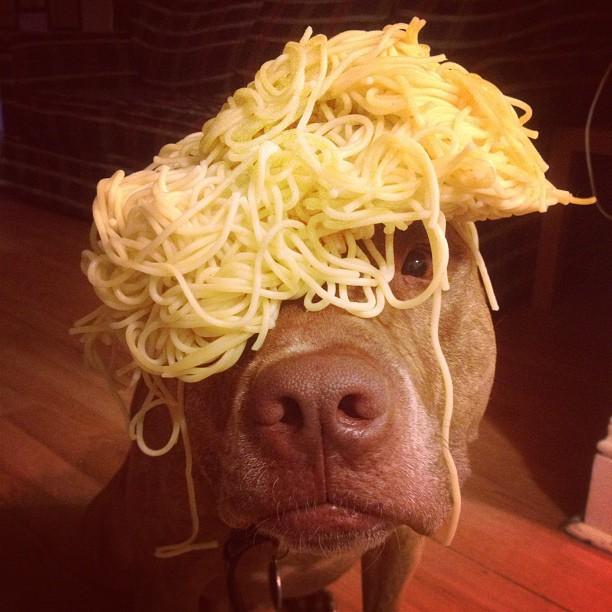 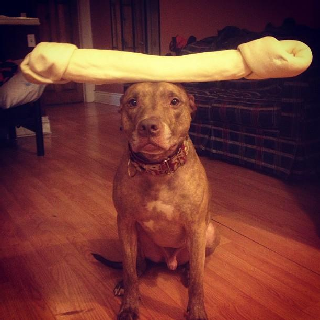 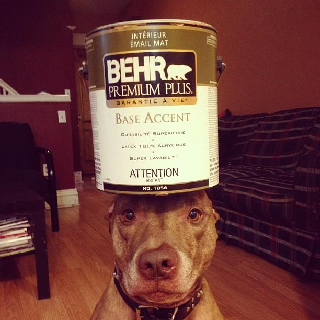 Dogs are known for being faithful, and these pictures prove just how patient they can be too. Scout, a nine-year-old Pitbull from Canada, can be seen posing for his owner Jen Gillen with a ridiculous range of objects on his head. From coffee to cheeseburgers, the patient pup sits quietly while Gillen balances the items on his head before running behind the camera to take a snap. 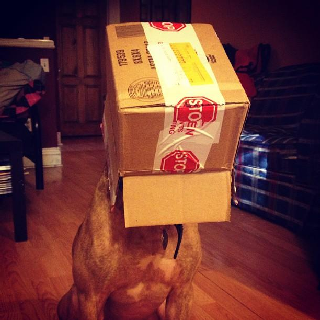 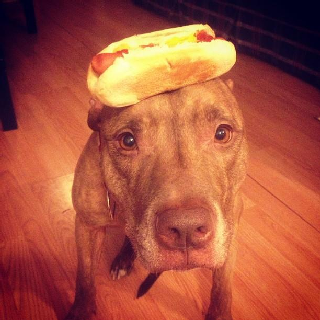 She said: ‘It all started with the suggestion from a friend to put a roll of toilet paper on his head -which was surprisingly easy – so it snowballed from there. Food items are the easiest because he never gets people food, although there is no shortage of his own treats after each picture. The hardest picture to capture was probably a large raw bone of hi – because he knew that one was his for the chewing!’ 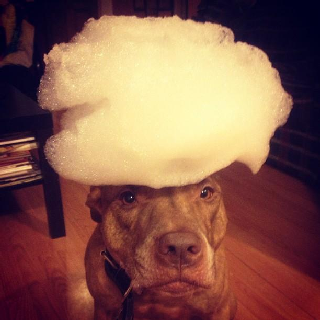 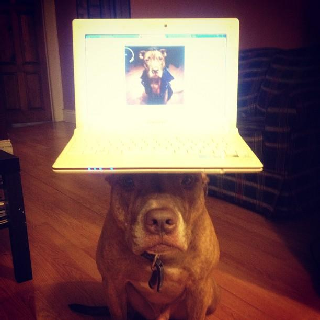 Gillen, a 29-year-old from Toronto, got the rescue dog in 2009 and the pair have been inseparable ever since. She added: ‘He’s such an obedient dog so I wasn’t too surprised we could pull off these pictures – but I didn’t think it would get this out of hand. My favourite picture is hard to choose but I love the googly eyes!’ 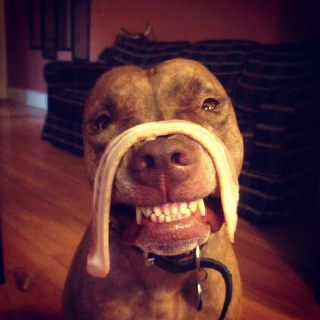 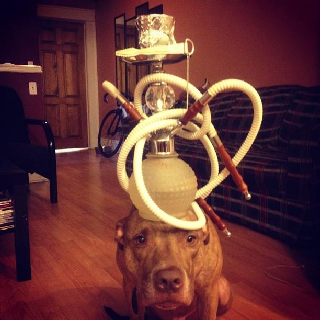 Food is a common theme among the photos, suggesting that Gillen is often dangerously bored around mealtimes. Bacon, pancakes, sushi and a burrito ready to be wrapped have all made their way onto her pet’s head. In other images Scout is disguised with Mexican wrestler and ski masks, as well as a blonde wig and a fake moustache. In an impressive display of balance and strength he even manages to hold a full flower vase, though he gives his neck muscles a rest in another photo with a bundle of bath bubbles. 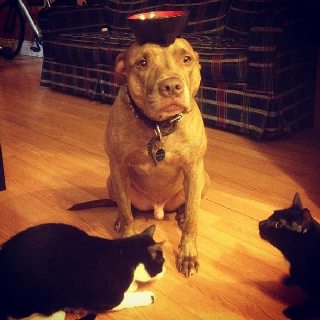 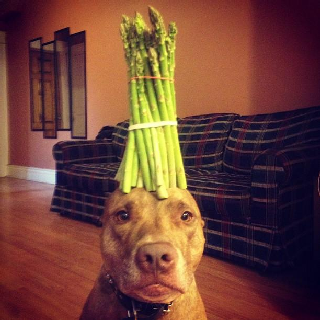 Pitbulls are illegal in Ontario, Canada, and also in England and most of Europe because they were bred as fighting dogs, and have been known to attack people. However Gillen insists Scout is well-behaved and has an extremely gentle nature. 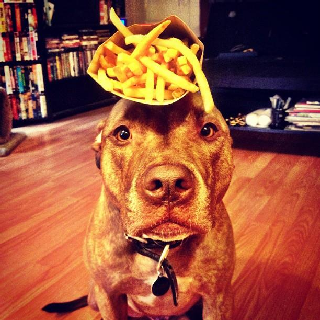 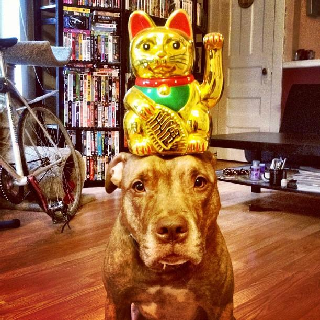 Fill in the gaps with the appropriate adjective (melléknév). 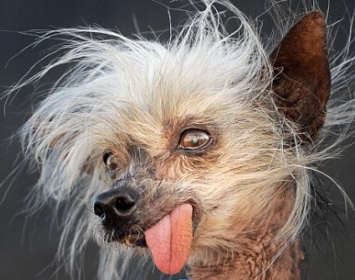 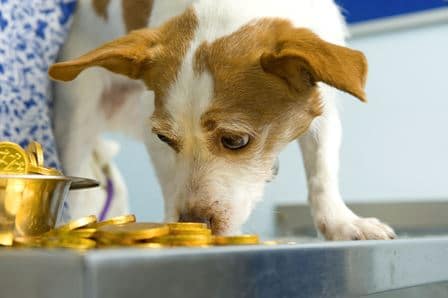