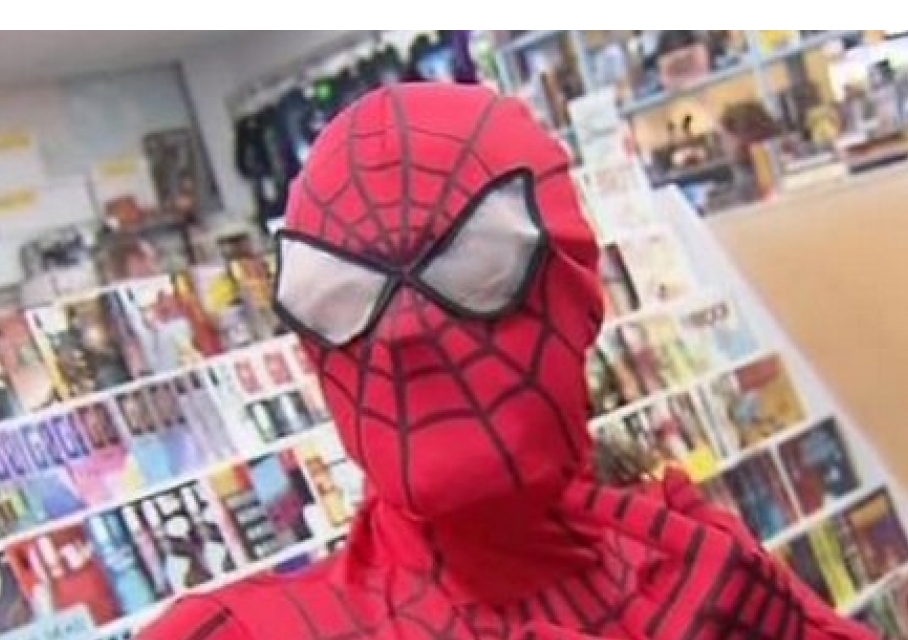 középfok
Facebook Tweet
Videó is megörökítette, amint Pókember egy képregénybolti tolvajt kap el. Nézzétek meg és tanulmányozzátok a szöveget.
It’s every comic book fan’s fantasy to become a real life superhero and fight crime, and for one man this actually became a reality as he caught a book thief in his own store while dressed in a Spider-man suit. Michael Baulderstone defended his comic book kingdom in Adelaide, Australia, by nabbing a would-be shoplifter who was trying to swipe an X-Men omnibus worth £97. He can't shoot webs from his wrists to catch the bad guy but his ‘spider-sense’ led him to rush over and confront the culprit, while other comic fans dressed as Jedi knights blocked his exit.

The store, Comic Centre, had about 40 people dressed as their favourite superheroes to celebrate International Free Comic Day on Saturday and Baulderstone’s business partner Peter Spandrio was also standing watch during the incident, dressed as The Flash. "I was actually desperate to get the mask off and the gloves as it was restricting my movements but in the end it was too late and I had to leave the costume on’, Baulderstone, 45, said.

Spidey approached the attempted book thief, asked to see inside his bag and after a small wrestle, managed to retrieve the X-Men book. "The thief didn’t have much of a choice but to hand the book back after a little bit of a scuffle. The whole incident was caught on CCTV and shows the blue and red clad Spider-man marching up to the shoplifter.

"I’ve had a look at the security footage and it shows Spider-man running down the corridor of the shop, grabbing this guy and hauling him off. Everyone in the store thought it was a play, that it was street theatre of some sort. It wasn’t until I started shouting ‘Call the police’ that people started to realize what was really happening," Mr Baulderstone said.

And when police arrived they were greeted to quite a scene.

"One of the funniest things about the incident was that I called for people to stand near the door and it just so happened we had people dressed as Jedi knights there blocking the exit, The Flash was there at some point too", the book store owner said. 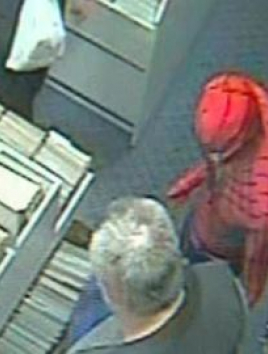