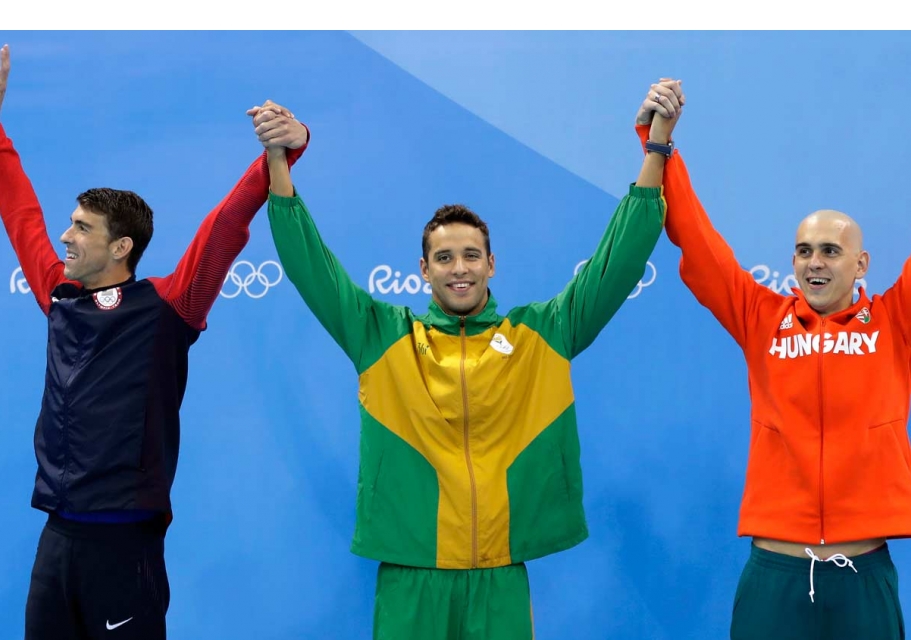 The Olympic Games have their magnificent sports moments, but there are also magical moments not related to sports only. Here is a collection of them about the Rio Olympics which – sadly - are over now and we will have to wait another four years to be able to root for the athletes again.

Even when he comes second Michael Phelps still knows how to make Olympic history.

Phelps claimed his 27th Olympic medal with a silver in the 100m butterfly, finishing behind Singapore’s Joseph Schooling who won with an incredible time of 50.39s.

But it wasn’t that Phelps added another medal to his overflowing collection but rather the fact he dead-heated with not one but two of his fiercest rivals throughout his career to bring a perfect end to what he said was his final individual swim ever.

With Schooling breaking the Olympic record (50.58s) previously held by Phelps in the final, the US star was accepting the defeat from a kid whom he once signed an autograph for prior to the 2008 Beijing Olympics. The Singapore swimmer, 21, grew up dreaming of emulating the American, who he posed for a picture with back in 2008.

It took several moments after the race until Phelps realised he had been part of what is believed to be the first three-way tie in swimming history. “It’s wild, it’s really wild,” Phelps said.

“I looked up and saw second and I saw 52.11s and I was like ‘all right.’ Then Chad came over and then I saw László coming over and I looked back at the screen and I was like ‘Oh my God, we all tied for second. Three-way tie.’ It’s kind of a wild ending to our story for all three of us being on the silver medal podium.”

And there was the unprecedented sight of the three pool giants holding hands and picking up their silvers together on the podium.

Anna Hahner of Germany and her sister Lisa Hahner the German twins crossed the finish line of women’s marathon in Rio smiling and holding hands, an act that quite a lot of people found controversial.

They came 81st and 82nd in women's marathon.

They were accused of trivialising the Games by a senior German athletics official but there was some sympathy for them on social media.

"Definitely not what we had hoped for.... Nevertheless, one of our greatest sporting moments. For this we had trained to our limit and sometimes beyond."

Their performance was more than 21 minutes behind the winning time and 15 minutes short of their personal bests.

In an e-mail to the New York Times, Anna insisted that they crossed the finish line together by chance, calling it a "magical moment".

Meanwhile, other onlookers have noted that these were not the only twins to finish together in Sunday's race - North Korea's Kim Hye-song and Kim Hye-gyong finished 10th and 11th.

And Estonia had triplets taking part. Leila, Lily and Liina Luik did not finish together but two of them were behind the Hahners and one failed to reach the line.

China's He Zi received the shock of her life when team-mate and boyfriend Qin Kai rushed up with a diamond ring during the medal ceremony of the women's three metre springboard event.

Qin, who won a bronze medal in his own synchronised diving event, climbed up to the stage after He received her silver medal, getting down on one knee while holding a red box with the ring and a glass-encased rose.

"I didn't know he would propose today and I didn't expect myself to marry myself out so early," said He, who tearfully accepted the proposal with a big hug.

"I saw him during the afternoon and he seemed to be memorising something, so I asked him 'what are you doing?' and he said he was singing," she told reporters.

"I've forgotten most of what he's said (during the proposal), but it's largely what you can expect like promises, but what touched me the most is that he said he was willing to be bullied by me for life," she said.

The 25-year-old has been dating the 30-year-old Qin for the past six years.

Extraordinary scenes of celebration have erupted after Fiji won its first-ever Olympic medal.

Banks closed, shops shut and revellers took over the streets of Suva dancing, singing and cheering.

Thousands of people across the island nation had stopped what they were doing to watch the history-making match. A 12-year-old boy even ran a half-mile journey to the nearest television set in order to watch the game.

Many supporters dressed in Fiji colours and rugby jerseys, carrying the national flag to cheer on the team.

At the final whistle blew, excited revellers took to the streets cheering and dancing.

"Some people even stopped their vehicles on the busy streets of Suva and got out with Fiji flags to join the celebrations, not paying much heed to the slight traffic jam they cause," the Fiji Times reported.

This landmark triumph arrived at Fiji's 14th Summer Games and in rugby sevens' first appearance in the Olympic program. The raucous atmosphere at a packed-out Deodoro Stadium suggested the country and the sport had been well received by the locals.

And in a bid to further endear themselves to one particular distinguished guest, Fiji's players knelt when handed their medals by Britain's Princess Anne.

After his news conference ended in the wee hours of the morning, the Jamaican sprint superstar who says the Rio Games are his last Olympics went back onto the track with most of the lights in the stadium having already been turned off. He went into a darkened Olympic Stadium, surrounded by volunteers — and started throwing a javelin.

Bolt took a couple throws of the javelin, the last one going about 50 metres.

He posed for some pictures afterward, the javelin — which he requested a formal measurement of — still stuck in the Olympic Stadium turf.

Bolt’s final throw, by the way, would have earned him a sixth-place finish at this year’s Jamaican national championships.

Bolt bid a blazing-fast farewell to the Rio Games — and likely the Olympics altogether — with yet another record for the ages. He turned a close 4×100 relay race against Japan and the United States into a never-a-doubt runaway, helping Jamaica cross the line in 37.27.

Bolt’s record in Olympic finals is nine races, nine wins. Nobody’s done that before, and nobody’s on the horizon to do it again soon.

“I am just relieved. It’s happened,” he said. “I am just happy, proud of myself. It’s come true.”

Olympics  “Who is Who?” Can you answer the question on the basis of the information provided?

1. He won 28 medals at Olympic Games in swimming altogether 23 out of which are gold medals. He is the most decorated athlete in Olympic history.

2. His record is nine races nine wins in Olympic finals in running.

3. She is a Hungarian athlete in kayak who won three gold medals in Rio setting a record with it in kayak. Her last but one gold medal was the 175th gold medal for Hungary and the 500th medal in the history of the Olympic Games.

4. A Hungarian swimmer with three gold medals and a silver medal in swimming in Rio. Her nickname is “Iron Lady” in Hungary.

5. A Hungarian fencer who was able to defend his title in Rio after winning an Olympic gold medal in London in 2012.

6. A fencer lady from Hungary who won Hungary’s first gold medal on the first day of Rio 2016 Olympics.

7. A sensational Hungarian epee silver medal winner which could easily have been a gold medal in Rio. 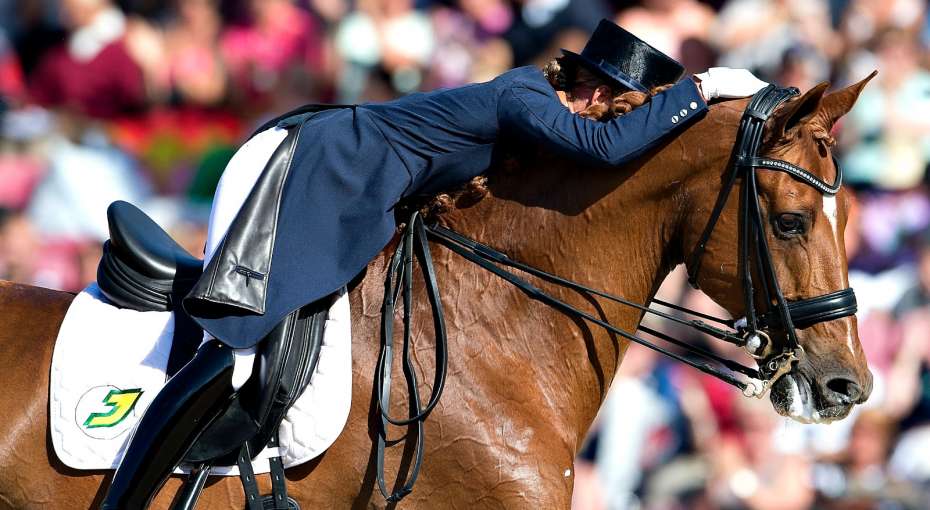 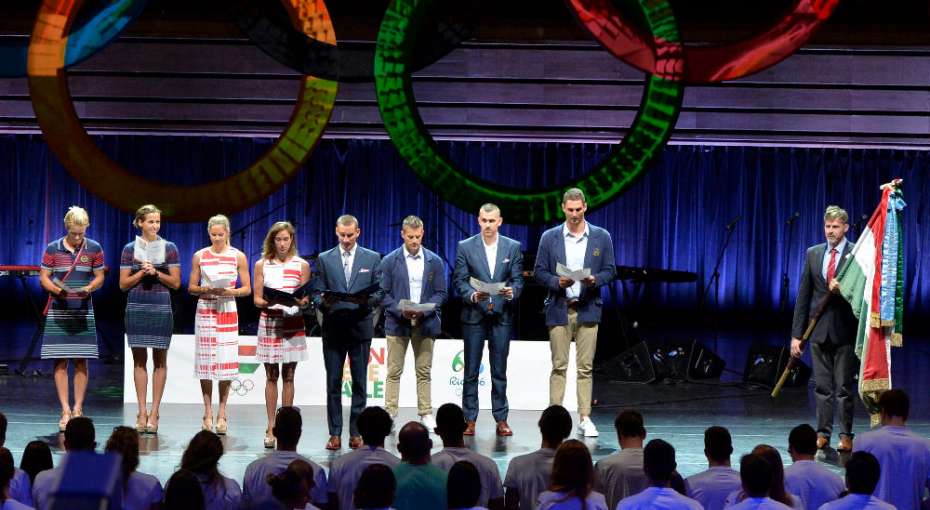 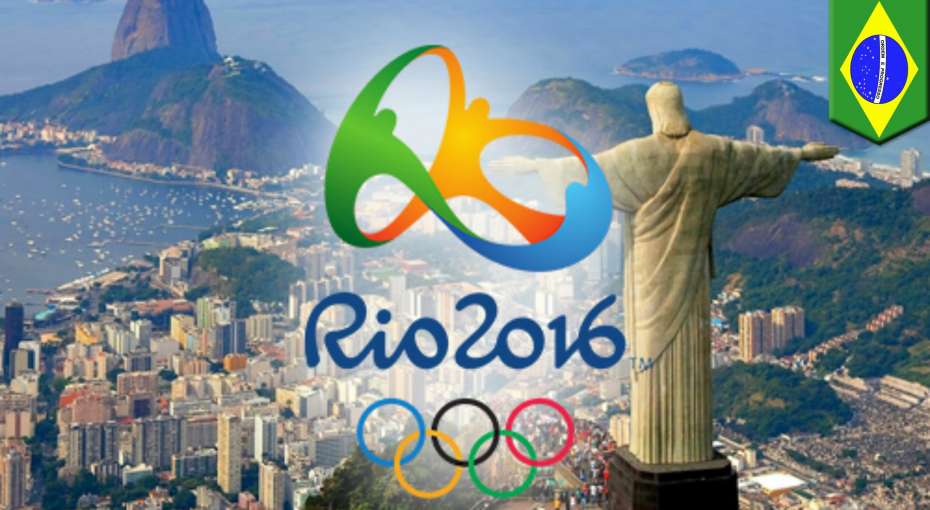 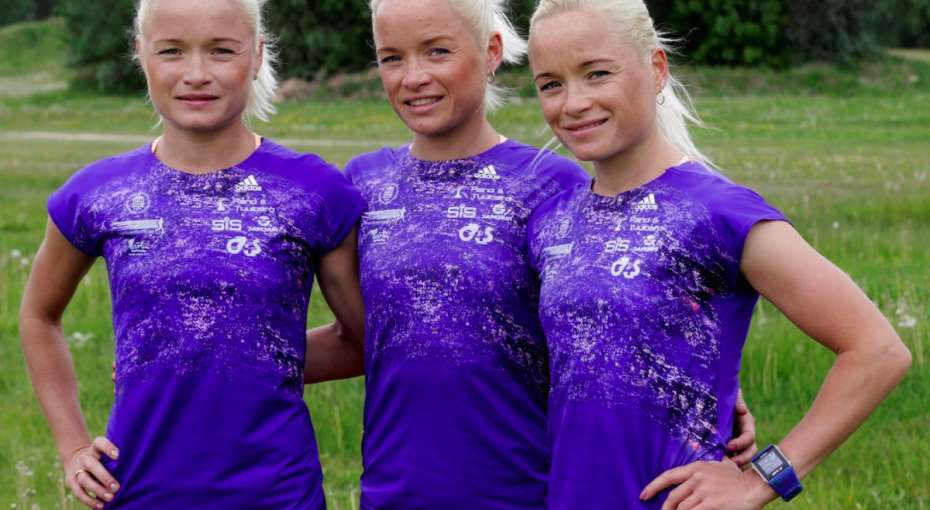