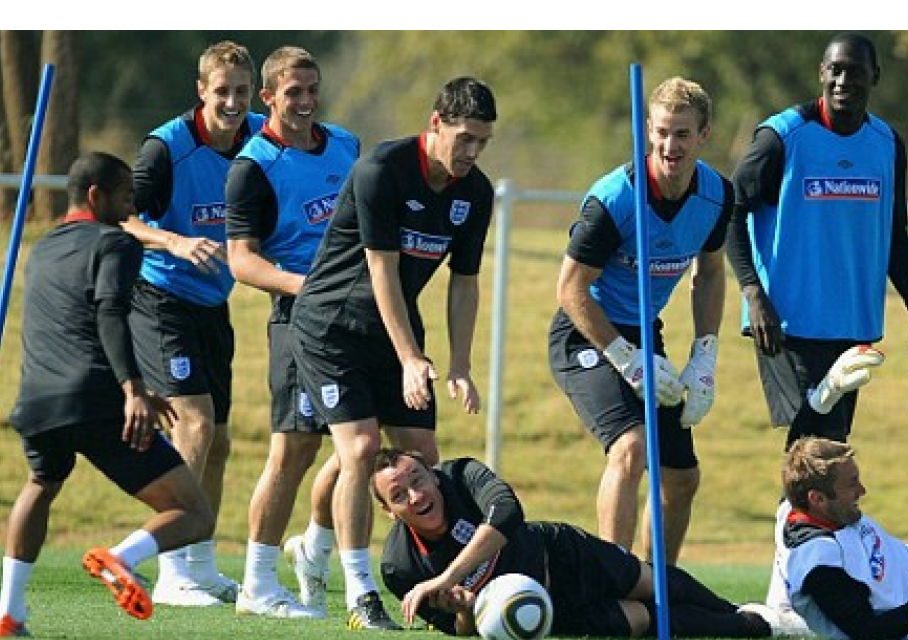 középfok
Facebook Tweet
Ha lábbal nem, kézzel biztosan megy a játék Szlovénia elleni meccs előtt. Pótold a megfelelő szavakat a cikkből. Szószedettel!
On the eve of one of their most important World Cup matches in history, England turned to rugby ...(1) inspiration. In their final training session before jetting ...(2) Port Elizabeth for Wednesday's crunch clash ...(3) Slovenia, the players took part in a game of touch rugby to loosen them ...(4). In desperate need of a result - probably a victory - in their final Group C match, Fabio Capello mixed his tactics up with an alternative start to the session at their Royal Bafokeng training complex in Rustenburg. John Terry, who apologised to his England team-mates in an exclusive interview with Sportsmail, was seen laughing and joking with the rest of the squad in the warm-...(5).

At one point, the Chelsea defender was seen rolling ...(6) the floor as he passed the round ball on. The storm surrounding his comments does not appear to be darkening his mood in South Africa. Every squad member - bar injured defender Ledley King - were able ...(7) train as they finalised their preparations. Terry was the first to emerge from the changing rooms with Joe Cole, the man he is pushing for a recall to the starting line-up against Slovenia. Capello's squad were forced to spend the morning training in Rustenburg after FIFA cancelled the planned sessions of both England and Slovenia inside the Port Elizabeth Stadium.

They are worried ...(8) the condition of the pitch, which could be seen to cut up badly during Monday’s game between Chile and Switzerland — the fourth game there ...(9) 10 days. Officially, heavy rain has been blamed by FIFA but local turf experts believe the problem is actually related to the amount ...(10) sand piled on before the tournament in an attempt to create a smoother surface. But it has instead served to make the top three centimetres loose and the pitch very heavy. 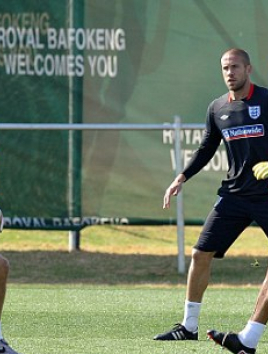