The prince, born April 23, is the youngest child of Prince William and the former Kate Middleton.

The Duke and Duchess of Cambridge’s youngest son was christened by the archbishop of Canterbury, the Most Rev. Justin Welby. Welby recently officiated at the royal wedding of Prince Harry and Meghan, Duchess of Sussex, on May 19. He also performed Meghan’s secret baptism.

The christening took place at the Chapel Royal at St. James’s Palace in London.

Prince William and the former Kate Middleton were joined at the christening by both of their families. Those in attendance included Prince Charles and Camilla, Duchess of Cornwall; Prince Harry and Meghan, Duchess of Sussex; Carole and Michael Middleton; Prince George and Princess Charlotte, James Middleton, Pippa Middleton and her husband, James Matthews. 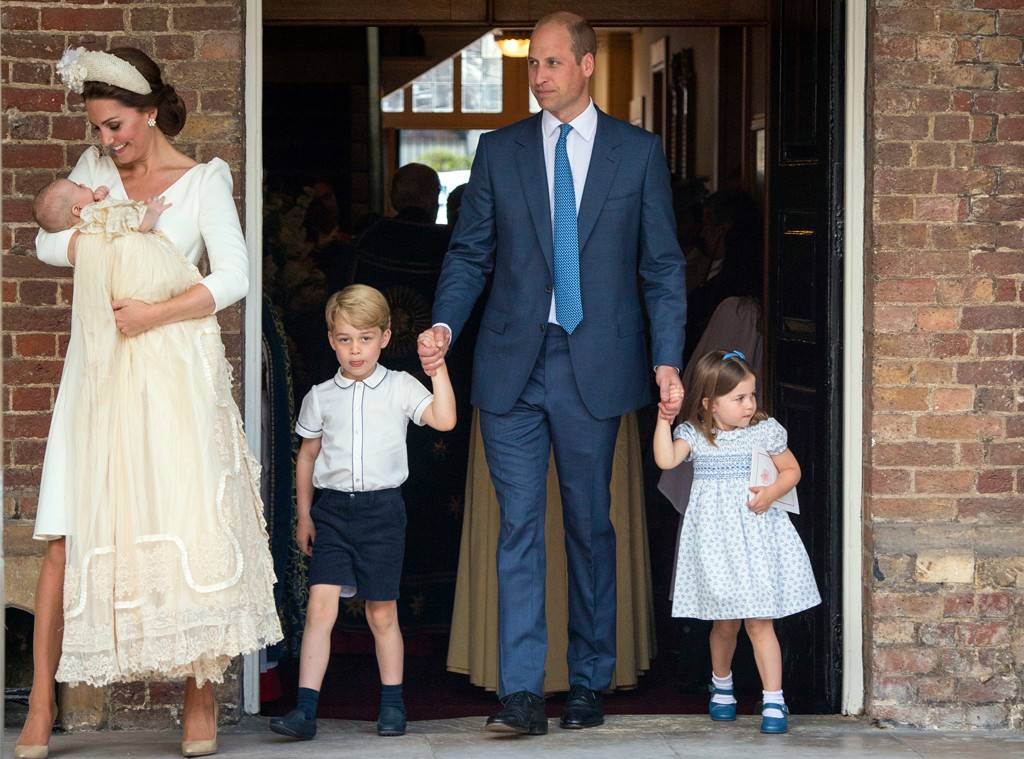 The Duchess of Cambridge wore a cream Alexander McQueen with a fascinator from Jane Taylor, according to People, while Meghan, Duchess of Sussex, chose an an olive Ralph Lauren dress with a hat by Stephen Jones.

Little baby Louis wore a handmade replica of the Royal Christening Robe, the palace said, which was made by the queen’s longtime dressmaker, Angela Kelly.

Prince Louis today was the eighth royal baby to be christened in the Honiton lace and white satin gown first used at the christening of James, Viscount Severn in 2008.

The frilly cream outfit is a replica of the intricate lace and satin christening gown made for Queen Victoria’s eldest daughter that was used for all royal baptisms until Lady Louise Windsor’s in 2004.

Prince Louis’ six godparents were also there. The group ― Nicholas van Cutsem, Guy Pelly, Harry Aubrey-Fletcher, Lady Laura Meade, Mrs. Robert Carter and Lucy Middleton ― was announced prior to the ceremony, in a statement put out by Kensington Palace.

Queen Elizabeth II and Prince Philip couldn’t make it the event. Buckingham Palace said their busy week of engagements, not health problems, was the reason, according to the Press Association.

Prince William and the former Kate Middleton later hosted a tea at Clarence House, where they served a christening cake made from a tier of their wedding cake, the palace said.

Prince Louis is fifth in line to the throne, after Charles, William, George and Charlotte.

Louis, Charlotte and George likely will be joined soon by a new cousin, as Pippa Middleton is expecting her first child with her hedge-fund husband James Matthews.

The Duchess of Cambridge’s sister recently confirmed her pregnancy in the fitness column she writes for the supermarket magazine Waitrose Weekend.

Kate Middleton arrived for the christening holding a sleeping Prince Louis in her arms as she was joined by William, George, Charlotte and fellow royals (but Queen and Prince Philip missed the occasion).

The Duchess of Cambridge cradled a sleeping Prince Louis in her arms as they arrived for his christening on Monday afternoon.

Radiant Kate, 36, beamed as she was greeted by the Archbishop of Canterbury outside Chapel Royal at St James’s Palace, London.

By her side was her husband the Duke of Cambridge, 36, who arrived holding the hands of Prince George, four, and Princess Charlotte, three.

The Cambridges were followed into the chapel by the Duke and Duchess of Sussex.

Uncle Harry reportedly bought little Louis the perfect gift for the occasion. According to The Sun, Harry purchased a first edition of A.A Milne’s classic book, Winnie-The-Pooh, for his nephew.

Harry reportedly spent roughly £8,000 on the book The sweet gift was inspired by Harry’s childhood memories, a source told The Sun. “One of Harry’s happiest childhood memories was being read a bedtime story by his mother,” an insider told the newspaper. “She loved all the old classics and Harry had the brilliant idea of starting a little library of first editions for Louis, Charlotte and George to enjoy as they get older.”

Originally, Harry reportedly wanted to buy Through The Looking Glass for Louis, which was on sale for £24,000, but he decided on A.A. Milne’s timeless story instead. 30,000 versions of 1926’s original Winnie-The-Pooh were published, and Harry reportedly bought Louis’s copy from Peter Harrington, a rare book store in London. 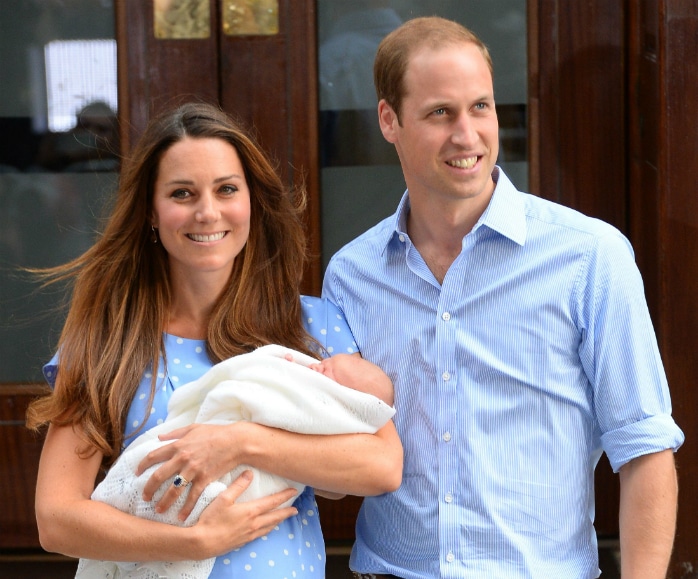 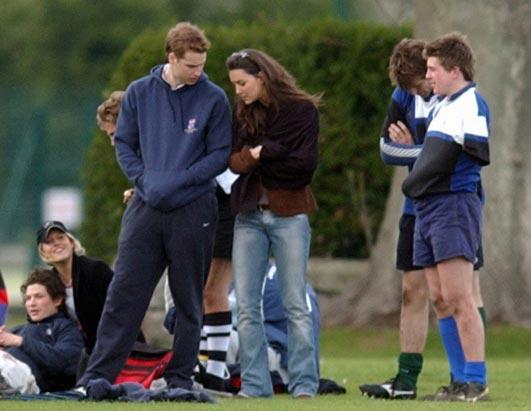 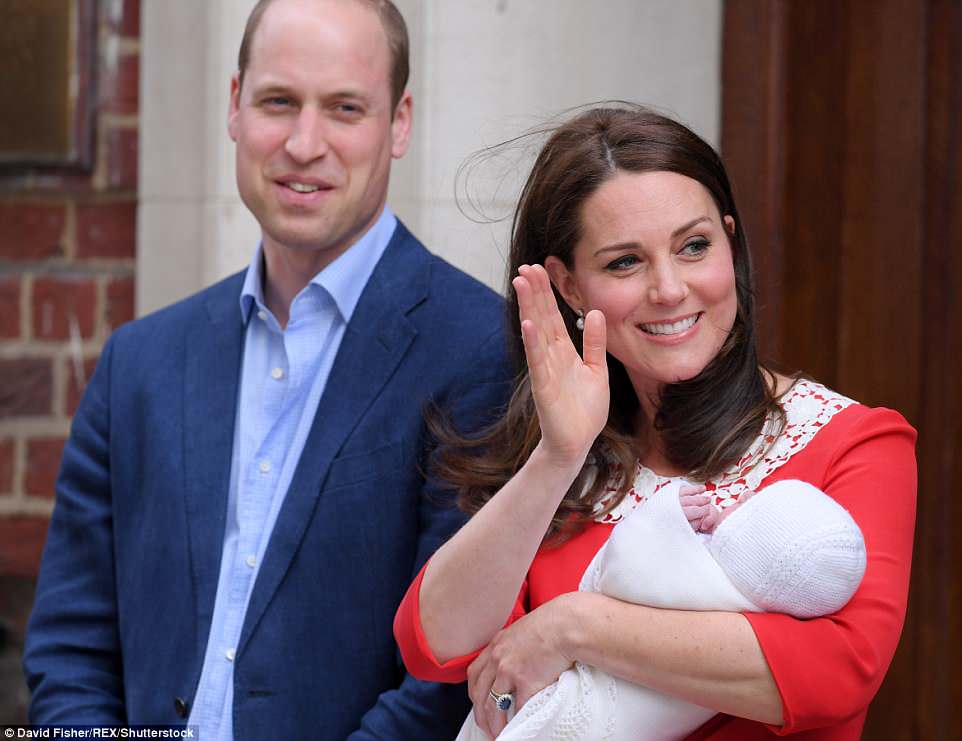