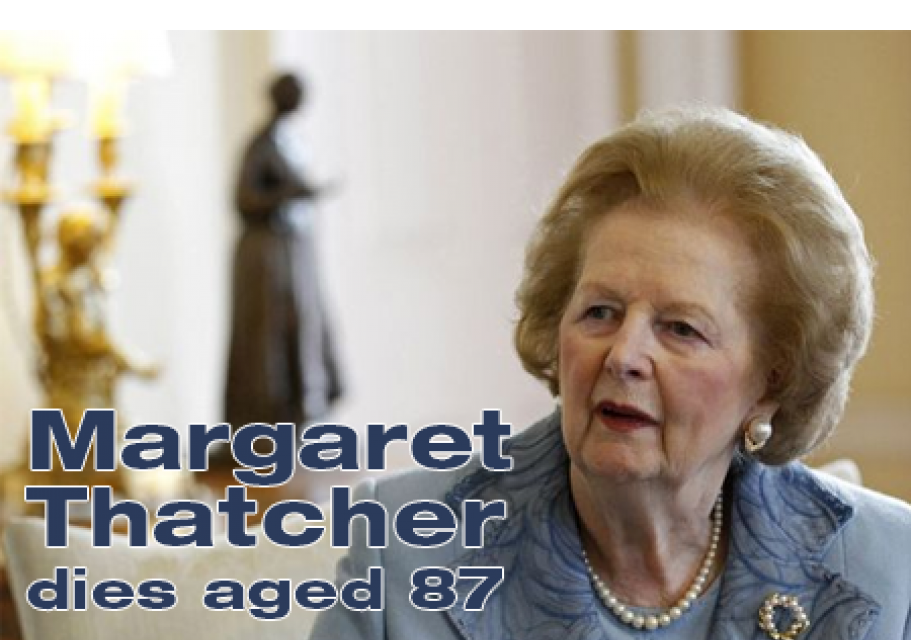 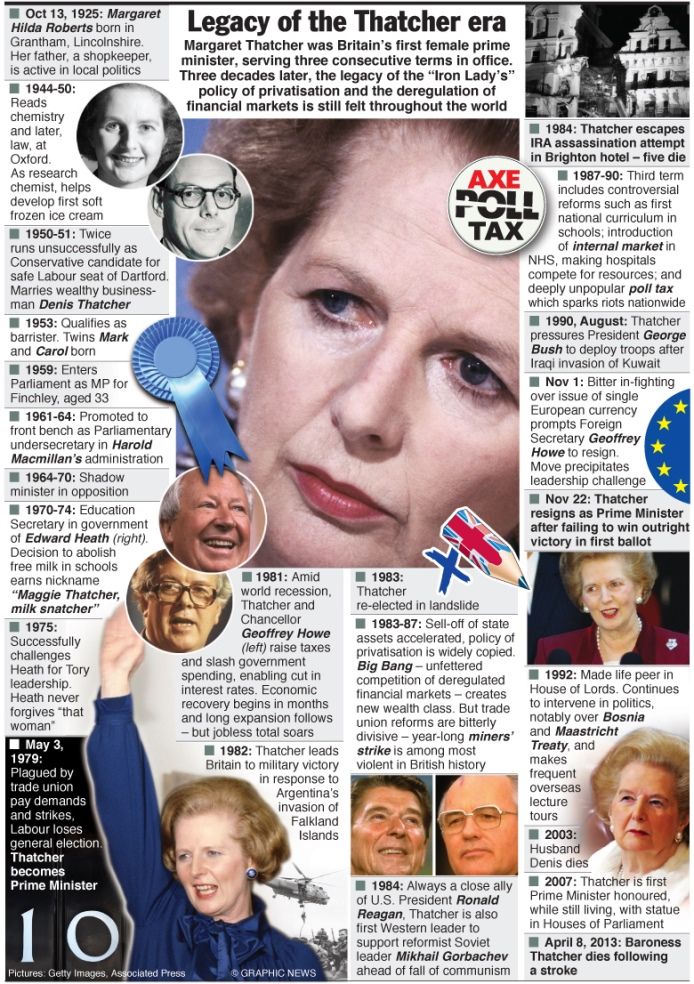 Margaret Thatcher, Britain's greatest post-war prime minister, has died at the age of 87 after suffering a stroke, her family has announced.

Lord Bell, her spokesman, said: "It is with great sadness that Mark and Carol Thatcher announced that their mother Baroness Thatcher died peacefully following a stroke this morning. A further statement will be made later." Known as the Iron Lady, Margaret Thatcher governed Britain from 1979 to 1990. She will go down in history not only as Britain's first female prime minister, but as the woman who transformed Britain's economy in addition to being a formidable rival on the international stage.

Lady Thatcher was the only British prime minister to leave behind a set of ideas about the role of the state, which other leaders and nations strove to copy and apply. Many features of the modern globalised economy - monetarism, privatisation, deregulation, small government, lower taxes and free trade - were all promoted as a result of policies she employed to reverse Britain’s economic decline. Above all, in America and in Eastern Europe she was regarded, alongside her friend Ronald Reagan, as one of the two great architects of the West’s victory in the Cold War.

Lady Thatcher had become increasingly frail in recent years following a series of small strokes in 2001 and 2002. Her daughter Carol also revealed in 2008 that she had been diagnosed with dementia, which had increasingly affected her memory for the last decade.

Lady Thatcher published two volumes of memoirs. The first, The Downing Street Years (1993), covered her time as Prime Minister, while the second volume, The Path to Power (1995), concerned her early life. She also published a magisterial volume on international affairs, Statecraft (2002). 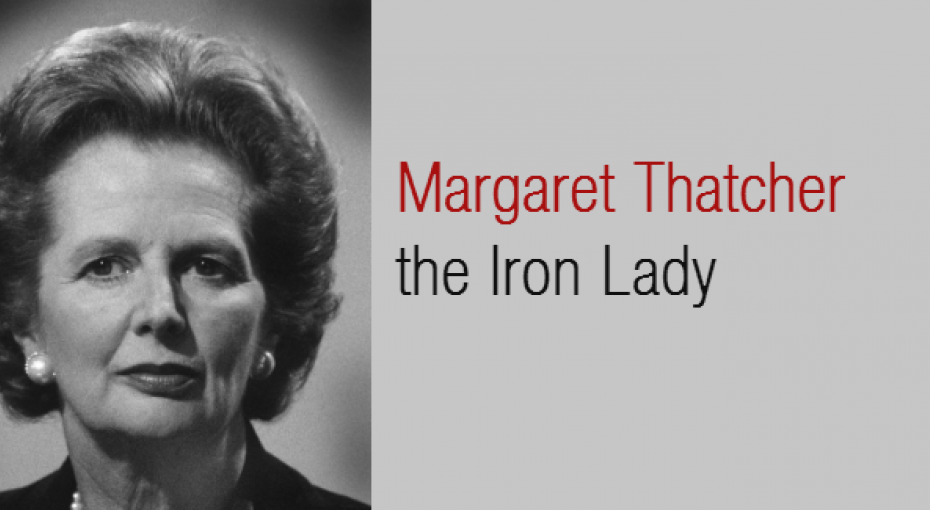