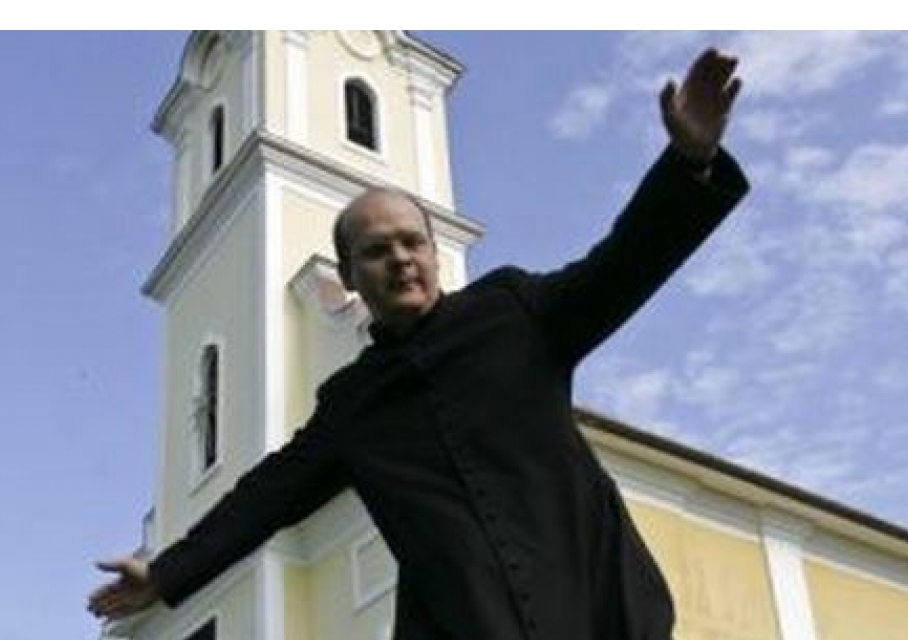 középfok
Facebook Tweet
A világsajtót bejárt történetben egy magyar katolikus pap bemutatja, hogyan tud gördeszkázni. Videóval!
A Hungarian Catholic priest has become an internet sensation for spreading the word of God - from his skateboard. A video of Reverend Zoltan Lendavi showcasing his skateboarding skills has become a YouTube hit, with some versions having more than 170,000 views. The video, Funny Priest Skateboarding, shows 45-year-old Lendavi, in full clerical dress, showcasing his moves for youngsters outside his church in Gaborjanhaza, a small village on Hungary's border with Slovenia.

Father Lendavi, whose first skateboard is said to have featured the Papal coat of arms, said he believed his skateboarding could help encourage more youngsters to go to church. "There are many ways skateboarding can help bring people closer to God."

Father Lendavi learnt his skateboarding skills when he was a teenager, but it wasn't until he became a priest, he realised he could use his skills to help youngsters find God by spreading the word from his wheels. He said he got the idea from Saint John Bosco, an Italian priest and educator in the 19th century who dedicated his life to improving the lives of youngsters and used games as part of their education. And his skateboarding sermons seem to have paid off as three teenage boys, who had never been to church have now started coming regularly after the priest shared some of his skateboarding skills with them.