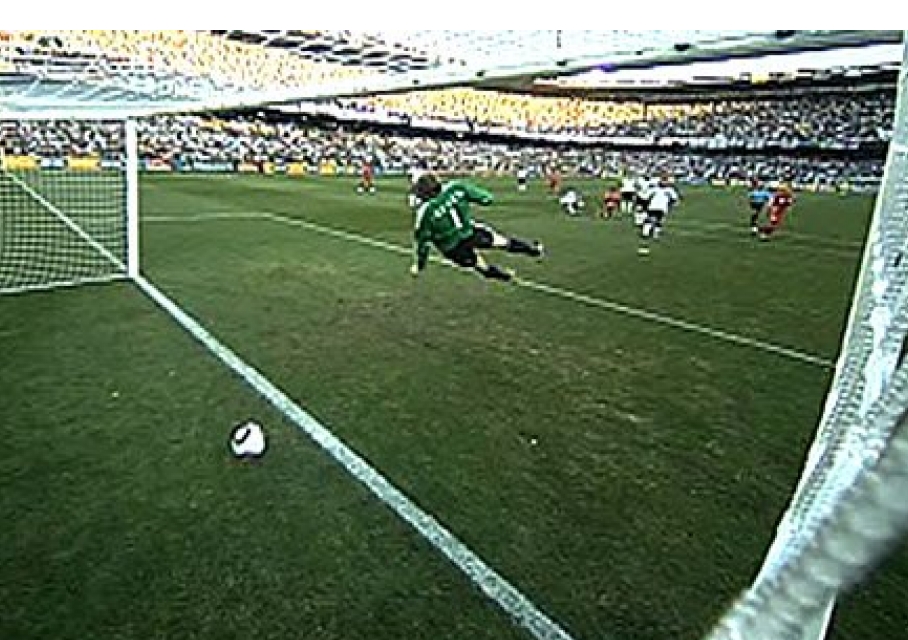 középfok
Facebook Tweet
Vicces képek lepték el az internetet a botrányos angol játék és meg nem adott gól után. Cikk szószedettel!
If there was any doubt that the referee made the wrong decision in disallowing Frank Lampard's World Cup goal today, virals sweeping the internet have put it to rest. Within hours of England's disastrous 4-1 loss, the internet was awash with references to the controversial decision, including one doctored image featuring a white line showing just how far the ball had made it past the goal posts.

England fans at home and in South Africa reacted furiously to the decision to disallow Lampard's goal, while referee Jorge Larrionda and his assistants left the field at half time to a chorus of boos. Mark McGraw, 46, a ground worker from Eastwood in Nottingham, said: "It's a joke. The linesman was half way up the pitch. They're trying to get us back for '66." Richard Carter, 37, a professional gambler from Shaw in Oldham, said: "I'm sitting a hundred yards away and it was definitely in. I would like to know what the referee and linesman were looking at. They clearly weren't watching the game."

Another fan chipped in: "We need a Russian linesman." TV presenter Jonathan Ross was likewise left dumbfounded by the disallowed goal. That was so far in even I could see it without my lenses in!!," he tweeted. 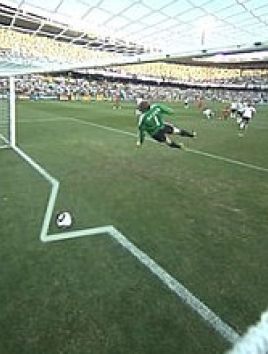 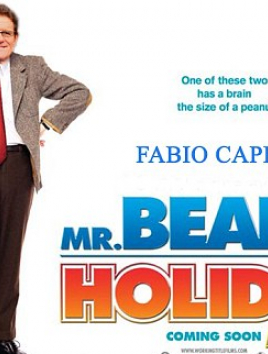 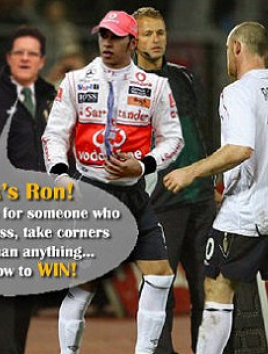 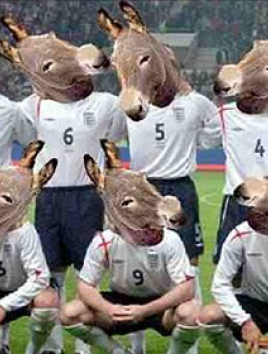 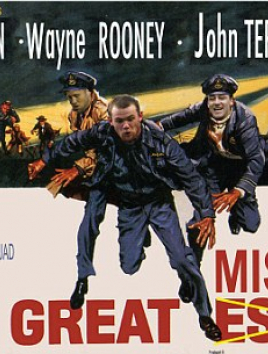 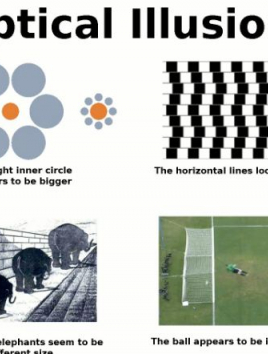 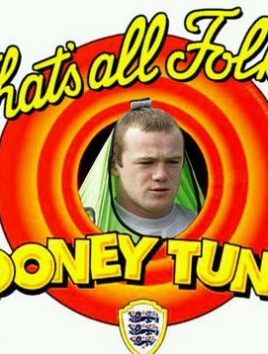 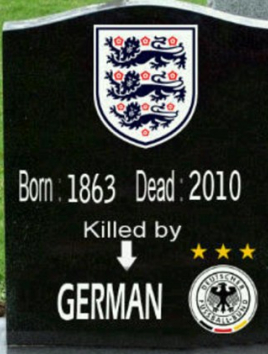