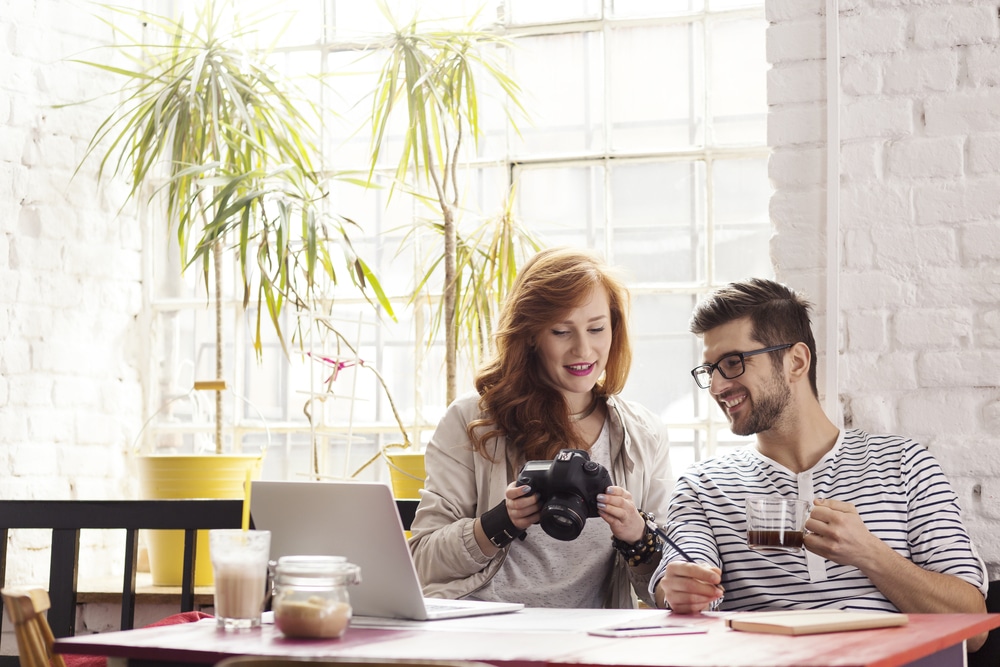 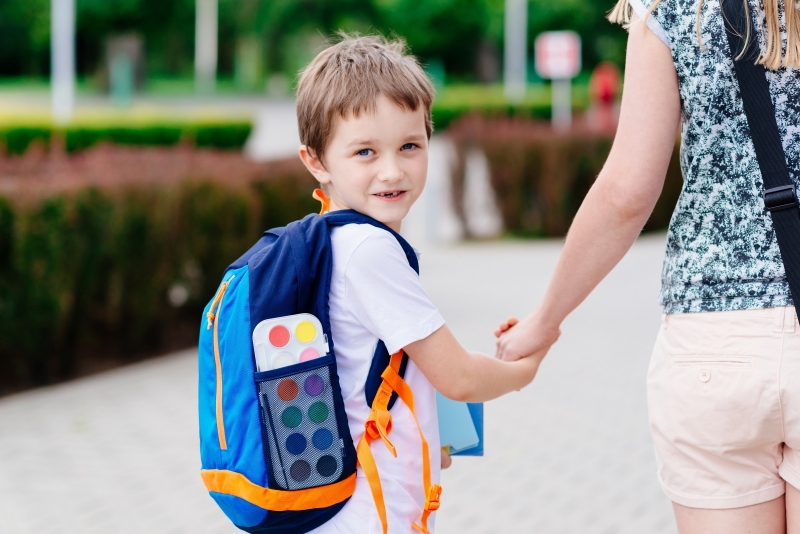 In the picture we can see a little boy and his mum. He is holding his mum’s hand and they’re going to school. The little boy is carrying a schoolbag on his back. Probably there are books, exercise books, pens and pencils in the schoolbag. There is a paint box in the side pocket of the bag with twelve different colour paints in it. In his left hand he is carrying a light blue and a dark blue book or exercise book. His schoolbag is also light blue and dark blue with an orange zip, an orange stripe and orange straps. He is wearing a white shirt and probably dark trousers, but we can’t see it. He is smiling. One or two of his front teeth are missing. He is about six or seven years old, and maybe he will start first grade now. The weather is nice and warm, the sun is shining. There are green bushes in the background. The mum is wearing light clothes, white shorts and a black and white sleeveless T-shirt. The school must be near their home, because they are walking to school and they are not travelling by car or by public transport.

There is a schoolboy in the picture who is going to school with his mum. It is probably 1st September, because school always starts on 1st September in Hungary. This must be his very first day in school. He looks happy and excited and he is looking forward to his day. He is wearing a white short sleeved shirt, that’s what children are expected to wear when there is a school celebration. He is smiling and he is holding his mother’s hand. His schoolbag looks brand new and it’s probably full of shiny new school stuff they’ve bought for the start of the school year in the ‘back to school’ sales in shops. He is carrying the bag proudly. His teeth are gappy at the front. He must be six or seven years old, because in Hungary children start school at this age. He will spend his morning in school. I’m not sure about his afternoon, because some of the children stay and write their homework and study for the next day in school, while other children can go home after lunch. Children in first grade usually have four or five lessons a day and they get some homework to do after school. They learn to read and write and count, they learn about the environment, they have drawing and singing lessons and they have PE lessons every day. In most of the schools they start learning a foreign language as well in first grade.

I still remember how giddy and excited I was on the first day of school. I felt big and I was very proud that I could go to school while my little sister had to stay in kindergarten for one more year. I had an excellent teacher who was fun to be with and who made us all like school and learning. I was always a good student with good grades and I was happy to start school on the first day of September after the long, relaxing summer holidays.

A happy, gapped tooth smile, excited, sparkling blue eyes – this little boy seems to have high hopes for his first day in school. He must have spent the summer preparing for the big event. They bought his schoolbag and all the school stuff – exercise books, pencil case, pens, pencils etc. – he needs for this big adventure of life, called school. Whether his hopes and dreams will be fulfilled or rather shattered depends on a lot of things. It’s usually the parents who decide what kind of school their child will attend and it’s a decision that should be taken very seriously. The elementary school years are a very decisive period in a child’s life. That’s the period when they learn the basics of the learning process and lay the foundation upon which everything else is built. If the foundation crumbles the building won’t be able to stand. If children don’t learn the basics well enough they might not be successful later on in life. That’s why it’s a big responsibility to choose a school. Sometimes parents choose the teacher rather than the school, because in lower primary the influence of the teacher is what counts the most. If the child is lucky enough to have an excellent teacher in his or her first four years in school his or her school career will start out very well. On the other hand, if the teacher happens to be a bad choice it might ruin the whole learning process from the very beginning and might make the child hate school for a lifetime. Children usually spend most of their day in school, they even have their meals in the school canteen. And even after school, when they go home at last, they have to do their homework and prepare for the next day. So schoolchildren’s life is not always easy.

Getting used to the daily routine of school after kindergarten can be rather trying for first graders. They have to get up early, be in school on time, sit still for long periods of time and do what they are told to do. Playing and having fun are usually not part of the package, at least not as much as they used to be in kindergarten. Kids should move a lot, as it enhances the cognitive functions of the brain, but unfortunately there isn’t enough time for that in schools. Everything is set, rules must be kept and children’s creativity is not generally encouraged. Whether compulsory schooling is a blessing or a curse for children has been debated through the centuries. But school is a must and a good beginning is crucial, so let’s cross our fingers for this cute little boy! 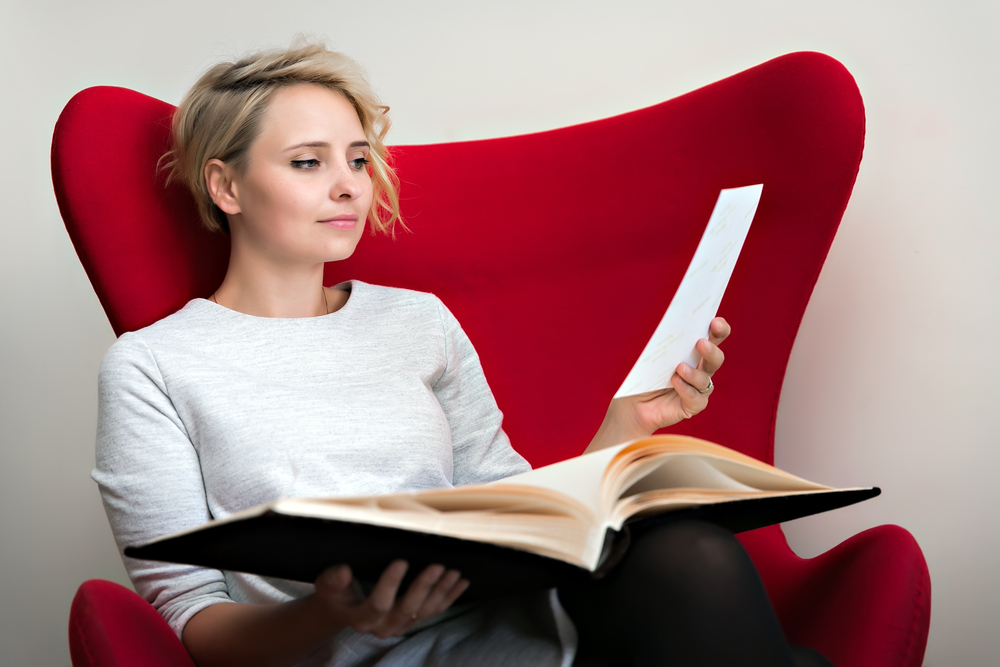 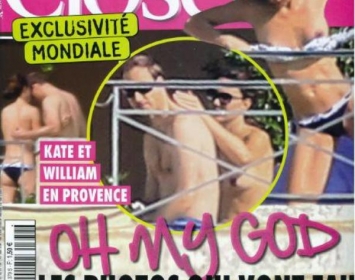