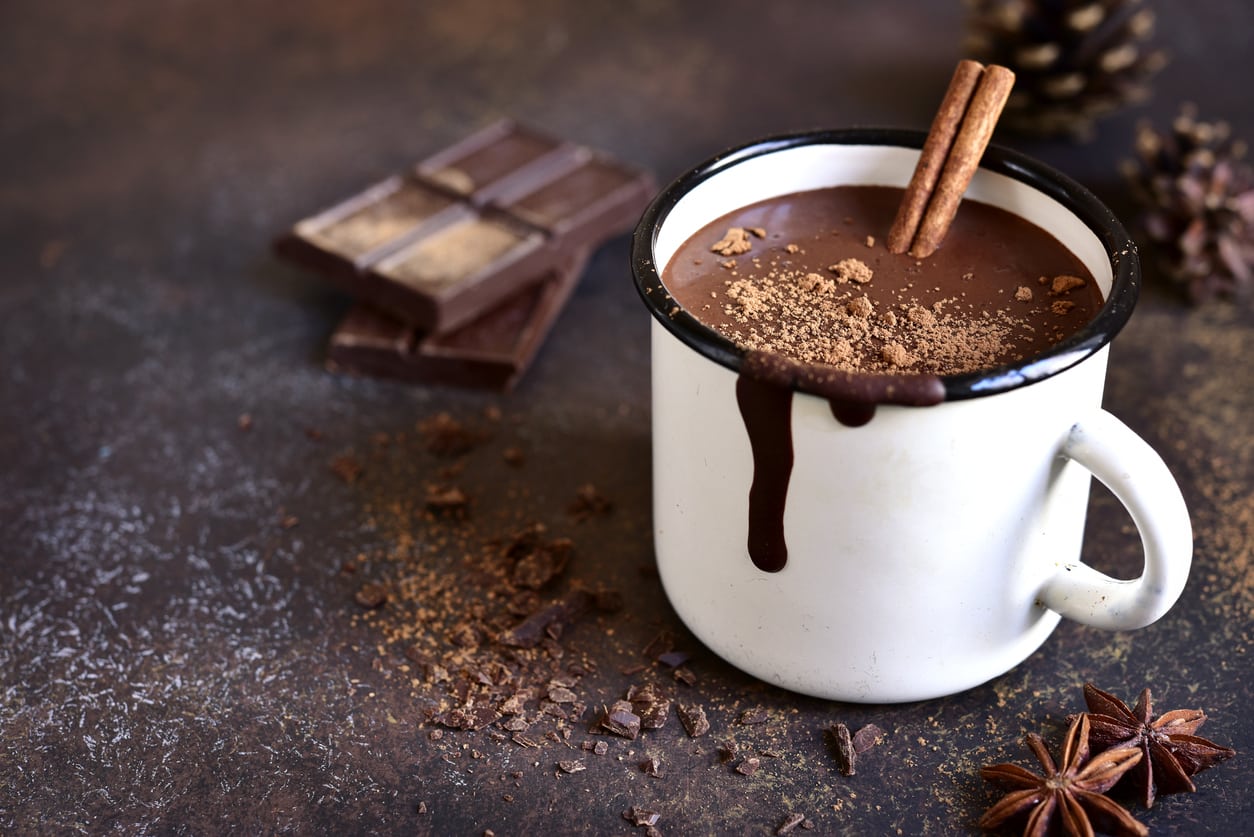 10 Warm Drinks To Spice Up A Cold Winter Night

When the weather gets colder, people tend to opt for something rich, hot, or both. These beverages are brought out for the holidays. Most have names that you don’t hear much outside of the season, and many have an origin story that dates back hundreds, if not thousands, of years.

Few drinks are as synonymous with the colder months as eggnog. The beverage is made with eggs, milk or cream, spices, and sugar. It has historically had some type of alcohol in there, whether it be rum, whiskey, wine, or something else, but it’s easy to find non-alcoholic versions today as well.
The exact origin of eggnog is a little murky, but it’s thought to come from the posset, which is a hot drink of spiced and sweetened milk curdled with alcohol originally made by 13th-century monks in England. What is known is that it falls into the wider category of nogs, which is a word that dates back to 1685–95 and simply refers to any beverage made with beaten eggs.

This drink is true to its name. Hot buttered rum is historically made with a pat of butter, rum, hot water, and sugar. The drink itself is thought to date back to colonial Americans looking for a warm way to drink their rum in the winter. It was made with butter and spices like cinnamon, nutmeg, cloves, and sugar, which was stirred into rum and hot water.

This rum-based winter cocktail has nothing to do with the cartoon of the same name. The Tom and Jerry is made with rum that’s mixed with warm milk and a batter of eggs, butter, sugar, nutmeg, cloves, vanilla, and cinnamon. Some say it was invented as a publicity stunt in 1821 to draw attention to the play Tom and Jerry, or Life in London. If so, this is one publicity stunt that’s survived longer than what it was meant to promote. Jerry Thomas helped to popularize this drink in his cocktail recipe books in the 1800s, and the Tom and Jerry had a resurgence at cocktail bars in the 2000s, especially during the holidays.

Translated literally as “little coconut,” coquito is a Christmas drink originally from Puerto Rico (not to be confused with the Chilean palm of the same name). Think of it as a winter piña colada that lacks tropical fruit. A coquito has rum, coconut milk, coconut cream, vanilla, and sweetened condensed milk. Spices like cinnamon and cloves are often used as a garnish. Some histories list coquito’s origin to locals who made an eggless mix of colonial Spain’s eggnog, while others say it was created in the 1900s when canned milk became widely available.

This name may sound familiar to anyone who has joined in a singing of “Auld Lang Syne” on New Year’s Eve. Auld Man’s Milk, like the song, is of Scottish origin, and, as you might guess, it’s typically consumed around the new year (Hogmanay in Scotland). The drink itself is similar to eggnog but with a Scotch twist. It’s made with eggs (the yolks and whites are separated), sugar, milk, and Scotch whisky that’s mixed together and garnished with nutmeg or other holiday spices.

Mulled wine is a warming winter drink with one of the oldest histories on this list. Second century Romans would heat their wine along with spices, herbs, and flowers for added flavor. Exactly what those spices were depended on where in the Roman Empire people were drinking, with plenty of variations across Europe. Variations came up through the Middle Ages, like lutendrank (a spiced wine with milk from Sweden) and glögg (a warm Nordic mulled wine). Germany’s version is called Glühwein, which translates to “glow wine” and reportedly gets its name from red hot pokers traditionally used to heat the drink.
At the most basic, however, these are all types of mulled wine. By definition, mulled wine comes from the verb mull, which means to heat, sweeten, and flavor with spices for drinking and dates back to 1610–20.

This simple drink is perfect for a cold day. A hot toddy is made with a liquor like whiskey or rum, honey, lemon, and tea or hot water. It historically was used as a cure for the common cold. Though we now know alcohol isn’t a sickness cure-all, it’s still a popular winter sipper. Hot toddies are common and have roots in Scotland and Ireland, but the name for the drink has roots elsewhere. Toddy, meaning a hot alcoholic beverage that’s sweetened and spiced, was first recorded in English around 1600–10 and comes from the Hindi word tāḍi.

Atole is a Central American drink that’s made with ground corn flour called masa (the same base for corn tortillas) that’s mixed with warm water and strained. Warm milk and spices are then added. The name comes from the Indigenous Nahuatl language, and it’s unknown how long it’s been consumed. Today, as in the past, the warm drink makes cold days a little less biting.

Champurrado is an atole that mixes in another ingredient originally from the Americas: chocolate. The only difference is a disk of chocolate that’s dissolved in milk before the strained masa is mixed in. Champurrado is a popular drink at Day of the Dead (Oct. 31–Nov. 2) celebrations in Mexico.

Germany’s Glühwein may get most of the attention when it comes to the country’s winter holiday drinks. Kids and people who don’t drink alcohol have their own version, though, called Kinderpunsch (the word is a combination of Kinder, or “children,” and punch). The warm and spiced non-alcoholic beverage has similar ingredients as Glühwein, like cloves, star anise, citrus, and cinnamon, but uses juice or non-alcoholic wine. If you add mit Schuss, you’ve literally made the same drink “with shot.” 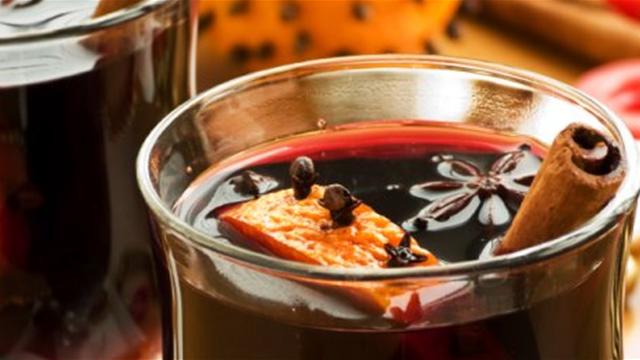 How to make Mulled Wine? 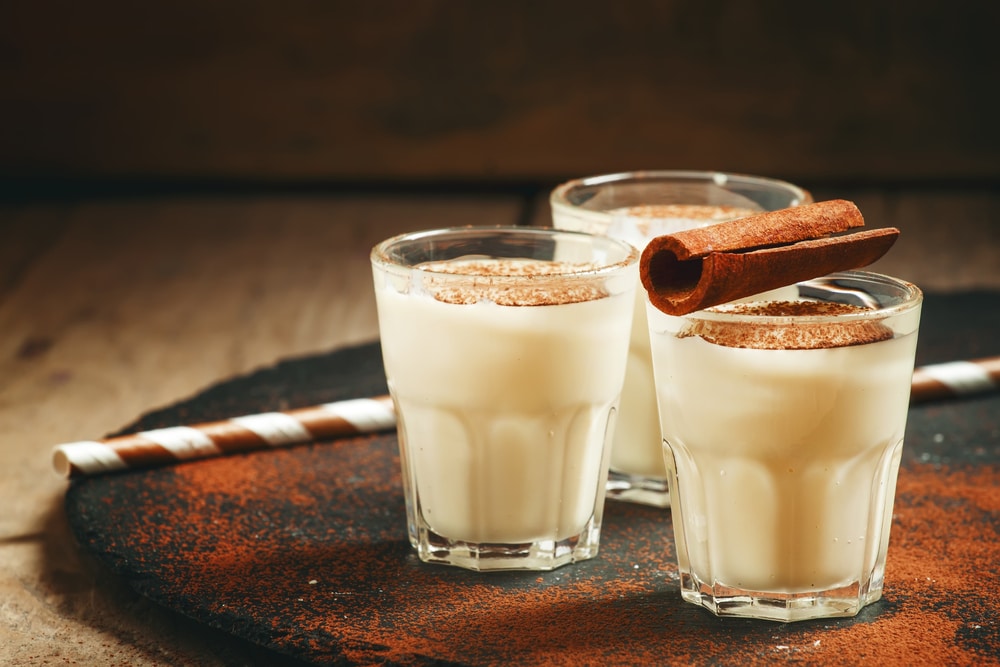 How to make Eggnog? 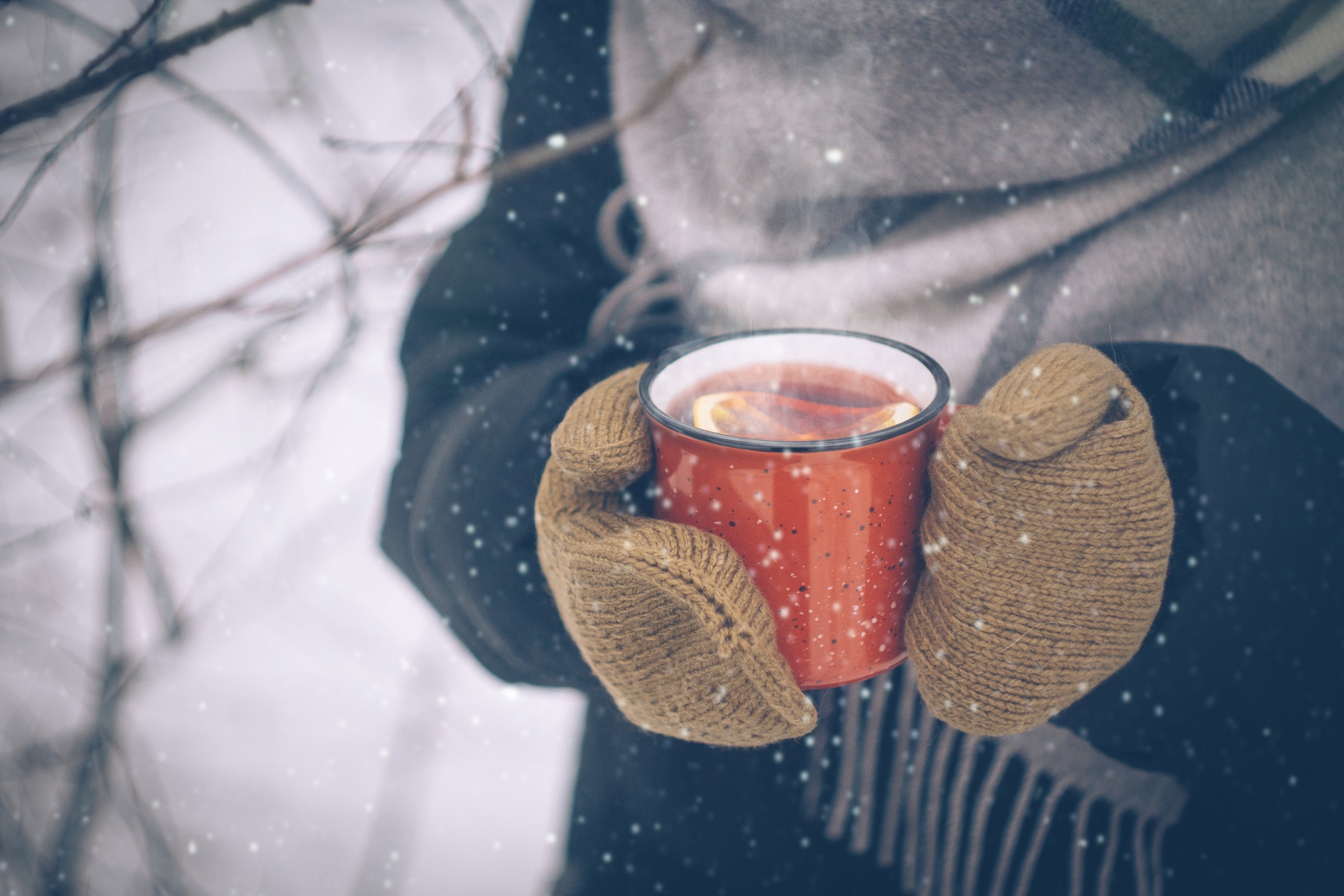