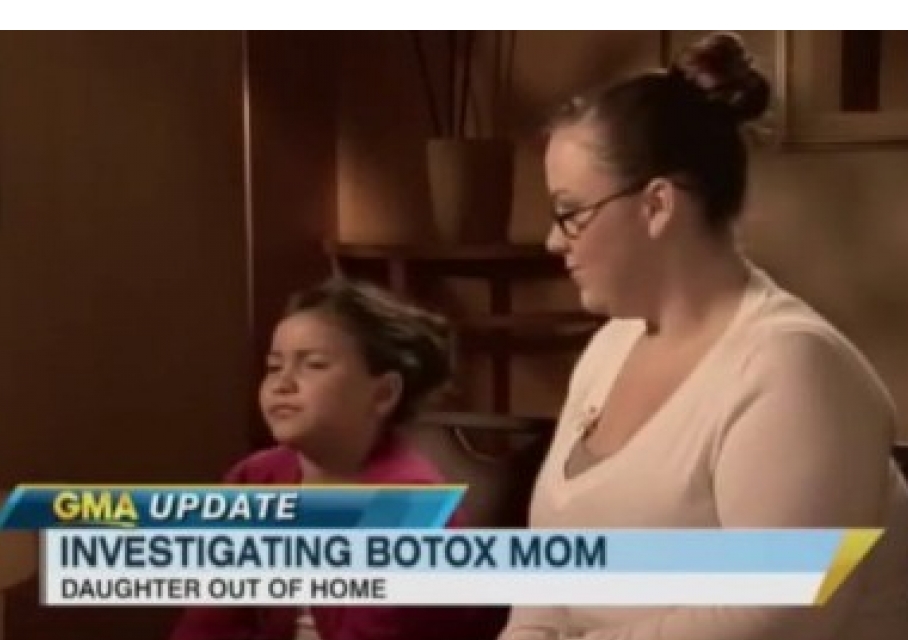 You're watching multisource US video news analysis from Newsy.

TMZ got its hands on a sworn statement from "Botox mom" Kerry Campbell where she says- she duped several news outlets with her story about giving her daughter Botox injections.
Campbell- who says her real name is Sheena Upton- claims British tabloid The Sun paid her 200 bucks to play the role of "Botox mom".

And as CNN's Anderson Cooper explains- the story doesn't end there.

Anderson Cooper: "But wait, there's yet another wrinkle. The Sun- that's the British tabloid- is standing by its story and tells TMZ- it's thinking about legal action. And ABC says that Good Morning America interviewed a whole bunch of sources who all confirmed that yes, this lady did give her child Botox injections. So what are we supposed to believe? Finding the truth here is like finding a needle in an 8-year-old's face...in a haystack."

ABC's Lara Spencer- whose interview with Botox mom put the story on the media map- says regardless of what the truth is- it doesn't bode well for Upton.

Upton temporarily lost custody of her daughter when the Botox story broke. Legal expert Wendy Murphy tells NBC- even if she made the whole thing up- the mom could still face legal repercussions.

Wendy Murphy (Former prosecutor, child advocate): "Even if no Botox was used, this mom has admitted jabbing her 8-year-old child with a needle. That's a kind of physical harm that is covered by protective services law in California. FLASH Then I think there's another important part of the law that says if you force your child to perform in a way that is exploitive and degrading, that's also a form of neglect."

But was the Botox fairytale Upton's idea? Or The Sun's? A Wizbang blogger is betting on the latter.

"Given that the British tabloids are already on record as having hacked the mobile devices of numerous celebrities, it's not a real big leap to believe they may have fabricated this story... What is amazing ... is that it only took $200 to get this lady to basically admit to being the most heinous mom on the planet."

But a dermatologist tells ABC- there's no blood test to check for Botox use- and Upton says the last injection was three months ago.

Dr. Ava Shamban (Dermotologist): "It's extremely unlikely that you would see any effect from the Botox at this point in time."

ABC News reports Upton has declined an interview with the outlet since the story broke on TMZ.


Get more multisource US video news analysis from Newsy.